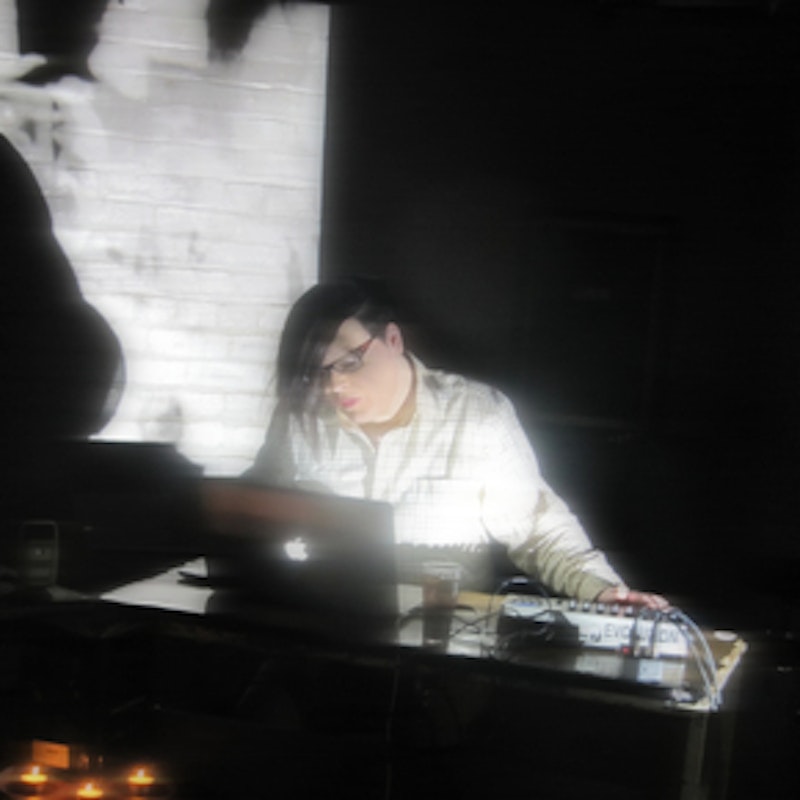 “entertaining all sorts of thoughts with the finest tea and some nice cake” leads with a sort of Erik Satie-esque motif: piano notes beaded together, peaking twice into startled climaxes, on a loop. Except, it isn’t a loop. That last note starts to leap an octave higher, scattering ancillary notes like confetti or handfuls of smashed crystal. Thereafter, “entertaining” expands further, appending accents, flourishes, extra motifs that feel like darker, more subliminal clones of what came first. It’s a bit like watching your usual reflection in a bathroom mirror multiply into various Elseworlds versions—each one with no cognizance of the others.

Somewhere beyond its midpoint, “entertaining” dispenses with peaks; they’re diminished in favor of the initial, panicked swoosh of ivory which, if the listener is especially sensitive or in a bad humor, may inspire fear, disquiet, a sense that things aren’t quite as they should be. The surreptitious shoving of those peaks back to the fore, shortly thereafter, doesn’t help matters. Maybe this isn’t really the place or moment for a celebration. Maybe we’ve stumbled into the wrong party.