Waiting and wasting decades trying to follow up your debut. 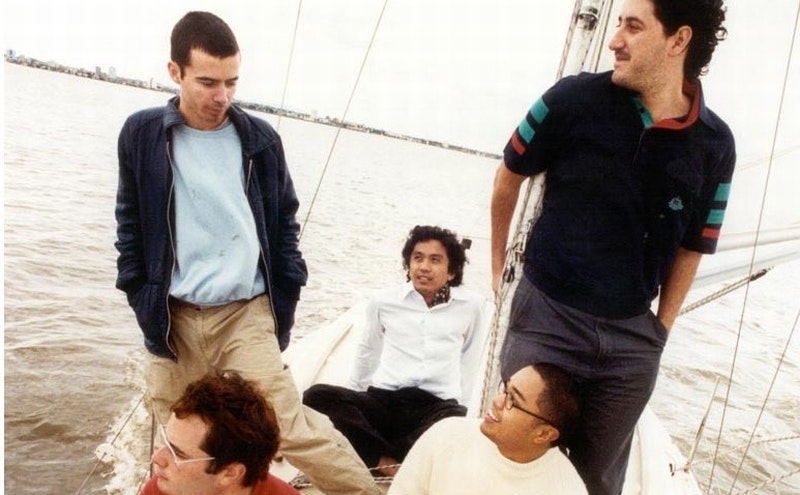 Yesterday, The Avalanches announced Wildflower, their first album in 16 years. Their only full-length record, Since I Left You, was acclaimed at the time but has largely been forgotten, remembered mostly by those who were around to hear about the hype, get the record and wait years for something else. Disappearing after your debut is rude. Barring any tragedy or sudden religious conversion, you should follow through for the fans and get over the sophomore slump or whatever sense of fatal perfectionism is keeping you from moving on. Josh Dibb, aka Deakin, of Animal Collective finally released his first solo album, Sleep Cycle, a couple of months ago, six years after first announcing it through a Kickstarter campaign to fund a trip to Mali. Around 2012, the backers of the project started getting antsy and Dibb had to make a mea culpa right as Animal Collective’s Centipede Hz came out. Back then, and again this year in the handful of interviews he’s given, Dibb cited severe self doubt and poor self esteem: “It was really difficult for me to ever put effort into making my own stuff without feeling the weight of, ‘This isn't going to be as good as anything John Lennon ever did,’ or whatever.”

What’s the point of having another album by The Avalanches in 2016? No doubt their fans are happy, albeit skeptical about the first single “Frankie Sinatra,” but the band’s moment has passed. That’s not to say that The Avalanches were ever riding some massive cultural or trend wave—Since I Left You was a buzz record that appeared on a lot of year-end lists but hasn’t really endured in the consciousness the same way that Endtroducing….. by DJ Shadow or Person Pitch by Panda Bear has, if I can lump a few plunder-phonics records here. You can’t just put out a record that’s utterly sui generis and then disappear and leave everyone hanging. Because when the next release finally does come out years later, the feeling has passed. The best example of this is My Bloody Valentine: there was a 22-year wait in between Loveless and 2013’s mbv. Does anyone remember anything about that record? It was so disappointing because yes, this would’ve been perfect in 1993, or 1995, with half a dozen records that followed it.

There were so many years after Loveless that people just got used to it as all they had, and all they needed. Chinese Democracy by Guns ’n’ Roses is the classic example, but outside of commercial pressures and radio trends, Kevin Shields with mbv proved that the longer you wait, the bigger any enemy your legacy becomes, especially if it’s one or two records. Don’t hold your breath for anything breathtaking from The Avalanches, it’s just been too long.