The Kurt Cobain Barrel Is Empty

Montage of Heck is well executed, but trods on old ground. 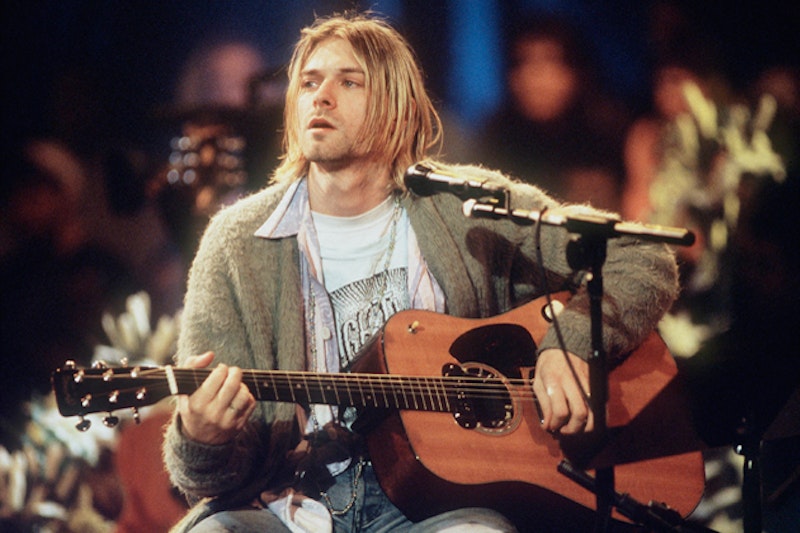 Despite years of buying Nirvana bootlegs and unreleased material, I never came across “Montage of Heck,” a 33-minute sound collage made by Kurt Cobain when he was 19. Brett Morgen’s new documentary about Cobain takes its name from this piece, a four-track tape collage in the vein of “Revolution 9.” Though portions of the tape had been circulating for years, Morgen surreptitiously put it up on Vimeo last November. Sensitive and suspicious of any Nirvana clickbait, “Montage of Heck” blew me away, and for the first time since “Do Re Mi” came out in 2004, I felt the rush of hearing something new by Cobain. It was amazing and inspiring. Cobain’s obsessions and sense of humor come out more than in any Nirvana song: bodily fluids, bad TV, kitschy 1960s and 70s singles, bending banal pop culture debris through the eyes of someone profoundly damaged by it. “Montage of Heck” is a lot more illuminating than another boombox demo of “All Apologies.”

Morgen’s film Montage of Heck is not as exciting for Nirvana fans starved for scraps. Although Morgen has stressed that his film stands alone, most of it goes mines old ground. I was disappointed by how much familiar footage was used: interviews and live performances that were touted as exclusives in the promo rollout that have been available for years. The big gets are home movies documenting the first and last years of Cobain’s life. The Super-8 footage of Cobain as a toddler is typically home movie cute, but the one shot that stands out is Cobain in a Batman costume running up and down an alley in his neighborhood, set to “Oh, Me.” The camcorder footage of Cobain and Courtney Love in drug den squalor is much more light-hearted. He’s alone, he’s in love, he’s high, he’s comfortable. None of the dour talk about sour stomachs and reluctant rock stars—here we see Cobain and Love fucking around, being silly, playing with their daughter, and constantly reading articles about themselves. Cobain brings up and talks shit about Axl Rose, betraying a jealousy of Rose’s ability to be a “proper” rock star. He sarcastically complains that he could be playing arenas with Axl that summer, “playing Nazareth songs,” but no, “I’m too needle sick, mannn.” And then the Cobains riff on the image of them as junkies, shaking and slurring their words, smoking cigarettes to the knuckle. Even in this tossed-off goof, you see how good Cobain was at mimicry and doing voices.

We know how the story goes and how it ended. These moments are all that remain. The most disturbing scene in Montage of Heck is justified as a blunt deterrent to ever considering heroin: an emaciated, nodding Cobain with a huge cigarette burn on his forehead holding his daughter as she gets her first haircut. Singing a song from Sesame Street, he nearly keels over before Courtney yells at him. He snaps out of the nod and lies, “I’m not on drugs! I’m tired.” The movie is based around these home movie chunks, and the rest doesn’t offer anything we haven’t seen before, even if these animations of Cobain’s art are well executed, especially the sequence set to “Scentless Apprentice” with soldiers hanging from nooses and big cheese macho men in goose step. Morgen’s film is the best documentary about Cobain or Nirvana, but once again, as a hardcore Nirvana fan, Montage of Heck the film constantly reminds you how little Cobain detritus remains. This long in, I can’t even conceive what it would be like to discover Nirvana now and have Montage of Heck in front of me, where often overlooked aspects of Cobain’s genius are emphasized, like his deft ear for sound design, mimicry, and his wicked sense of humor.