Soul and The True Tones

I always believed in this group. 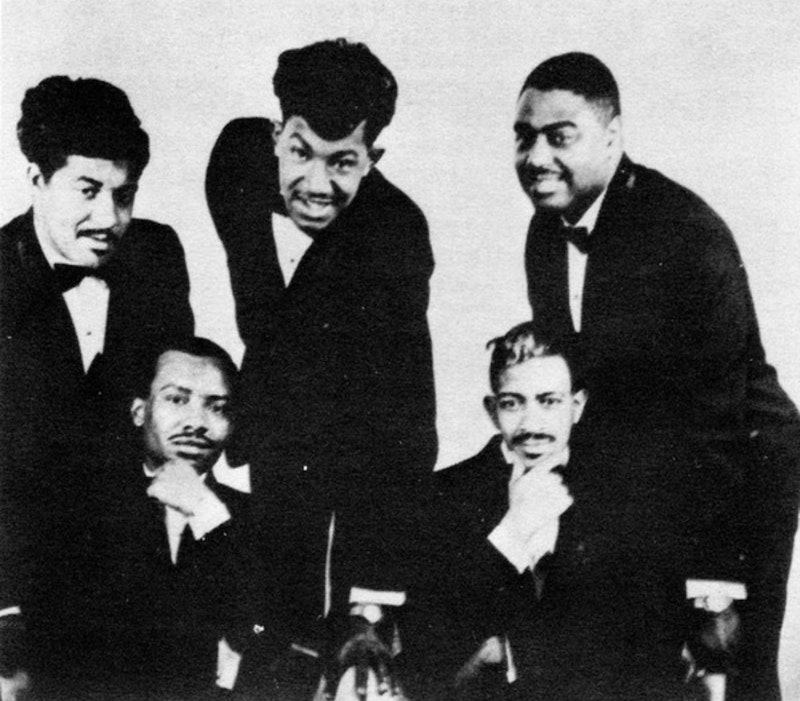 Soul music was a global 1960s pop obsession. LSP’s Leonard Schwab was acutely aware of this. Though Schwab is remembered mainly for his efforts promoting and producing themid-Atlantic’s best teen rock artists, two of the most successful LSP combos were soul acts. One was Annapolis, Md. ensemble The Avalons. The other was DC/Baltimore area vocal group The True Tones. These harmonious legends began their recording streak with the 1958 Monument single "Honey, Honey," a rousing bopper propelled by the jump blues back-up of Jimmy Griffin & his Orchestra. Though they seemed tailor-made for greasy 1950s rock, the Monument 45 was anomalous in The True Tones’ discography. Over the decades they went through many changes in style and personnel with the only constant member being lead singer/songwriter Ronald Henderson.

Leonard Schwab: “Ah, the True Tones! A friend of mine in high school, Scotty, was a part time DJ on WUST in DC and after I'd just started Leonard Schwab Productions, I asked him to mention on his show that I was interested in working with singing groups from DC. This was probably in 1961.

“Someone from The True Tones heard the show and forwarded Scotty a copy of their record on Felsted and Scotty gave it to me and information on how to contact them. I went over to Ron Henderson's house and they sang for me in his basement. That was all it took. I thought they were fabulous. This was about the time that Motown was really taking off and I had visions that they could become just as great a group as the ones on that label.

“I was young and inexperienced, but believed in them, and was dedicated to establishing myself in the record business. This was also the time that I started working with Milt Grant on his TV show, getting exposed to the whole industry. I remember walking up and down the stairs at 1650 Broadway [NYC pop mecca The Brill Building] trying to get the labels and producers there to listen to their acetate.”

After several years booking and promoting The True Tones’ DC area gigs, Schwab decided to record them. In 1965 they signed to his LSP Records label. The deal resulted in one outstanding Schwab-produced 7”, “One More Time“ b/w “Girls Are Sentimental.” Here The True Tones’ get accompaniment from another rough-and-ready back-up combo. The loud band pushed the singers’ voices into the stratosphere on Andrew Lee Lawyer’s "One More Time", a strong cocktail of jerk rhythms and melodic spectacle that’d make Berry Gordy proud.

Leonard Schwab: “Their session was at Edgewood Studios with Ed Greene [in] 1965. [The date] might be earlier. My friends Al Music and Ranny Pierce played the trumpets on the session. I don't remember the other musicians. Pierce was the leader of a local group, The Prophets, and they worked with me on several concerts I produced. Al Music was also a local musician and aspiring actor. While in high school at Blair, he played Marryin’Sam in a play [Lil’ Abner] that also had Goldie Hawn. His uncle is the voiceover actor Lorenzo Music [best known for his work on Rhoda and Garfield]”.

The flip reveals a prescient side of The True Tones with Henderson’s "Girls Are Sentimental". Its dense soundscape attains a melodic flash never heard again until the 1970s heyday of Gamble & Huff’s lush pop-soul. The tune’s glitzy arrangement made it prime material for supper club soirees, butthe bubblegum charm of its goofy lyrics and melodramatic organ swells contrast that sophistication. It’s an eccentric soul gem, a teen dance floor-filler and a lounge-soul nugget all rolled into one.

Leonard Schwab: “When I released the True Tones on LSP I held an announcement party and invited all the DJs in the DC area to see the group and hear them sing. I guess it was reasonably successful as they did get some airplay, including in Baltimore.

I always believed in this group, but as time goes by relationships slip away, your attention goes to other things, and that was about the time that Cal Linley called me to hear his new group [The Curfews].”

The Curfews’ ambitious activity wasn’t all that spun The True Tones out of Schwab’s orbit. Concurrent to the LSP single’s 1966 release Henderson and co. became popular in the South. This led The True Tones to release a 45 with the Atlanta-based Soulville label (“That’s Love” b/w "He's Got The Nerve", another great fusion of Motown hooks and raw rhythm). The 7”made waves and was picked up for national distribution by major label Josie Records. Eventually The True Tones became a side project as Ronald Henderson relocated to North Carolina in the early-1970s. There he cut records with Greenville combo Choice Of Colour. The quintet’s releases on APT, Reflection, Chelsea, and other small labels (including funk pop mover "Your Love") took the aesthetic of “Girls Are Sentimental” and expanded it with elements of disco and classical music. Well into his 80s, Henderson is still active today, a pop-soul visionary long overdue for a proper retrospective.