More manic and moody obscurities from the mid-Atlantic. 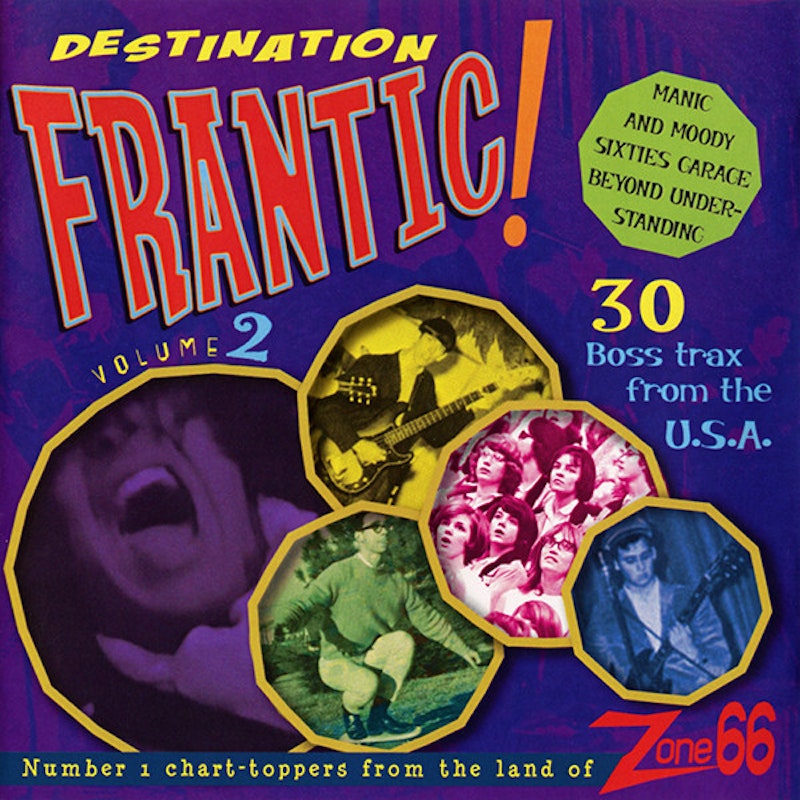 Part II: "I Only Go for Big Big Things"

"She's Mine" b/w “Sad Girl” (1965) and “Baby” b/w "Look At Me" (1966) by The Curfews : “She’s Mine” b/w “Sad Girl” was Montgomery Records’ first release. It’s archetypal melodic garage rock illuminated by the genre’s most charming and understated elements. The A-side’s strange drum fadeout gives this spartan disc a dash of regional eccentricity. Otherwise, the upbeat sound’s more often associated with stellar Midwestern teenbeat discs from the Fenton, Palmer, Night Owl, and Target/Tee Pee labels. More than 40 years after its initial release “She’s Mine” was reissued on an excellent collection called Destination Frantic! vol. 2 where it shared space with DelMarVa obscurities from Dundalk, MD acid rockers The Lost Tribe and Ray Vernon acolytes The Executioners.

”Baby” b/w “Look At Me”  was the sophomore release from The Curfews and the fourth single to bear Schwab’s minimalist Montgomery logo. This punky deconstruction of The Animals’ “I’m Cryin” is manna for fans of the British Invasion damage immortalized via Nuggets and Teenage Shutdown’s Howlin' For My Darlin.

The Curfews’ larger repertoire reflected a versatility unlike anything heard on their singles. The group became one of the East Coast’s busiest, tailoring their sound to the needs of many different venues from classy ballrooms to DIY all-ages venues to college events to bohemian Greenwich Village nightclubs to opening gigs with national pop acts. DC area musician Cal Linley formed The Curfews shortly after leaving longtime Schwab allies The Newports in 1965. The Curfews’ story is one of those classic rock “near misses” where hometown loyalties were obscured by grand ambition as a band expected to hit big became lost in the sprawl of music history.

"Why?" b/w "Have Fun This Summer" by The Adapters (1966): The lumbering anthem “Why?” tears up speakers with noir-ish drama and jagged screams of pain. The Adapters’ tense reading blows away Lonnie Mack’s smooth original rendition. The title “Have Fun This Summer” promises bouncy surf pop but this cut is even darker than the bluesy top-side. It’s a teen soap opera soundscape overflowing with warbly funereal organ and doomed vocals.

The Adapters were one of Newark, Delaware’s most popular rock acts. They shared stages with Delaware garage gods/fellow Montgomery artists The Spectrum Five, and big name acts Mitch Ryder and Gary Lewis. Their first single (“Believe Me,” another downtrodden outburst) came out on the Wilmington-based Richie label and featured vocals from Ed Stirling of The Galaxies (whose lone disc on Ken-Del is yet another crucial piece of the Delaware garage puzzle).

Montgomery put out The Adapters’ second 45 after Schwab caught the band in rare form opening a Newark concert with LSP soul act The Avalons. The Montgomery single was their first release without Stirling and the jewel of their recording career. To fans of 1960s punk, The Belgian/American imprint Moonglow Records is best known for the sides it issued by L.A. snarlers The Preachers and John English III. The Adapters’ tough-but-tender attack won over Moonglow label reps who discovered the group after the Montgomery 7” hit big on southern California airwaves. From there they signed the band and arranged to reissue it. Moonglow’s dual base of operations made “Why?” b/w “Have Fun This Summer” the only Schwab production to be globally distributed during the 1960s (unfortunately executive producer credit for Schwab wasn’t printed on the disc’s labels). The combo put out one more disc (“I Want To Know,” a light pop rocker from 1967 before splitting up around 1968.

You can learn more about The Adapters and the Newark scene via Delaware music expert Hangnail Phillips‘ website.

"Perpetual Dreamer" b/w “Substitute” by Tower Of London (1967)—Most dedicated record collectors consider the 7” by Tower Of London to be the rarest Montgomery release. It’s tough to figure out why, but clues can be found in a better understanding of the label’s modus operandi. Schwab and his small staff mailed out the lion’s share of his 45 releases for promo. Free copies of Montgomery releases were sent all over to DJ’s, radio stations, journalists, and music trade publications. Few Montgomery releases ended up in stores and almost none were sold at gigs by bands who appeared on them. By the standards of the 1960s DIY/indie record scene, pressing sizes for Montgomery discs were large. Schwab has stated that each came out in an edition of 1000 copies.

Regardless of obscurity, Tower of London’s single and all of the other Montgomery discs are priceless artifacts that testify to Schwab’s talent as a curator. While he never opposed mainstream aesthetics, he focused on capturing the untamed essence of his artists more than anything else. That “hands off” approach was coupled with a production style that created stunning juxtapositions of distortion and clarity, a sonic avatar of mid-Atlantic culture. Montgomery’s output became a vibrant convergence charged by the friction of Southern grit and Northeast flash.