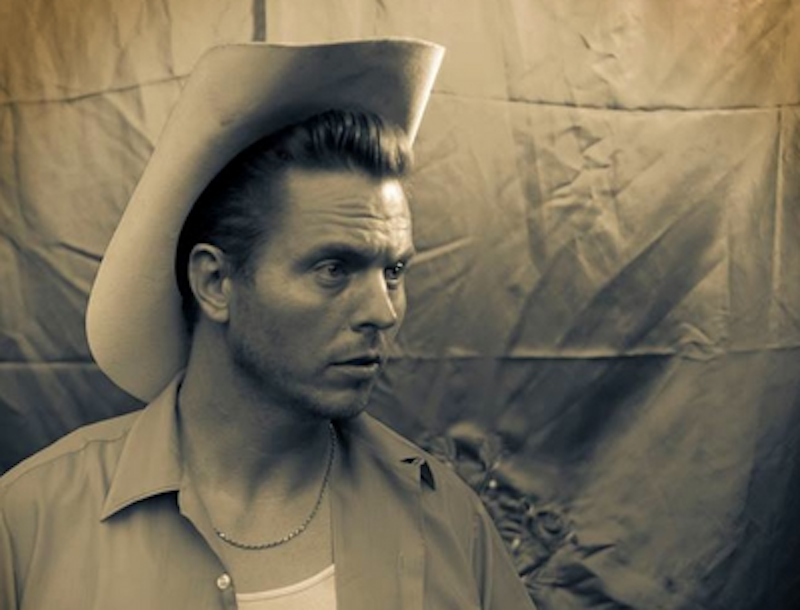 In 2010, the singer and guitarist Bradford Lee Folk moved from Colorado to Nashville. As “a huge fan of country and bluegrass music,” how could he not? “Nashville is a harder place” than Colorado, Folk says. “It's broke and dirty, but Roger Miller lived right over the tree line, you know?”

Musical paths can be affected by even casual exchanges. Folk’s dad was into the blues, but during “high school [in Missouri], a family buddy gave [Folk] a Flatt and Scruggs tape.” After high school, while working in Colorado, Folk started a bluegrass band called Open Road. Three albums later, that fell through, but he landed on his feet by switching roles, running a honky-tonk and booking acts to come play. This aided his understanding of the business side of music and “how the two worlds work together.” It also kept him in the musician network, “hang[ing] tight with friends as they'd come through once or twice a year.”

Folk still misses parts of Colorado, some related to the landscape—“the straight highways, and sage, and the big blue sky”—and some related to the lifestyle: “it’s easy.” This sense of longing drifts through his new album, Somewhere Far Away, from the title on down. There’s a track honoring Denver; on “Trains Don’t Lie,” Folk sings in his thin, affecting moan, “how the shadows fall on East Nashville tonight/and so I just can’t wait to get back home again.” The title track, which leans towards a country waltz, finds the singer listing all the things that help him feel far away: the seasons, “the light on the wings of a jetliner,” the whistle of a train, emptying bottles of booze, and looking into someone’s eyes, “so brown I can see the green in them.”

The instrumentation doesn’t stray far from the bluegrass template: guitar, banjo, mandolin, upright bass. Players take turns soloing, everyone stays tightly locked and low to the ground. Folk met his band “around town;” “they represent the young bunch, wide open” in their listening habits. Also important, says Folk: “they can pick.” He singles out Robert Trapp on banjo as “one of the coolest of the young guns;” “he really knows bluegrass, and he can play anything.” (Trapp is also co-credited with Folk as one of the producers of the album.)

In Nashville, “everyone’s fighting for the same stuff, so it's pretty competitive really.”  “People here act like they're ‘supportive,’” but Folk suggests that a clear hierarchy exists. “There’s big cats, and then there is the rest of us, trying to get what we can.” Still, he doesn’t seem overly bothered. As he sings in “The Piper,” “I’ll sing ever day until I slip away.”

The audience for bluegrass may be growing. Country star Alan Jackson recorded a bluegrass tribute album last year, and at a recent show in New York, the singer Sturgill Simpson played several songs that drew heavily on bluegrass. “I feel good about where I sit,” Folk says, “but there are parties I don't get invited to.” He adds one word: “Yet.”

ST: How did you get into bluegrass music?

Bradford Folk: My dad played the country blues, so I've always been close to the roots of the music. In high school a family buddy gave me a Flatt and Scruggs tape, and that’s when I started to really get into bluegrass music.

ST: A while back you were in the band Open Road. How does that experience compare to playing with the Bluegrass Playboys? Did you learn things from that first time in a band that help you with your current band?

BF: Open Road was my band too, I mean I started it. And I've learned a lot from that experience. In retrospect I learned how special it is to get to play music and move people, I try not to take that for granted. And honestly, I learned that with music... you have to enjoy the ride, cause that’s all that there really is, the journey you know, have fun.

ST: You also spent a while booking bands in Colorado. Did that give you a better understanding of the business side of being a musician?

BF: Yeah, you bet. It's good to get a little understanding of how the two worlds work together. The details are important, they add up. It was also a good chance to hang tight with friends as they'd come through once or twice a year.

ST: When did you move from Colorado to Nashville? Some songs on Somewhere Far Away still reference Colorado. Do you miss that state? What caused you to move?

BF: I moved out in 2010. I came here because I'm a huge fan of country and bluegrass music and this is where so much of it went down. I knew a lot of good people that lived here. I miss things about Colorado, I feel at home there. I miss the straight highways, and sage, and the big blue sky, it's easy. Nashville is a harder place, it's broke, and dirty, but Roger Miller lived right over the tree line you know?

ST: Is there a supportive bluegrass scene in Nashville?

BF: Supportive? Yeah, maybe. People here act like they're “supportive” but I don't know. There's big cats, and then there’s the rest of us, trying to get what we can. I feel good about where I sit, but there are parties I don't get invited to. Yet. Everyone's fighting for the same stuff so it's pretty competitive really.

ST: How did you meet your current band?

BF: They represent the young bunch, wide open. My bandmates listen to all kinds of music, and they can pick. I met them around town, Robert Trapp is one of the coolest of the young guns for me. He really knows bluegrass, and he can play anything.

ST: What’s one of your favorite memories from a tour?

BF: When we played the Opry, Eddie Stubbs was set to bring us on. We were standing there, me and him. I was scared stiff anyway but Eddie leaned into to my ear and whispered, "Brad,"—he pointed at the strips of the worn hardwood floor below us—"on Dec 12th, 1946 Earl Scruggs invented bluegrass music right there." I could have shit myself.