He wielded his Fender Stratocaster guitar like a gunfighter brandishing a pistol. 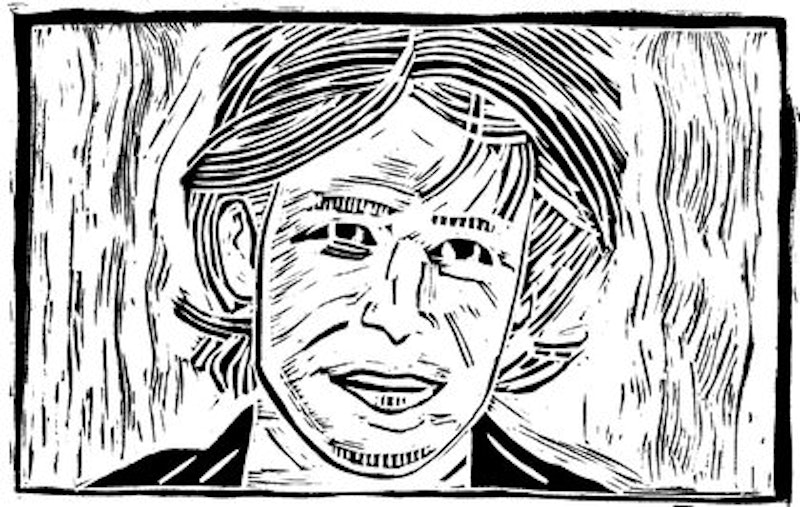 It was November 1994 and I was feeling under the weather. I ventured to Luna Park, an intimate music venue in West Hollywood, to see an old college friend play a set of music. I didn’t want to be there. My throat was sore and my head was pounding. I sat through my friend’s gig, paid my respects and prepared to return home to bed. My friend’s words changed my life. “You might want to stay and see this next performer. He’s pretty interesting.”

So I stayed. I watched as a skinny guy with a passing resemblance to James Dean stepped on stage. He had dirty brown hair and wore a full-length feather overcoat like something you’d find at an old lady’s garage sale. He plugged his electric guitar into an amp with a “Kiss” sticker across the back. The surrounding crowd was oblivious… loud, rude, immersed in their cocktails and movie-industry blathering.

The performer began tuning his guitar and testing the microphone with high-pitched squeals and sighs. Then something amazing happened. The singer’s atonal sounds morphed into a soft falsetto backed by the slow build of a dreamy guitar riff. Slowly, almost imperceptibly, the crowd quieted and turned toward stage. They had no choice. They were magnetized, lifted, pulled toward this compelling force.

Then came the opening lyrics sung with the voice of an angel: “I’m lying in my bed, the blanket is warm, this body will never be safe from harm.” The next hour passed like a blur. The music blended Jimmy Paige-inspired electric guitar with soft soulful ballads reminiscent of Marvin Gaye. Between songs, the performer cracked jokes about his days of starvation living in Hollywood and how there was a period in the music industry when “Paul Williams was God.”

By the time the set ended with the performer’s majestic cover of Leonard Cohen’s “Hallelujah,” I felt transformed. I sat in silence, my skin covered with goose bumps. Women crowded the stage to get closer to the performer. Men simply stared, trying to process what they just experienced.

Jeff Buckley was a musical virtuoso. He wielded his Fender Stratocaster guitar like a gunfighter brandishing a pistol. His music was an amalgam of his favorite performers: Elizabeth Fraser of the Cocteau Twins, Pakistani legend Nusrat Fateh Ali Kahn, Freddie Mercury, Led Zeppelin and Pink Floyd. He covered performers as varied as Edith Piaf, Jimi Hendrix and Nina Simone.

Buckley was born into music. His father, whom he met only once, was Tim Buckley, the revered 1960s folk musician who died of a drug overdose at age 28. His mother, Mary Guibert, was a classically trained pianist and cellist. He was born in Southern California and began playing guitar at age five. He played in his high school jazz band and developed an early affinity for the progressive rock music of Genesis, Yes and Rush. He studied music at the Musicians Institute in Hollywood then moved to New York City in 1990. He toured with several struggling bands and experimented on his own with jazz, blues, punk rock, funk and R&B.

In April, 1991, Buckley made his public singing debut at a tribute concert for his father called “Greetings From Tim Buckley.” He performed four songs including “I Never Asked To Be Your Mountain,” a song Tim Buckley had written about infant Jeff and his mother. The performance made a strong impression and became a springboard for his career.

Buckley’s supporting tour attracted fans such as Chrissie Hynde, Chris Cornell, Lou Reed and the Edge from U2. Bob Dylan called Buckley “one of the great songwriters of the decade.” David Bowie said Grace was an album he would take with him to a desert island. Rolling Stone magazine called Buckley’s rendition of “Hallelujah” one of “the 500 greatest songs of all time.”

Buckley toured around the world for several years, preferring intimate clubs to large venues. He disliked self-promotion and bristled when people referred to him as “Tim Buckley’s son.” In 1996, he began writing songs for his second studio album My Sweetheart The Drunk.

Buckley chose to record the album in Memphis, Tennessee. On the night of May 29, 1997, Buckley’s band flew to Memphis to join him. That same night, Buckley jumped in to Wolf River Harbor, a water channel of the Mississippi River. He was fully clothed, including his boots, and he was singing Led Zeppelin’s “Whole Lotta Love” at the top of his lungs. A river tugboat passed creating a wake that spread to the harbor. Buckley was pulled beneath the water. A roadie in the band, Keith Foti, was standing on shore. He noticed Buckley had vanished. A search and rescue effort was launched. Buckley remained missing for several days until his body was found down the river on June 4. An autopsy showed no signs of drugs or alcohol in his system. His death was ruled an “accidental drowning.”

Fans around the world united in grief. Numerous musicians wrote tribute songs. These included “Teardrop” by Elizabeth Fraser, “Memphis” by PJ Harvey, “Grey Ghost” by Mike Doughty and “Memphis Skyline” by Rufus Wainwright. Columbia released the demo recordings for My Sweetheart The Drunk as Buckley’s second album. They followed this up by releasing several live recordings.  Buckley had been poised for super stardom. His legacy continued to grow after his passing.

I was blessed to see Buckley perform twice in Los Angeles. My wife and I fell in love listening to his music. On the day we learned he was missing, we walked around in a stupor as if we had lost a family member. Seventeen years later, it’s still hard to believe he’s gone.