The Elephants in the Auditorium 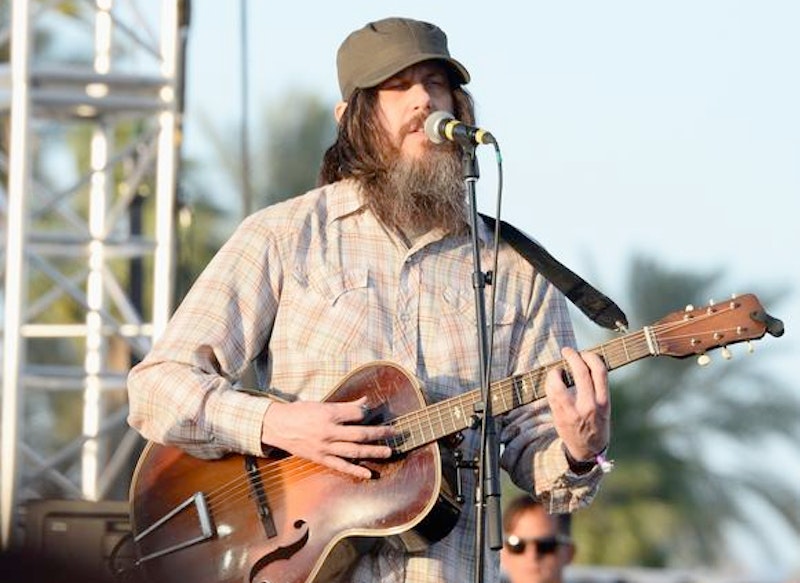 Watching Will Cullen Hart perform live in 2014 is a distinctly uncomfortable experience. On this evening, the final set of Circulatory System’s tour with Neutral Milk Hotel, he seemed like a hapless man at the raw beginning of a long, grueling journey: disheveled, exhausted, sweaty, apologetic, slightly lost. He tackled a guitar just once for a brief moment, preferring to rattle a tambourine or beat drums with toms. He sang lyrics that on record are typically soft, reflective, and wan in a blown-out, Billy Corgan rasp that lent the set a weird electricity. In all fairness, alcoholism and Multiple Sclerosis have sidelined Hart for the last couple years, but still—it was hard not to worry about him and for him, and to feel some vicarious relief that he could finally return home.

Nonetheless, to watch Circulatory System crank out a 40-50 minute set of their time-as-splintered-Mobius-strip psyche-pop—heavy on 2001’s lush, trippy Circulatory System and 2014’s Mosaics Within Mosaics, light on 2009’s cranked-up Signal Morning—was a downright thrill, even though lighter-lifter “Joy” was present in clarinet abbreviated interlude form only and the whole thing felt perfunctory. This band is the reason why I bought a ticket as soon as they went on sale despite the fact that I had no one to attend this show with—which I will never, ever do again—and the violet-lit spectacle of Hart and his hirsute, stoked accomplices thrash and head-bang through beaded-curtain lava pools “Days To Come,” “The Spinning Continuous,” and “Stars and Molecules” made the indignities of overpriced concessions and hundreds of concertgoers who blithely talked over and ignored Circulatory System worth suffering through. “Hey there, lame opening band!” cracked some jerk three rows behind, crystallizing the collective dismissiveness.

I’ll say this upfront: Neutral Milk Hotel was solid. Jeff Mangum’s voice, in a theater session, will knock the wind out of you; he’s a force of nature, and he and the rest of the band certainly gave their all. Yet a few factors dampened their set for me. See, I’m more of an On Avery Island fan than a Neutral Milk Hotel fan. It’s a weird, impressionistic album, full of horns and punk-folk vitriol that never adds up, and in college I spent hours listening to it and trying to figure out whether I even liked it—and by the time I gave up trying, I knew all of the words and was singing them to myself at random moments. Then before I could buy the follow-up, In the Aeroplane Over the Sea, it became some sort of insane indie-rock cause celebre that I didn’t want to be anywhere near. Sixteen years later I bought it and couldn’t penetrate it; nothing about it speaks to me on any level, probably because I’m 37, not 21. This complicated the Neutral Milk Hotel live experience, because I was surrounded by hundreds of people flipping out and having orgasms over songs that left me shrugging—hundreds of people who texted and yakked through Circulatory System or showed up when that set was over—only perking up when they dipped into Avery Island.

So was there some resentment? Yeah, there was, plus there’s something weirdly disingenuous and baffling about this intense icon worship for a band who put out two albums in the 1990s, hasn’t done much of anything since, and is adamant about the audience not photographing or videotaping the show to the degree that security stalked and scrutinized us for the entire show. I wandered away before the first encore, dog tired and sick of other people—the audience, bizarrely, was 60 percent teens and twentysomethings, everyone dressed neatly and nicely—with no regrets.