So You Think You’re An Auteur

It’s enormously overwhelming to be young and put a big record out. 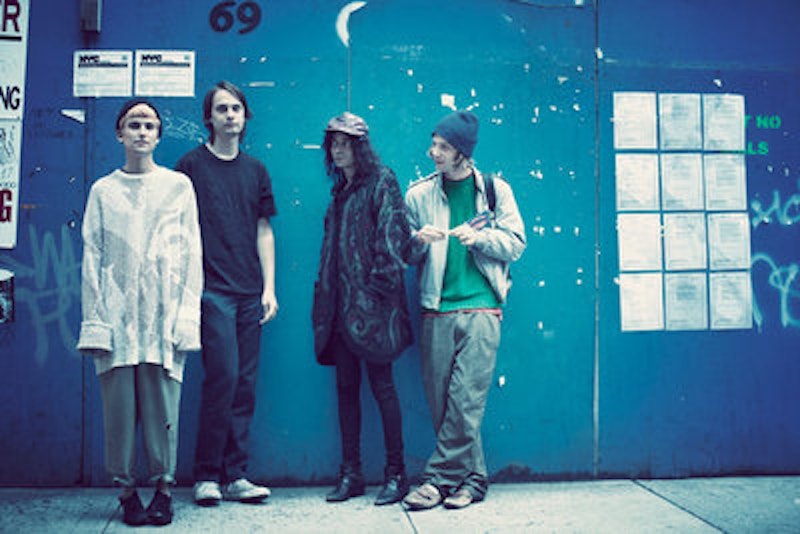 If you believe that art is supposed to be transcendental, not escapist, it follows that the best artists should be equally grandiose and self-mythologizing. There is something fulfilling about buying into a great artist’s distorted sense of importance and cultivated aura of mystery, because what they make is actually that: powerful and mysterious. Prince can get away with taking and thoughtlessly smashing a guitar from one of the Roots because he wrote “Raspberry Beret” and his talent is practically extraterrestrial. The absurdity and drama in manic personalities can make the music even more exciting and worthy of obsession—it’s also true that people are absolutely allergic to inappropriate ego-stroking. When the average person feels that they’re being patronized or condescended to, they react strongly, whether they’re right to or not.

A recent interview with the frontman of New York rock band DIIV is pretty striking. I had only been aware of the name DIIV, and had no idea what they sounded like. Zachary Cole Smith speaks as though he and his band are far more popular than they are, by any metric: “When you're an artist—especially a successful or moderately-successful artist—there's just a lot of people in the music industry who want a piece of that, and I've become a little bit wise to the kind of stuff to be careful of.”

He goes on to curse the hangers-on, business associates, and sycophants that inevitably circle a successful entity. Fair enough, and even though the whiny tone of his comments is a bit oblivious, it’s enormously overwhelming to be young and put a big record out, travel constantly, never sure of who you can trust or what your next move should be.

Smith’s perception of his own cultural cache is comically distorted. DIIV’s one LP, Oshin, is so bland and anonymous it’s practically muzak. It’s a slightly brighter take on the reverb-soaked production on Interpol’s Turn on the Bright Lights, but without any personality or quality songwriting. Smith grew up in and remains entrenched in wealthy New York circles, so it’s no wonder he’s myopic—speaking on Kurt Cobain, with whom he shares no resemblance except for his bleached blond hair: “To be told that you're the voice of your generation is such an incredible amount of pressure, and I haven't faced that. Maybe by the time our third record rolls around, I will.”

His comments are clueless. The things he’s complaining about—sycophants, money, sucking associates, drugs, grueling tours, incredible pressure—are all well-established pillars of popular music, and if he did his research, he’d better deal with what seems like a pretty standard rock storyline. But it’s amazing how wildly different and distorted perspectives can be when you can’t see outside your own bubble. Time will tell if Smith will improve as a songwriter, but right now, to even put DIIV or Oshin in the same universe as the worst piece of effluvia Nirvana or Kurt Cobain produced is silly. There’s just no comparing the two, and it should be obvious to everyone.