Re-Evaluating Nu-Metal and the Universal Power of the Hook

When I was young and listening to the Backstreet Boys. 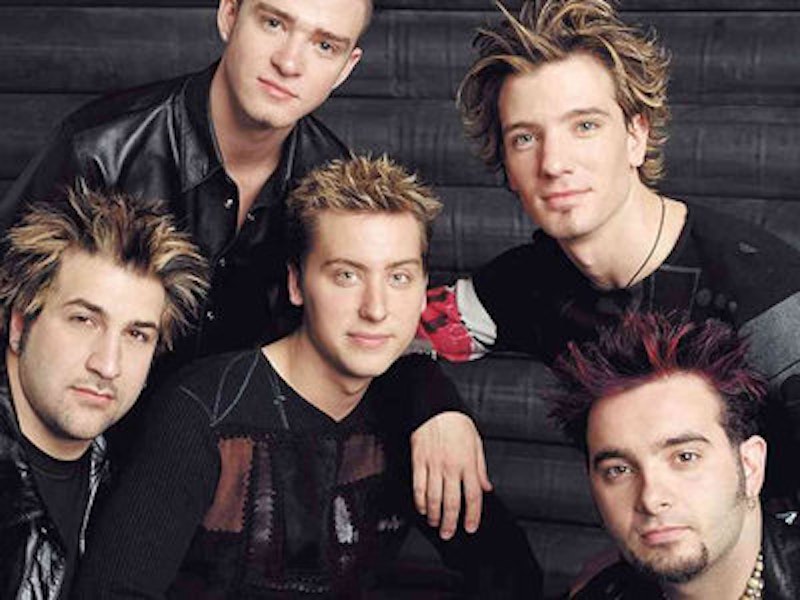 The first CD I remember buying on my own was N*SYNC’s No Strings Attached, in 2000. Besides The Beatles’ 1, which was in constant rotation at my elementary school—where my second grade class did a rendition of “We Can Work it Out” with recorders and xylophones—my listening habits were strictly dictated by whatever Nickelodeon’s Slime Time Live! was pushing at the time: S Club 7, Aaron Carter, Backstreet Boys, Britney, Christina, the Baha Men. I vividly remember casting around four dozen votes online for a Destiny’s Child video with my brother one afternoon in Miami, bedridden with the flu and second degree burns. As a young kid, hearing the pop music of 1998-2001 was a drug-like experience: skyscraper-sized hooks, coated in the most glossy and compressed production the world had ever seen. Boomers speak reverently of watching The Beatles debut on Ed Sullivan, but “Bye Bye Bye” was just as sensational for me.​

Of course that stuff doesn’t hold up today. It’s not the songwriting that grates, at least for me. “It’s Gonna Be Me” has an absolutely killer chorus—produced properly, it would fit perfectly on Rumours. But the wall of sound that intoxicated me as a little kid is exhausting as a young adult. The warm and bone dry sound of Fleetwood Mac and Steely Dan becomes more appealing, as their analog studio-rat perfectionism rewards repeated listening, and doesn’t drill and tire your ears like those turn of the millennium pieces of brain fluff. It’s not hard to see why classic rock records like Rumours, Aja, Revolver, Blonde on Blonde, Exile on Main Street, Pet Sounds, and Siamese Dream enjoy legions of new, young fans with each passing year, while Oops...I  Did It Again and Spice World are brought up on Spotify for drunk, nostalgic scream-a-alongs, as shown in this year’s Spring Breakers.

Even more confusing is how nu-metal bands like Korn, Limp Bizkit, Linkin Park, and Slipknot were just as popular as the teeny boppers, among the same demographic. I dug and crawled through hundreds of crates under the racks at J&R Music Superstore in Lower Manhattan’s Financial District looking for “clean” copies of Significant Other, Chocolate Starfish & the Hot Dog Flavored Water, Follow the Leader, and the Papa Roach record with “Last Resort,” usually to no avail. It was a very strange way to come up on pop music. Only a child could receive and equally enjoy Britney Spears and Linkin Park, because to me there was no difference at all: the videos for ”Stronger” and ”Crawling” seem like parodies today, but it made for the most gluttonous, melodramatic, and nearly neurotoxic sensory experience at nine years old. But through the shiny, compressed, and loud at any volume production, the hook pulls through. These are vocal-driven songs with nursery rhyme-like melodies. What they’re saying could be about a boy, a fight, a divorce, or an abortion—it doesn’t matter. The universal power of the hook is what makes music so exciting as a kid.