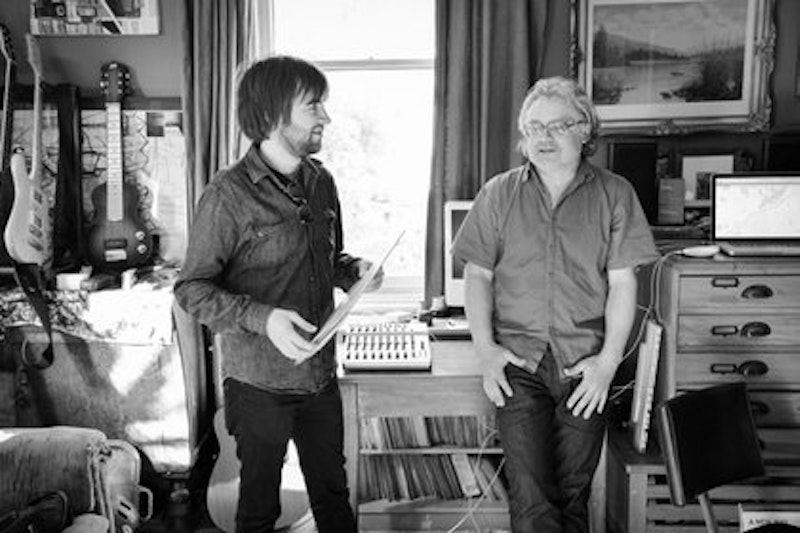 "Pugilistic" is a fitting adjective to use in discussion of New Zealand's Dead C, three aging underground music lifers whose forte is difficult, atonal out-rock that's all pitch and roil. The Dead C half of The Dead C Vs. Rangda consists of newly discovered leftovers from 1989's Eusa Kills, one of the least convoluted entries in the group's 27-year career; given the context, "Tomorrow" is pugilistic, squared. At the outset, Robbie Yeats' pitter-patters nimbly about while Mike Morley's guitar looses moth-eaten detuned jerking that's a cross between a rubber band being stretched and a simulacrum of a junkyard jazz vamp. From there, the proceedings get even stranger, devolving into a nonsensical colloquy for drums, guitar, bass, and voice where all emerge soused without ever quite arriving at a finished resolution to any of the issues at hand. It's messy, sure, but at its most inscrutable—its finest, some would argue—the Dead C pinch out a sludge so caustic and digested that separating out its component elements becomes a mug's game. "Tomorrow" is a flurry of fisticuffs at varying tempos, but the listener always knows where they're being thrown from even if they're being thrown up—an odd rebuke to Kills' density-in-excess desperation.

While I was writing the Dead C part of this column, I was trying to design a metaphor involving a violently polluted quay to get across how the band's music usually works—the all-encompassing muck of almost-noise in next-to-airless circumstances; ultimately, I gave it up and found another way to say the same thing. On "The Great Pacific Garbage Patch," German/Danish concern Pinkunoizu lend this idea some Krautrock sex appeal, tiling a cathedral of synthesizer drones and incantations and bongo spirit fingers for a good three minutes. Then the Red October of bass torpedoes and a shadowing, accent-prone guitar emerge, and the band shrugs laconically out of its stained Druid robes to unveil immaculately-preserved circa-1993 Stereolab tour tees and a complicated but crowd-pleasing sense of rhythm that gives the impression of being just on the edge of control. Did I mention that there are xylophones and unnerving vocal traces all over the place, and that "Patch" seems to be happening somewhere beneath the National Aquarium during feeding time? I need to carve out some time to listen to the rest of The Drop.

Essentially a product of tinkering and tweaking, "un8d" is mildly reassuring without quite being comfortable. There is the sense of the constant twisting knobs, the adjusting of levels, alterations of focus—some unseen Inquisitor equipped with a facial-based scope studying you closely in an attempt to understand your reactions, your metabolism, your strange, colorful plumage, et al. I'm reminded of how essentially creepy tuning forks can seem, how inconclusive and navel-gazing Tim Gane's one-off project Turn On felt. Photographs of Vespas with dozens of extraneous mirrors, or images featuring uneven circular imprints or multiple open jars set on a flat surface. Taken apart of the remainder of Digest 54, this cut has the cast of an outlier, a rough draft, found on a cutting room floor, reconsidered, ultimately incorporated into the whole against medical advice. On the upside, though, it certainly has the effect of making what surrounds it sound that much more dynamic, intense, essential. There's a case to be made, then, for the underwhelming, the half-baked.

—Raymond Cummings is the author of several books of poetry, including Crucial Sprawl, Seven New Poems, and Assembling the Lord. He blogs, infrequently, at Voguing to Danzig (http://voguingtodanzig.blogspot.com/).