Disclosure's Debut Is All Songs To Fall In Love To 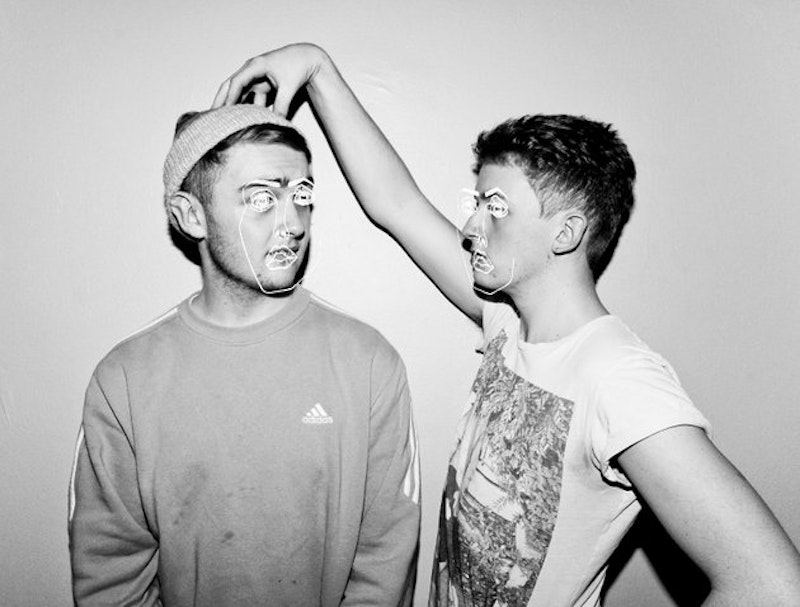 With the year nearly half over, UK duo Disclosure may have produced one of the best dance records of 2013. Settle is almost a concise Wikipedia entry on UK dance music. References range from dustup, 2-step, UK garage, all the way to early 90's American R&B vocal stylings and Chicago house. To accomplish this there is a wide range of guest vocalists (one per track), something that's normally a red flag. However, Disclosure's curatorial skills are impressive, effectively presenting an hour of great dance pop songs.

The record starts off by sampling hip-hop preacher Eric Thomas. "When A Fire Starts to Burn" stretches out its lyrical sample to just the right timing to ride the wave of acid synth bubbles and deft 909 drum machine programming. It is one of few samples utilized on the album. The focus shifts immediately to the male guest vocalists. Fittingly, Howard Lawrence himself weaves the snappy lyrical turns of "F for You." Photographer and Ladytron member Jamie Woon contributes to "January," the most obvious sonic companion to "When a Fire Starts to Burn."

Settle is democratic though, showcasing just as many female vocalists. Having risen to notability through last year's remix of Jamie Ware's "Running," they recruit Ware on "Confess to Me." Admittedly, it is one of the more heavy-handed production moments on Settle. Ware's vocals wrung through what feels like a bit of a pitch bending exercise. London Grammar's Hannah Reid provides a gorgeous vocal spot and co-production credit on the bittersweet minimal house anthem "Help Me Lose My Mind." While both tracks would work as singles, Settle tries to bludgeon you in the quest for a more perfect tune. AlunaGeorge singer Aluna Francis absolutely nails down the groove and Knife-influenced tropicalia on "White Noise." Just when the album starts to drift, "You and Me (ft Eliza Doolittle)" cuts through, feeling like a genuinely lost track of 1990's R&B infused with a more dubstep influence.

In an era dominated by a never ending supply of SoundCloud DJ remixes and electronic musicians, it can be hard to justify an hour-length album. However, it quickly becomes clear that the track sequencing on Settle was treated with as much care as the individual synth tones and vocal manipulations. As a whole it doesn't represent a sonic leap forward for UK dance music, it does explore the simultaneous intrigue and engagement of a being at a live show. In terms of its political statements about UK dance culture, Settle feels eager to bring the focus back to a more savvy and sensual type of production, one that is completely at odds with the rise of US bro-step. While the video for current single "You and Me" may strike some as a quasi-ad for Ralph Lauren prep schoolers, it isn't often that you see a group hardly out of their teens entertaining images of committed relationships. Settle may well be the album that you fall in love to.