The Past Already Belongs To Someone Else 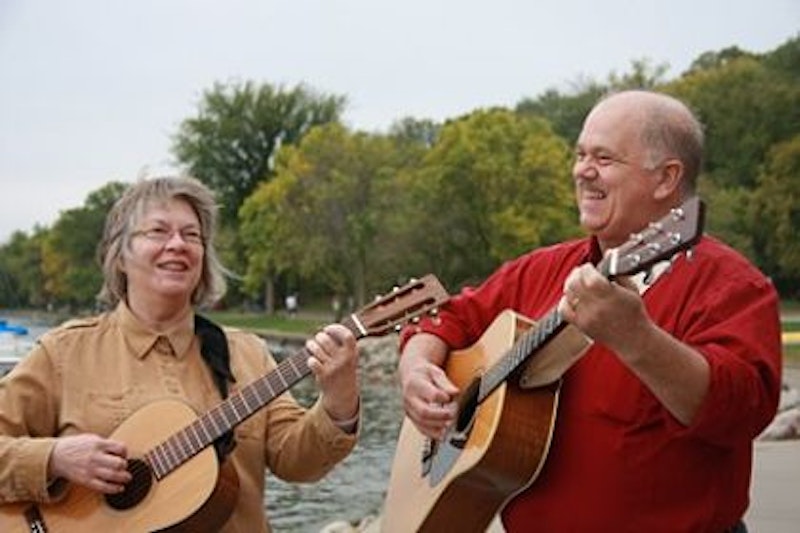 "Traditional folk" is by its nature something of an oxymoron. Art can only be of its own moment, whether its experimental electronics or lutes at a Renaissance Faire. To be avant garde is to be a person now, at this moment, trying to look forward; to be retro is to carry your past as a badge or an icon through the present. The "traditional" then, is as much a doomed aspiration as a claim to authenticity. Indeed, if authenticity is the past, then it's by definition unobtainable; you aren't what you were, and if the real is what was then, then nothing is real at the moment. Tradition doesn't so much make the world solid as it turns the present into its own ghost.

Along those lines, there's something more than a little unearthly about Jody Stecher and Kate Brislin's 1992 version of "Our Town." Iris Dement, the original songwriter, has an attention-grabbing, scratchy, hog-calling voice, and her version strums along so that you feel like you're getting somewhere, even when she sings about how "over there I bought my first car/it turns over once but it never went far." Brislin and Stecher, on the other hand, use a sparser, less propulsive arrangement; the beat drifts off, and the notes seem to wrap around both themselves and the delicate, almost broken melody. Brislin's voice is lighter than Dement's and her phrasing is easier; she sounds like she's saying the lyrics to herself. Stecher's harmony is similarly low-key; the two voices don't so much fit together as they wander near each other, in and out of sync—they couldn't be taking the line "go on and kiss it goodbye" much more literally. At the 4:05 mark or so, as they sing "the sun's settin' down," Stecher loses his place, the harmony stumbling as it tries to keep up. Similarly, when they declare, "nothing good ever lasts," the music seems ready to disperse, barely holding together against silence.

"Our Town" is certainly an exercise in rank nostalgia—an ode to a small town America in a quasi-rural, singer-songwriter folk-revival idiom that has already moved past, or outside, of the community it painfully commemorates. But, especially as Brislin and Stecher perform it, the nostalgia doesn’t just hearken back, but pulls at the edges of a past which seems simultaneously to slide away and run out. The sun goes down and then goes down and goes down again; four decades pass in half a line (Up the street beside that red neon light,/That's where I met my baby on one hot summer night./He was the tender and I ordered a beer,/It's been forty years and I'm still sitting here"); she buys a car but it never really goes anywhere. Every time feels like one time and no time, and when they sing, "go on and say goodbye," it sounds like they're shifting a weight, which any moment will roll away from them.

At the end of the song Brislin and Stecher harmonize "good night" while their acoustic instruments run over the theme again and again. Finally, the last "good night" hangs on after the music ends, sounding simultaneously carefully timed and vulnerably amateurish. It's not really traditional music so much as an effort to recapture traditional music—an effort that is both too successful (in its limpid perfection) and not successful enough (in its uncertain fragility.) To the extent the song is true to its past, it’s because it isn't. "Hold on to your lover because your heart's bound to die," Brislin sings. You keep fastened on to the past not in order to repeat what's gone, but because you know you can't. Our town is always already someone else's.