No Timbaland, No Gimmicks. 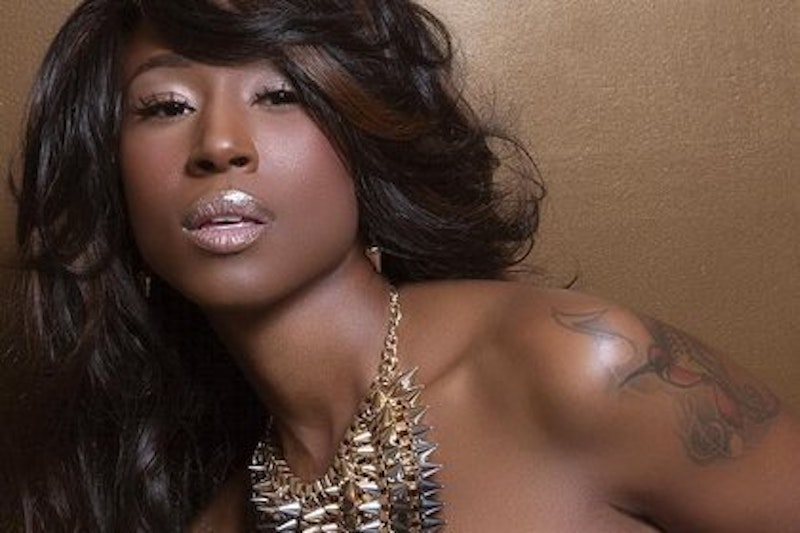 "Allow me to reintroduce myself," Tweet says at the opening of her new EP, Simply Tweet. You wouldn't think that sultry, unmistakable voice would need to be introduced, much less reintroduced. But pop's a fickle mistress, and it threw off Tweet sometime back. In 2002, her first album Southern Hummingbird was one of the last great collaborative pop moments of the 1990s Swing Mob collective. Her ode to masturbation, "Oops! (Oh My)" featured Timbaland's best sinuously burping beats and some sincerely lascivious encouragement from Missy Elliot. Unapologetically randy and even more unapologetically gimmicky, the song went to number one on the Hot R&B/Hip-Hop chart… and Tweet's career has been pretty much all downhill from there.

No doubt this is partly just bad luck: Tweet's second album, 2005's It's Me Again, suffered from poor promotion and lack of label interest. But partly it's because "Oops! (Oh My)" wasn't very representative of the singer in the first place. Though Tweet's happy enough to grab hold of a gimmick (see, for example, the use of the Taxi theme song on the 2005 track Taxi,) she's not really a gimmicky artist. In fact, left to her own devices, sans Timbaland, sans Missy, she tends to default, not to pop, but to a smooth, laid-back neo-soul.

Thus, when Tweet released a number of tracks online in what she called "Tweet Tuesdays," the highlight—and the one she chose to put on the new EP—wasn't some sort of risqué club thumper. Instead, it was a version of Aretha Franklin's "Day Dreaming." The song’s been covered a lot—generally badly, as folks from Mary J. Blige to Tamia sound strained and shrill as they try to out-Queen-of-Soul Aretha. Tweet suffers from no such anxieties. Instead, she gets around the comparison to Aretha by simply treating the song as if it were originally recorded by Al Green, smoothing out the gospel-funk dynamics and vocal pyrotechnics, turning the nervously psychedelic edge into something warmer and… well, dreamier.

Purist might object to the AOR-ification of "Day Dreaming," I guess. But Tweet's always been about the adult orientation, not because of occasional sexual content, but because her music tends to be about grown-ups relating rather than adolescents hormoning. She's a singer who starts a track like "Way to Love" about driving out onto the open road with the words, "Time on my hands." She knows you've got to clear your schedule before you can get out there and ramble.

The last two songs on the EP are both resigned, break-up songs for people who've been through more than one. "I'm tired and I know you ain't worth it," from "Enough," is a great kiss-off line, especially with Tweet's light, burred vocals that seem both to rise out of the pain and catch on the past. "Sorry,” though, is my favorite. The temp is slower than usual, the ringing lifting melody looping as Tweet declares, "It'll be late, and I'll be gone," her voice wrapping itself around nonsense syllables and trills, daydreaming of a future bittersweet for him without her, and bittersweet for her because she can't, quite, make herself grasp it yet.

"Sorry" is about as good a song as Tweet has ever recorded, which is no small praise. It doesn't really seem like the basis for a comeback, though. Smooth soul, sans any sort of hip-hop edge, is not exactly burning up the charts at the moment. It's hard to escape the conclusion that Tweet's success way back when had more to do with the pop smarts of Timbaland and Missy than with her own considerable talents. I'd love to be proved wrong though. Tweet's supposedly releasing a full-length later this year, and I'd be happy to see everyone and their parents buy it. I will, anyway.