Three Body Blows & Too Much will.i.am 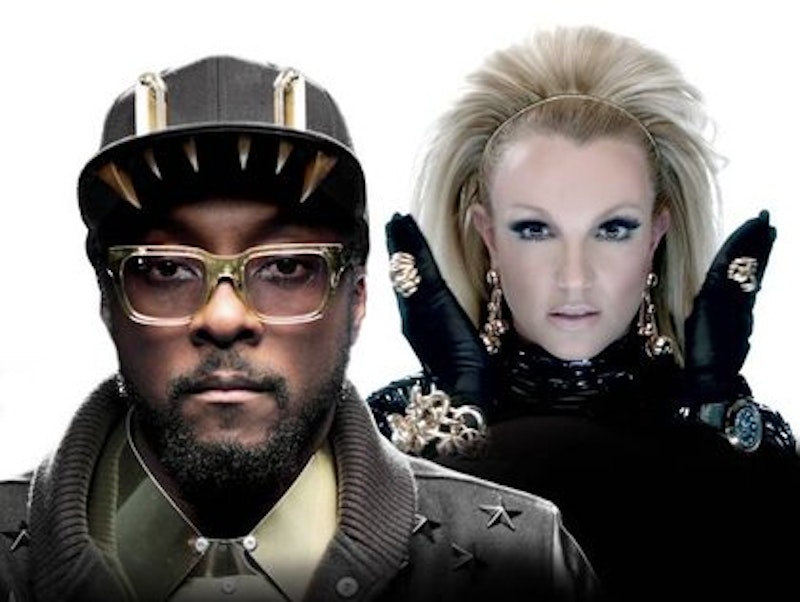 Every new McMansion should come equipped with a Vomitor album, or at the least, an extended Vomitor single. This Brisbane-based hard rock group deserves a place alongside boomerangs and kangaroos in the pantheon of lauded Australian exports. Theirs is a thrashy, cartoonish hybrid of noise, metal, and punk that will never be popular enough for those lucky enough to trip over it or be indoctrinated into its caustic mysteries.

"Pits of Nightmare-Pitch Black" opens with two minutes of steroidal, feedback-hemorrhaging guitar noise; a spiraling, serpentine hook just writhes in place, broiling, unable to move. Then, as if a prohibited switch has been flipped, wholescale ignition: a cadre of tornado riffs, asphalt-laying bass, drums pummeling so hard that the drummer runs the risk of losing his bearing, banshee vocals. Your face, their dinner. The elements shift through relaxation-to-contraction-and-back-again spasms, like an active sphincter. The velocity is such that coherence is a pipedream, but the pace switches enough to keep things interesting: speed metal, hardcore punk, something approaching heavy blues. There's a proper song in here, somewhere; half the fun of "Pits" lies in neither band or list ever ever quite finding it, even if Vomitor spend two to three minutes too many sniffing out its trail.

If this German supergroup's self-titled EP could be said to have a theme, it might be precipitation, or mortar artillery. Bass pythons rumble around at the bottom of the mix on the marital "Weeks," but otherwise the instrumental feels like a clinic on watching the world burn down: a cascade of prepared-piano flares, steel drums, and unclassifiable effects that glow and descend like a torrent of Chinese sky lanterns. The song simultaneously feels ancient and modern and futuristic: lushly regal and head-knock ready, eerily tribalistic and Protooled, sedate and urgent. The quartet ladle these sounds on in blotter sheet layers that fade as new layers are introduced, resulting in a billowing, tapestry-like effect; you'll feel underdressed for "Weeks," regardless of what you're got on. Sleeper hit of the first quarter, and not just because of the Can connection, but I'm a little nervous that this will get lost in the relentless shuffle that is "the new" in contemporary music.

Every time the phrase "bring the action" surfaces in "Scream and Shout"—disembodied, robotic, authoritative—we might as well be re-living the Clash of the Titans remake trailer; "release the Kraken," indeed. The Kraken, in this particular instance, is a monster club pop banger that is itself about the experience of wilding out to a monster club pop banger: nothing more, nothing less.

The song purports to be a melodically Pied Piper exchange between equals about fierceness, fun, and partying in a sense so purposefully vague that "partying" translates comfortably to Kidz Bop and radio play is inevitable, but in reality, the conversation is taking place on a different, less conventional plain, between the song and the listener, whom the song is stalking. This happens because "Scream and Shout" is opium-level addicting, perfectly calibrated, without an ounce of excess fat or undue vanity. If you've clicked the link above, you are already this song's slave for life.

There is just enough Britney, and slightly too much will.i.am, and the beat parries and parties hard enough to embrace pop and house and to allow one to fantasize about the inevitable cavalcade of all-star designer remixes to follow. Now, I could do without remixes, but would love a new version of the official video where Britney and will.i.am are still dressed like refugees from a 2031 United Nations soirée and are chased through the streets of Neo New York on turbo pogo-sticks by Replicant paparazzi. Solid.