All With A Composer's Flair

Nick Podgurski (Yukon) returns with a new 7" and a less compromised sound. 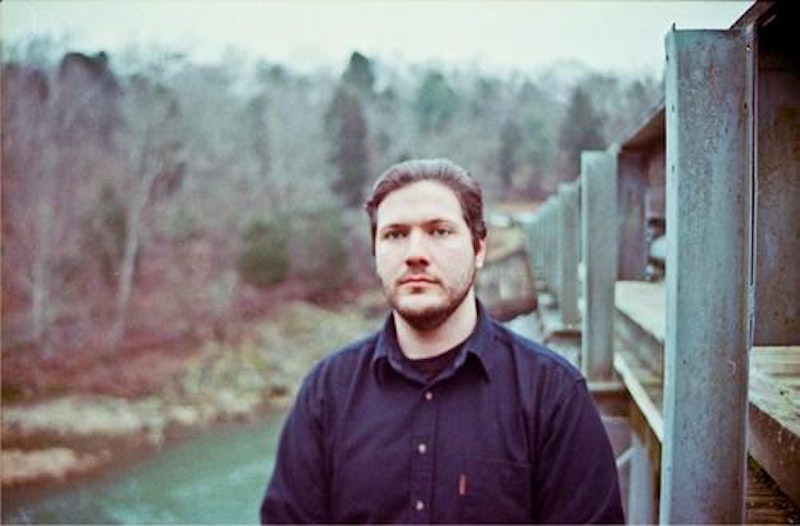 Nick Podgurski is an immediately recognizable name for anyone interested in Baltimore music: for over a decade, he made his mark playing as a teenager in Economist, a band that would eventually morph into Yukon, an enormously compelling rock group in the lineage of Don Caballero, U.S. Maple, and Unwound. I wish Yukon needed no introduction, but unfortunately they dissolved long before anyone outside the area knew who they were or what they were doing. Their 2006 CD Mortar is still brilliant, straddling the line between earnest and intricate guitar work and passages that take the piss out of the seriousness of most other instrumental rock bands (see Don Cab’s absurdist song titles like “Delivering the Groceries at 138 Beats Per Minute” or “Let’s Face it Pal, You Really Didn’t Need That Eye Surgery”). After Denny Bowen, now of Roomrunner, left Yukon in 2007, they played and toured inconsistently with a new set for three years. By the time the self-titled Yukon was out in May 2011, they were finished.

Anyway, it wouldn’t be fair to Podgurski to go on about Yukon, because this is about his new 7” for New Firmament Records and Terra Firma Records, “Radiance of Mania/(I Ain’t No) Miracle Worker.” Feast of the Epiphany is a long-standing Podgurski solo project, and I just assumed it would bear no resemblance to his work in Yukon, but these two tunes are undoubtedly of a piece with songs like “Heroyal,” “Throws,” and “Cut the Lines.” Both projects are oozing with technical chops and a conservatory sensibility that lends itself to repeated and focused listens: atonality, elliptical passages that bend and subtly change into something else, and Podgurski’s urgent, solemn, funereal vocal style. It’s a jarring approach for such a young man, but the idiosyncrasies of his voice and intense, religious imagery don’t obscure these warped, fascinating songs.

Instead of backing the treble/mid-range serpentine guitar riffs of Sam Garrett, Podgurski provides accompaniment for his professions. The closest thing I can think of is Baltimore’s Asa Osborne, better known as a member of Lungfish and Zomes. On Zomes’ first self-titled record, Osborne and friends utilized blown-out but richly distorted keyboard tones and simple, regal phrases of half a dozen notes or less, looped over and over against a mechanical drum machine pattern, to conjure an almost medieval atmosphere. “Radiance of Mania” and the organ/guitar interplay on it are cut from the same cloth. These songs are propelled by the fuzzy, dense thromp that moves herky-jerky through musical modes and scales before settling into these minor triumphant movements, like when Podgurski sings, “the tired mess within you” and “show your virtues, and fulfill, let go, reproach yourself, we’re breaking in once again.” If you like Yukon, it’s a toss up whether you’ll even want to sit through “Radiance of Mania,” assuming straight riffs and bombast are all you know. Podgurski’s Feast of the Epiphany isn’t one bit boring; it’s just less compromised, for better and for worse.