I’m too old to give a shit about the Rolling Stones. 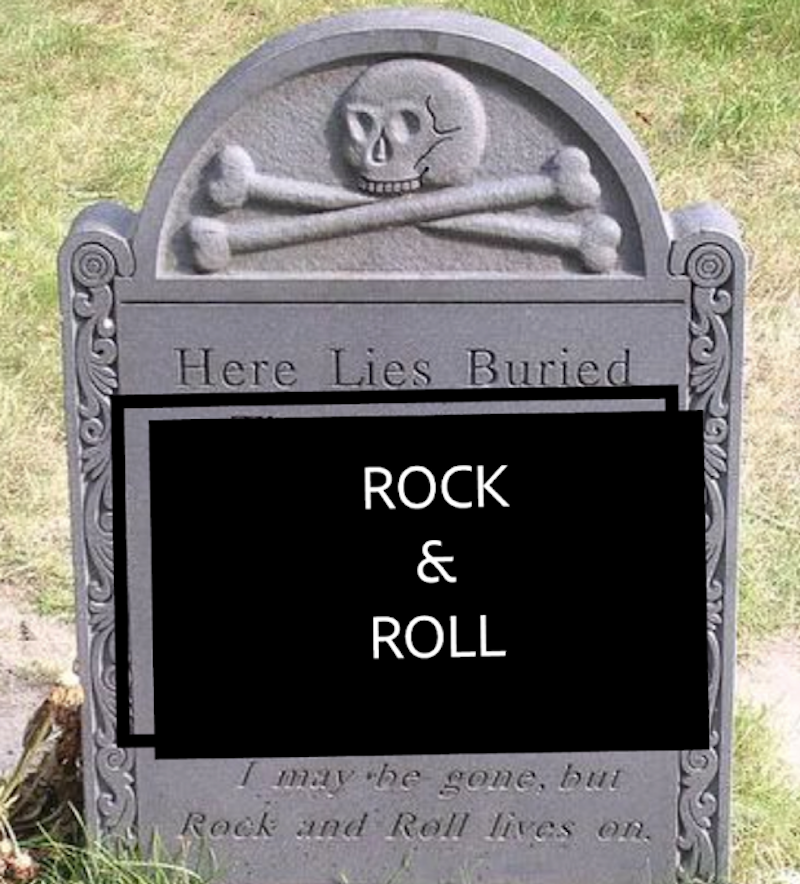 I can't waste time watching the Beatles muck about in a recording studio for 10 fucking hours. So Disney should've let it be. Trying to find the new Velvet Underground documentary or listening to the entire Bowie discography, digging T Rex, Zappa and Beefheart, the roll call goes on. I've spent a lifetime dedicating myself to rock ‘n’ roll. I give up. Even in my prepubescent youth, young girls would wet their panties over the sexually-charged excitement of Ringo, John, Paul, and George. Even Mick Jagger. I never got the attraction.

Haven't we had enough of living in the past? If guys like Ozzy Osborne can become respectable citizens with a reality TV show, then we're surely doomed. Idiots like Ted Nugent can sway with Eric Clapton or Van Morrison, whose stinking politics replaced their music. Even groups like Pink Floyd and Led Zeppelin don't matter anymore. I can still listen to them now, but it doesn't make me feel young or rebellious. I'm serious. I'll take singing birds and babbling brooks over Aerosmith's “Dream On” any day. Silence is preferable. Fuck it. I survived Punk Rock. There's nothing left after that crap.

It was a spooky magic hearing rock ‘n’ roll in those heady original days. Elvis was still the king, but not for long. I recalled his televised comeback special in 1968. Elvis, decked out in a black leather shirt and pants combo with perfect hair and a winning smile, but it was already too late for him. He was a relic of the past, much like I am today. I survived those rock years intact, but the music and bands who produced it weren't so lucky.

Pop culture is a mess of icons and images thrown together in a raucous bunch of noise and glory to those false gods who walked among us. Too many are gone now, and many more are on their way out too. Sure we'll always have the music, but who wants it? The traditional folk music of the 1950s mutated into the early days of rock when the electric sounds were catchy tunes to accompany the latest dance crazes like the Twist.

Bands had gimmicks like used car salesmen. Sam the Sham and the Pharaohs, Herman's Hermits, Question Mark & the Mysterians, surf rock instrumentals on the beach with the Ventures, or freaked-out Electric Prunes, 13th Floor Elevators, Strawberry Alarm Clock, or the 1910 Fruitgum Company. Bands with silly names and stupid songs. By the late-1960s, rock music evolved into a cohesive sound of dissent, the stench of a revolution that went nowhere.

A contrived sanitized version mock band, made-for-TV like the Monkees or Saturday morning cartoon fodder rock like the Banana Splits, dominated the scene in a surreal vision of life in a vacuous void of schmaltz and schtick. Even the Beatles had their cartoon show. It was poking fun at the youth revolution and, in turn, poking fun at itself. The music became over-saturated with pop imagery and parody to absurd proportions of insider humor lacking any sense of identity. Acts like Barry Manilow, Engelbert Humperdinck, Tom Jones, Billy Joel and so on.

The Rolling Stones take the prize from an illustrious six-decade career in the musical spotlight. With the recent death of drummer Charlie Watts and the never-ending death pool bets on guitarist Keith Richards’ impending demise. They’ll soon be replaced by holographic images of the undead, live on stage.

Maybe I'm just having a bad day, a bad year, or worse life. Nevertheless, I can still enjoy rocking out on those rare occasions. They're just growing few and far between. Every generation had its musical heroes, from the Big Bands and Frank Sinatra to present-day icons like (fill in the blank). Even Liberace played Vegas forever with dazzling costumes, a tacky silver chandelier bedecked Grand piano, and enough flashy jewelry to choke an elephant. The modern-day equivalent is Elton John. The spectacle was fun to watch. To all the bands I loved, they colored my life. I salute those about to rock, the many who did, long gone and the ones soon to go.