One of Us Listens to Ringo Starr

I was mostly indifferent to the eight-hour Get Back. Also, compulsory voting is a terrible idea. 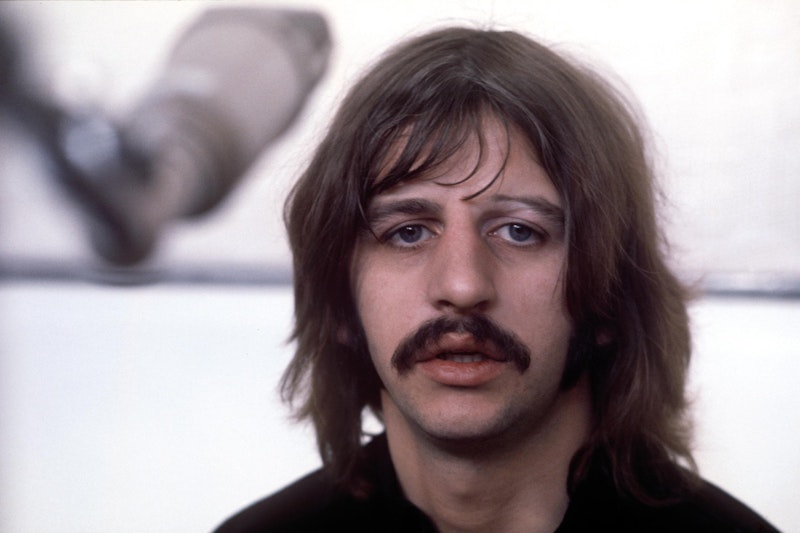 It’s not like me to wait so long to comment upon a major new documentary about The Beatles—part of the trinity that includes Bob Dylan (whose two Martin Scorsese-directed films I snapped up) and the Stones—and it reminds me an Easter Egg hunt 60 or so years ago at Heckscher Park in Huntington, when, much to my mother’s disgust, I came home empty-handed (“You can’t follow the crowd, Rusty, go where no one else is,” she admonished, to which I shrugged my shoulders).

I was reticent about signing up for Disney+ when the nearly eight-hour Get Back began streaming in late-November, despite rhapsodic raves from people I’ve known for decades, and the social media pandemonium. I don’t comment much on Facebook, but did indicate my indifference to a college chum, saying I saw the first film about the Beatles’ tumultuous last year, Let It Be, in 1970, and it left a sour taste in my mouth. My friend responded quickly: “Get Back is a whole new ballgame, Rusty, it’s an amazing document.”

Since then, I’ve watched dribs and drabs of Get Back—okay, almost all of it—in the past month, and while some of it was cool—I’d forgotten how fucking funny John Lennon was, and the snippets of songs that would appear on future solo albums (the dreary “All Things Must Pass” by George; the even more-dreadful “Another Day” by Paul; and, most surprisingly, John’s embryonic “Gimme Some Truth”) were interesting, as was seeing the bottled-up annoyance of arranger/producer/musician/5th Beatle George Martin, dressed in a tie and jacket, although the shirt with buttoned pockets was a nod to current fashion.

I don’t get the joy expressed by fans that viewers get to see the start-to-finish composition of the hit “Get Back.” (I’ve always liked the song, although it’s disappointing that the released version wasn’t what was originally a protest against British anti-immigration sentiment in 1969; that would’ve caused a stir.) There was George, as always bitching about money; Paul, though he says in a secretly recorded conversation that John was always the leader, taking charge, sometimes obnoxiously, sometimes just flat-out-professionally, as the other “lads” didn’t seem too interested; there was Ringo, looking bored out of his skull; and John with Yoko. The latter, over the course of eight hours, wasn’t nearly as ubiquitous as in the original 80-minute film—she’s fairly jaunty, chatting amiably with Paul’s wife Linda and walking around the studio—so I might reverse my long-held belief (mostly out of spite at first, and in the following decades, in jest) that she broke up The Beatles.

But as my sons—The Beatles, unanimously, pass through the generations, unlike, say the Stones or Who—and I agreed, too bad the eight hours wasn’t about rehearsals for Revolver, Pepper or The White Album. (In fairness, at least to our knowledge, no such footage exists, save for sequences on the excellent first Beatles series, Anthology, which came out in 1995.) “Two of Us,” from Let It Be, is still a favorite, but hearing outtake after outtake of “The Long and Winding Road,” “Maxwell’s Silver Hammer,” “Octopus’s Garden” and “Let It Be” wore on my nerves.

I’m not a musician, so there was no revelation about chord changes and varying instruments as the songs came together. The bits of gossip displayed are almost all old-hat if you’ve read any of several very good books about the band. (I did find it funny that at the beginning of each episode of Get Back, there’s just one warning: “Tobacco use shown.” It’s hard to believe that in all those sessions there wasn’t a load of swearing, but I’d guess Disney edited that for its audience, which is a (minor) distortion of history.)

As noted above, I saw the original film Let It Be in 1970, at the end of ninth grade, with my buddy Ricky Morrison (we wrote a music column together for Simpson Jr. High’s Echo) and we were underwhelmed. Just shy of 15, I was severely bummed when it was announced earlier that year that The Beatles had broken up; I hadn’t liked Abbey Road at all from the previous fall (except for “You Never Give Me Your Money” and “Mean Mr. Mustard”) and only “Two Of Us,” “Get Back” and “For You Blue” captured my attention from the album Let It Be. Ricky did try to lighten the somber mood at Huntington’s Shore Theater by altering the lyrics on George’s “I Me Mine,” singing, “All through the night, she is mine, she is mine, she is mine.” Hope!

I maintain an inexpensive digital subscription to The Boston Globe, almost exclusively to read about the Red Sox, particularly coverage by Alex Speier, Chad Finn and Michael Silverman. There’s little else in the once-prestigious daily that I can’t find in The New York Times, Washington Post and Wall Street Journal. However, last Sunday an “Ideas” column by Democrats Miles Rapoport and Alex Keyssar caught my eye: a call for the United States to introduce compulsory voting for all citizens; those who don’t obey would be subject to a fine. (Not prison time, at least not in this iteration.)

The authors almost lost me at the first sentence: “It is no secret that we are at a perilous moment in our country’s democratic journey.” The hackneyed phrase “democratic journey” is bad enough, but worse is one more—they multiply each week, especially as President Sippy Cup and Veep Kamala Harris keep getting slammed in approval polls—false flag that “American democracy is dying,” which I wrote about last week.

Rapoport and Keyssar continue: “Today’s electorate is still skewed toward older, white, and wealthier voters. There is a powerful analogy to jury service, which is widely accepted as a required civic duty.” Sort of: the provisions for jury duty vary from state to state, and it’s easy to pile up exemption after exemption until you’re finally obliged to show up at a courthouse and pray, along with others, that you won’t get called. In Maryland, for example, potential jurors are culled from DMV records and voter registration. New York has a stricter approach, using tax rolls as the basis for a trip to Lower Manhattan. (Living in New York for 16 years as an adult, I was successfully summoned just once, after seven exemptions because I owned a business, and that was the day after the 1994 midterms in which Democrats were wiped out nationally. I was the only in the immediate vicinity reading a newspaper about the results.)

I’m not registered Democrat or Republican, and do favor making it easier for those who desire to vote. But “universal voting” (the authors’ euphemism for “forced voting”) is a violation, I believe, of America’s “democratic journey.” Voting is a citizen’s privilege, but one shouldn’t be required to either vote or face a monetary penalty. There are at least two ways I think the electoral system could be modified. First, Election Day ought to be designated a national holiday—Saturday or Sunday makes sense—allowing a lot more people to head off to the polls. No worries about crabby employers complaining that you’re two hours late because of long lines. In addition, the relatively recent practice of early-voting, sometimes well ahead of an election, could be pared down to no longer than two weeks before an election. Casting a ballot in early-October for a presidential or local election makes little sense: there are always wrinkles in political contests, revelations both good or bad (but usually the latter) about a particular candidate that might, or should, cause “buyer’s remorse” for those who wanted to get their vote out of the way.

The Globe’s guest writers cite Australia as a model, since voting is mandated, and the participation rate is 90 percent. That’s nifty, I suppose, for Australians—who aren’t too keen on government right now due to excessively stringent Covid restrictions, which they didn’t vote on—but there’s no reason to adopt the rule in the United States, where “freedom of choice” is still valued.