Springsteen as Our Era’s Wagner

What does it say about us that our ‘opinion elites’ like that garbage? 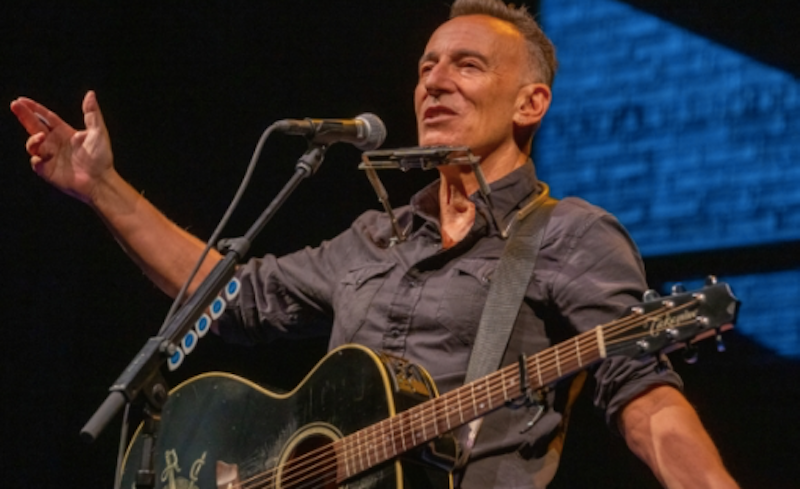 This is a remarkable article in that it’s premised on the idea that Bruce Springsteen is what the middle-aged liberals who worship him think he is, which is a prole, a blue-collar man of the people, the salt of the earth, the Bard of the Dispossessed. It then takes him to task for betraying his working-class essence via his much-publicized recent sale of his songs to Sony for more than half a billion dollars.

It’s hard to think of something interesting about Springsteen, but were the barrel of a howitzer shoved up against my temple and I were ordered to come up with something, I might point to precisely the peculiar role he’s played in the emotional life of a certain type of aging print-media white male liberal.

I’ve long marveled at how many members of this demographic have paid tribute to Springsteen: Eric Alterman, Ron Rosenbaum, David Remnick, David Brooks, Jeffrey Goldberg, and the late Jack Newfield all come to mind.

The sociological implications of this reverence are fascinating. What does it mean for our culture that a Springsteen should exercise such an emotional and intellectual (if that’s the right word in the context of Springsteen) influence on a tiny but once very powerful cohort of journalists, men who did much to create the psychic infrastructure of elite U.S. society during a certain era? What could it mean that they took seriously his stage-greaser persona, and admired it, considering it attractive? Or that his groaning, sentimental vocabulary—of findin’ reasons to believe, and keepin’ the faith, and searchin’ for the promise of America, and risin’ into the light, and dreamin’ of freedom while drivin’ on the open highway, and protestin’ this or that, and all a-comin’ together in the redemptive promise of rock ‘n’ roll—struck sweet chords in their souls?

To put it another way, what does it mean that Bruce meant so much to the men who did so much of the intellectual labor to legitimate U.S. establishment power in the last decade of the 20th century and the first decade of the 21st?

This is a period that, in case you’ve forgotten, saw our establishment pull off two world-historical disasters (the Iraq war and the financial crash) and implicate itself in another thousand or so failures and grotesqueries—doing everything it could to hasten what’s become rapid American political and social decay.

Let’s not forget, meanwhile, that Barack Obama is now Bruce’s best friend and collaborator in the production of this sort of treacle. Hundreds of years from now, scholars of the American Empire will study Springsteen the way scholars of the Third Reich study Wagner or as those of Augustan Rome study Virgil: as a presiding spirit, a channeler of the spirit of an age.

While we’re on the topic, where did Springsteen’s prole/ blue-collar-bard persona come from, anyway? It’s a credit to the man’s dismal competence that this persona of his seems natural, an organic part of rock ‘n’ roll, but in fact it’s not: Springsteen more or less synthesized it.

True, he had his influences, such as the early Dylan of the Bear Mountain communist picnics and the hootenannies with the Pete Seegers of the world. But Dylan got over all that stuff fast, leaving it behind by the time he’d entered his mid-20s. (John M. Harris, himself knee-high to a grasshopper at the time, was, believe it or not, there to mark Dylan’s transition away from that nonsense, lining up at his local suburban Cleveland record store to buy one of the first copies of Bringing It All Back Home, hot off the presses.) Besides Dylan, Woody Guthrie was a stated influence on Bruce, which boggles the mind a bit—one wonders what Guthrie would’ve made of Springsteen’s bombast, his massive deadening walls of sound, his organs and glockenspiels, etc.

And beyond that? The difficulty in answering that question gives one a sense of the scale of Springsteen’s self-creation, of his hideous achievement.

At any rate, life moves on, and with increasing speed for us Baby Boomers as the oldest of us see our ninth decades of life yonder on the horizon.

The calendar moves forward, too. We Russian Orthodox, having cleared the joyous obstacle of Christmas and paid homage to the dawning of the new year according to the “old” calendar, now prepare ourselves to venerate Jesus Christ during the feasts of His circumcision and His baptism. Only anxiety associated with Mother Russia’s dangerous position can spoil our present gladness: The NATO noose tightens around the neck of our Holy Mother, and we pray that the worthy Kremlin will have the wisdom to protect her during what now seems an inevitable aggressive attack.

May God have mercy.