The most essential video of the band during the Siamese Dream era. 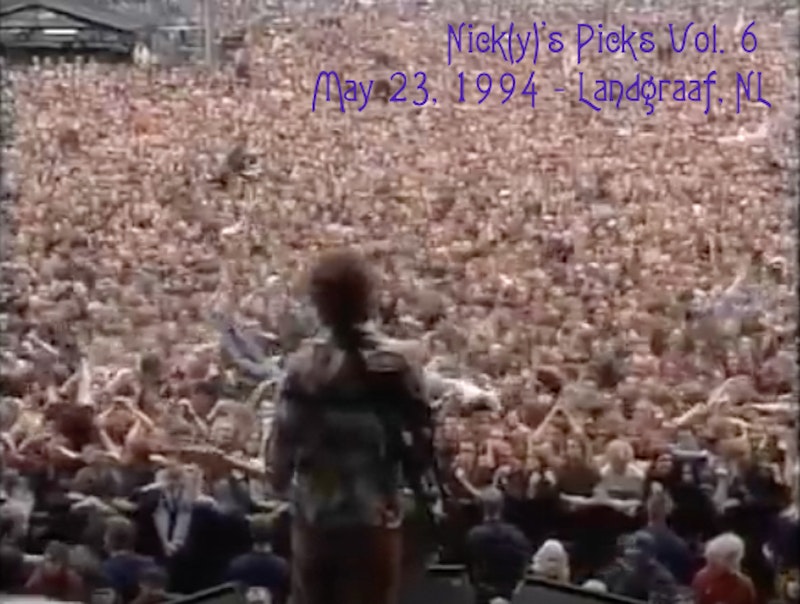 This is the show that made me a Smashing Pumpkins superfan. I first saw it in January 2010 — I’d been a fan of Siamese Dream and Mellon Collie my whole life, but this performance flipped my wig and the obsession hasn’t let up since. I figured Billy Corgan was a washed up crank who’d totally lost the plot and his muse in the mid-nineties. I remember Pitchfork trashing “A Song for a Son,” the first song in the never-finished song cycle Teargarden by Kaleidyscope, three days into the new year: “There was a time, over 10 years ago at this point, when Billy Corgan's grandiose ambitions were all within his reach, and his most overblown productions were often also his most tuneful and endearing. These days, though... ugh. […] Corgan once sang ‘I'm in love with my sadness!’ and it rang true. Now he just sounds defeated and deflated, like a man who ought to seriously consider ending his long-term relationship with his melancholy muse.” The video of this performance gave me an entirely new perspective on the band and what they were and how intense and histrionic they were as a live unit. Equally absurd and grand, and totally unmitigated by any concerns of appearing cool or restrained. Hammer of the Gods.

Recording Quality: B+. The only circulating audio of this show is decent — a bit flat and quiet, but perfectly acceptable and easily improved with a bit of EQ and amplification in Audacity. Having said that, the audio doesn’t capture the intensity or the drama that the video does. It sounds like a perfunctory run through of a standard 1994 festival set. The audience recording is only worth checking out because it’s the complete set: the video doesn’t include “Cherub Rock,” most of “Rocket,” or the ending of “Silverfuck” (which features a “Jackboot” tease). The pro-shot video is incredible. Very cinematic and well edited: it alternates between stunning wide shots of the massive festival crowd with Billy’s back in the foreground and extreme close-ups of his face. There’s a sense of scope and grandeur here that reminds me of Ran by Akira Kurosawa. I know that sounds like a ridiculously overblown comparison, and it could be sentimentality, but the video of this gig looks like a scene out of a Hollywood Pumpkins biopic showing them during the height of their imperial phase as a live band.

Performance Quality: A+. Silliness and seriousness, grandeur and absurdity, pathos and bathos, life is happy, life is sad… Billy’s bizarre Frankenstein lope move at 26:54 says it all…what the fuck?…but it works…

Setlist Quality: A. This is a truncated version of a standard Siamese Dream set. All of the songs featured here were played frequently by the band, but these are all exemplary versions. It’s a good thing the full audio of the set exists for posterity, but the essential thing here is the video. This is the go-to video to show to someone if you want to make them a fan or at least change their perspective or perception of whatever The Smashing Pumpkins were…