Arthur Lee and the Dark Side of Love

Joan Didion wasn’t the only one who saw through flower power’s bullshit. 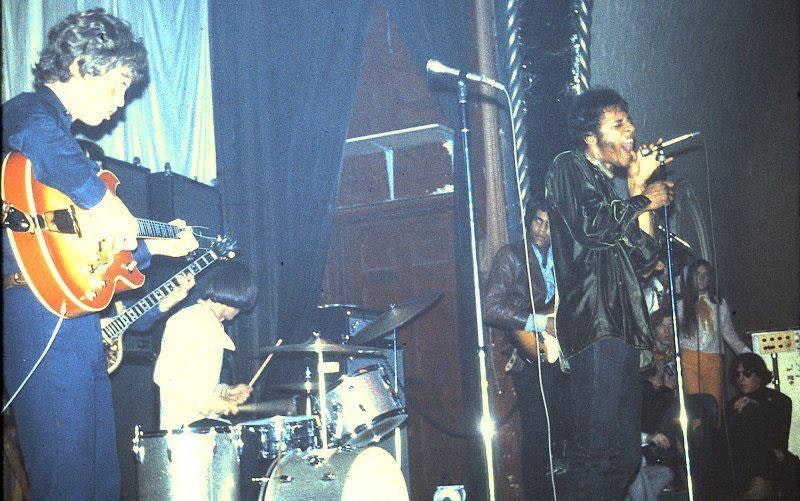 I wasn’t born during the 1960s, so I have a romantic idea of the decade: peace, love, great music, social awareness, and lots of drugs. After reading Joan Didion’s Slouching Towards Bethlehem, though, I realized the 60s were a lot darker. “Adolescents drifted from city to torn city,” she wrote, “sloughing off both the past and the future as snakes shed their skins, children who were never taught and would never now learn the games that had held the society together.” The so-called Age of Aquarius started with hippies feeding five-year-olds acid and ended with the word “pig” written in Sharon Tate’s blood on her door.

Didion wasn’t the only one who saw through flower power’s bullshit. While hippies were going to San Francisco with flowers in their hair, Arthur Lee of the band Love was in Los Angeles writing songs for an album that he thought was going to be his last will and testament. The result, Forever Changes, is full of contradictions: gentle and lush production paired with dark and foreboding lyrics. It’s an album caught in the tension between serenity and insanity, with every pleasant note masking an underlying darkness. Forever Changes is the perfect soundtrack to chaotic times.

After the crowd-pleasing opener “Alone Again Or,” the second track “A House is Not a Motel” sets up the contradictory nature of the album by first describing Love’s hangout The Castle, an old mansion previously owned by Bela Lugosi where musicians like Nico, Jim Morrison, and Brian Jones would stop by and party with the band. “At my house I’ve got no shackles,” Lee sings, describing how the Castle was a safe haven for the band where they could be groovy, write songs, and do drugs. Meanwhile, the Vietnam War was raging with “more confusions, blood transfusions.” It’s at this point that the music turns chaotic with a blistering guitar solo and Lee howling in the background as the song fades out, putting the listener into a schizophrenic frenzy.

Vietnam looms large over many of the songs on Forever Changes, serving as a metaphor for the war going on inside Lee’s head. In “The Daily Planet,” the listener is introduced in the midst of “the sirens and the accidents” happening on the streets to a woman who buys her children toys to “keep [them] in practice waiting on the war.” Lee could see how America was training its youth to grow up to be killers in combat from the time they are born. “The Daily Planet” also introduces a common motif on the album, as Lee sings two things at once as if he’s not sure what he’s trying to say. “I can see you,” he sings, “with no hands/face. Eyes I need you, you’re my heart/face.”

“The Red Telephone” is the album’s darkest song with the opening lines, “Sitting on the hillside/watching all the people die/I’ll feel much better on the other side/I’ll thumb a ride.” Lee’s watching all the death and destruction around him, and thinking he might be next. Even the music seems to hide a dark secret with a harpsichord that creeps along throughout the song building tension with every note until Lee pleads for his freedom in the end. “They’re locking them up today,” he eerily chants, “they’re throwing away the key/I wonder who it will be tomorrow/you or me.” It’s unclear if he’s talking about his freedom as a black man in the 60s, freedom from his inner demons, or both.

The album ends positively with “You Set the Scene,” where Lee resolves to live to the fullest regardless of what happens next:

This is the time and life that I am living

And I'll face each day with a smile

For the time that I've been given such a little while

There will be time for you to start all over

Perhaps that’s all anyone can do while living through apocalyptic times, especially nowadays. Every morning I scroll past headlines about mass shootings, political scandals, and melting glaciers, and I wonder how long the center can hold.