No, It's Not Just Eddie Vedder Left

We still have the Melvins and Mudhoney. 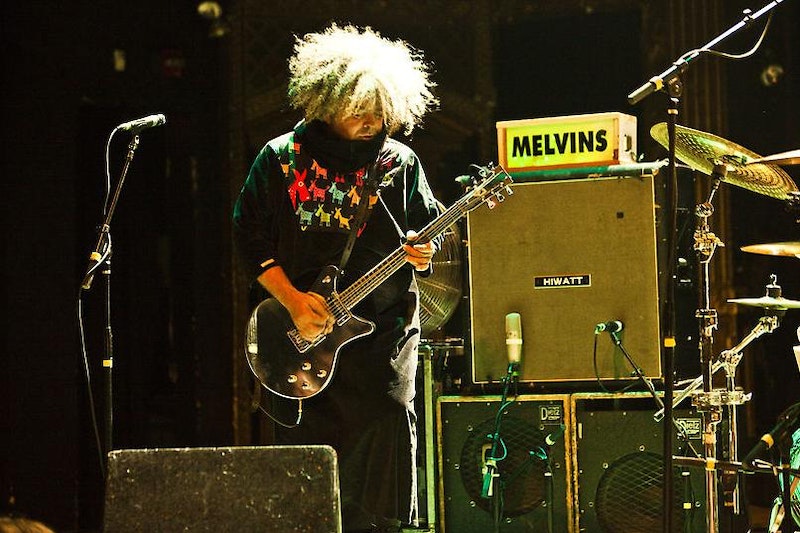 In the wake of Chris Cornell’s sudden death, a curiously morbid narrative has taken shape: that Eddie Vedder is grunge’s last man standing. It’s not entirely inaccurate, but there’s more to the story. Nirvana, Alice in Chains, and Soundgarden may have all lost their frontmen, but the Seattle rock scene was much bigger than just those bands. In fact, two of those bands, the Melvins and Mudhoney, are still with us.

Forming in 1983, the Melvins were one of the first bands to experiment with combining metal and hardcore punk with an ironic pop sensibility into the fusion that became grunge. Coming from the small logging and fishing towns outside of Seattle, their music captures the restless boredom that often accompanies small-town life, particularly the isolation of being the resident weird kids. They were a profound early influence on Nirvana, with frontman Buzz Osborne even introducing drummer Dave Grohl to Kurt Cobain and Krist Novoselic. The Melvins managed to survive the many label and line-up changes that have destroyed most bands and are still touring and putting out music.

It’s impossible to talk about the history of grunge without mentioning the short-lived Green River. Formed in the mid-1980s, they were the first band marketed as “ultra-loose GRUNGE that destroyed the morals of a generation.” After releasing an EP and an album, its members would later lead several notable bands. Stone Gossard and Jeff Ament formed Mother Love Bone, Temple of the Dog, and Pearl Jam. Mark Arm and Steve Turner founded Mudhoney with the Melvins’ Matt Lukin.

Mudhoney are regarded as grunge’s court jesters, and with song titles like “Touch Me I’m Sick” and “Douchebags on Parade,” in addition to campy videos, it’s easy to see why. But their kitschy humor is underscored by some genuine anguish, and an early description of the band’s music as “loud songs about love and dirt” may have been the truest advertising ever. In the documentary Hype!, Screaming Trees frontman Van Conner says: “We were the guy in high school who people used to beat up and we couldn't even talk to the pretty girls. I mean, we couldn't... we're nerds, goddammit!” The real story of grunge is that it’s made up of artsy kids stranded in lumberjack country, and Mudhoney captured that in such a distinctive way. Like the Melvins, Mudhoney has largely survived label and line-up changes through remarkable perseverance.

Somehow grunge has become reduced to just guys in flannel shirts singing about their misery. In hindsight, I’ve come to see the alternative revolution of the '90s as the last gasp of an artistically-led American counterculture, particularly one that posed serious questions about the exchange of art and commerce. The Pacific Northwest’s geographical isolation from most of the country instilled an impressive do-it-yourself ethic on kids who were desperate to find ways to entertain themselves. The indifference from the mainstream allowed the scene to find ways to create its own identity. The music industry itself was a different beast. The blockbuster mentality wasn’t as pervasive, so a band like Soundgarden could make three or four albums before garnering massive radio play. Today, an artist on a major label whose debut tanks rarely gets a second shot. I think our culture has become so risk-averse that I don’t see a comparable counterculture on the horizon.