Fifty years later, most of the record holds up. 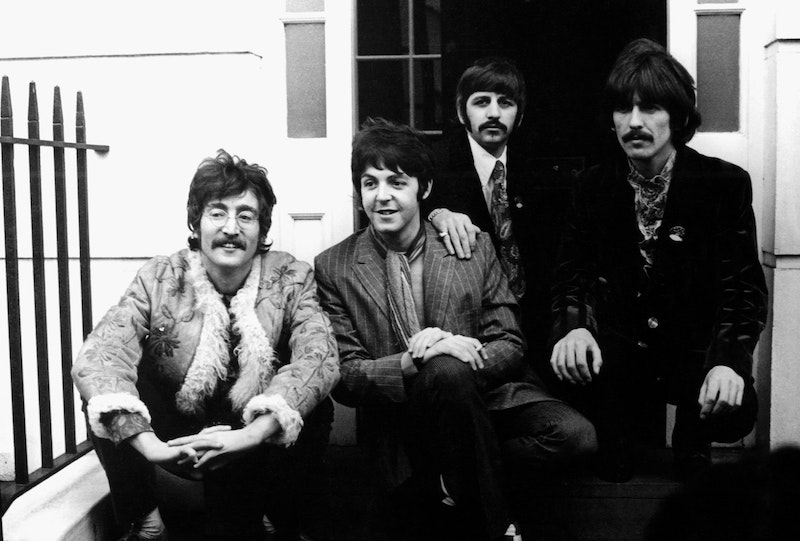 Later this week, Capitol will release a number of 50th anniversary re-issues of The Beatles’ most famous record, Sgt. Pepper’s Lonely Hearts Club Band and I’m not embarrassed to say I’ll buy it (the two-disc version, not the cash-grab six-disc option). It’s not my favorite Beatles’ record—that would be Revolver, which oddly didn’t receive re-package treatment last year—but as someone who vividly remembers the day I first heard Pepper’s in early June, 1967 it’s an automatic purchase. Really, who doesn’t want to hear outtakes of “Penny Lane,” “Strawberry Fields Forever” (not included on the original record), “Fixing a Hole,” and “A Day in the Life”? In truth, I suppose this is mostly a matter of demographics: Sgt. Pepper’s has been derided for decades, often by critics and fans who weren’t born when it came out. Fine by me, rock ‘n’ roll debates are almost always fun.

Making the rounds on Twitter this past week is a two-year-old quote from Keith Richards (from an Esquire interview), in which he says: “Some people think it’s a genius album, but I think it’s a mishmash of rubbish, kind of like Their Satanic Majesties… If you can make a load of shit, so can we.” Now, that’s revisionism from a high-up source! Actually, Satanic Majesties, released in December of ’67, was given middling reviews in comparison to the almost-unanimous praise for Sgt. Pepper’s, and at the time, like many others, I thought it was a so-so monkey-see-monkey-do record—even though “Sing This All Together,” “On With the Show,” “In Another Land,” and “2000 Light Years From Home,” still hold interest. In retrospect, it was lazy for the Stones, an entirely different band, to ape the Beatles after the Summer of Love had come and gone.

Ten years ago, I wrote an essay for The Wall Street Journal, “It Was 40 Years Ago Today” (not available online), about Sgt. Pepper’s, and until I dug up the clip the other day, I didn’t really recall what I’d said. As it turned out, it was favorable, not just for the music—excepting duds like “When I’m Sixty-Four” (yet another preview of Paul McCartney’s later career of silly love songs), “She’s Leaving Home,” and the still-irksome “With a Little Help From My Friends” (why the obligatory Ringo vocal was the second track on side one still mystifies me)—but as an event that transcended pop.

I wrote: “When ‘Sgt. Pepper’ arrived, it was as if a massive block party had appeared outside your window… The presentation was a triumph of packaging, and included for the first time the printing of lyrics on the back cover. That the group had reached this point a mere three years after the first rush of ‘Beatlemania’ in America was astonishing, and the songs simply ratcheted up the sense of momentousness provided by the record sleeve… The release of ‘Sgt. Pepper’ marked the shift of power in the music industry—not all that dissimilar to the advent of free agency in Major League Baseball—from the ‘suits’ to the stars.”

It’s true that the lengthy (for the time) four-month recording of Sgt. Pepper’s did start an orgy of excess from rock stars less talented than The Beatles, but that wasn’t their fault. And it was a whirlwind year for the band: the double-sided single “Strawberry Fields/”Penny Lane” came out in February; Sgt. Pepper’s in June; the worldwide broadcast (with Mick Jagger and Keith Richards joining in) of the sappy “All You Need is Love” late in June; manager Brian Epstein’s death in August; and another #1 single, “Hello, Goodbye” released in November. Throw in the Maharishi (or throw him out) and the four Beatles were busier than ever, despite giving up touring in 1966.

I can already anticipate the sneers from my sons about this upbeat view of Sgt. Pepper’s, so while I’ll refrain from an unfair “You had to be there” defense, let’s just say no defense is really necessary.