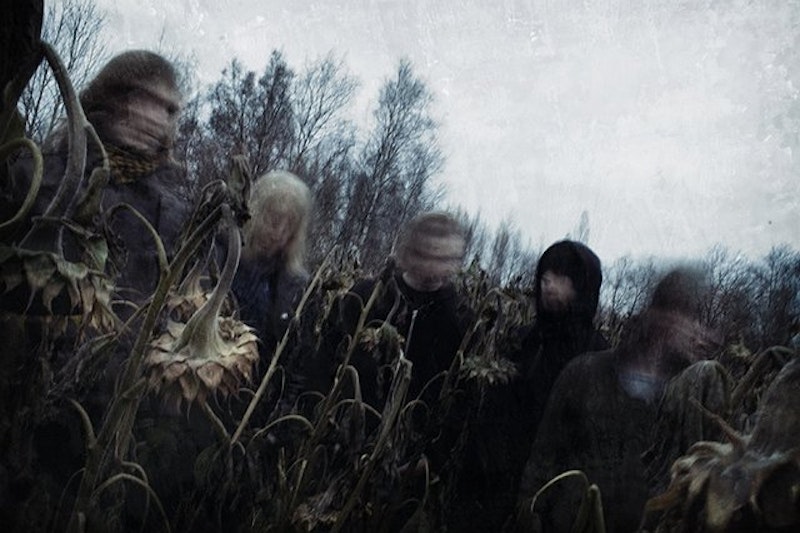 Metal demands purity. It's a genre and a subculture devoted to authenticity. Metalheads forswear the mainstream and demand only the most rigorous genre pleasures. The rotting corpse might fester and disintegrate in an unholy burst of blood, but it will not go pop.

The mysterious Italian behind Master Boot Record melds chiptune video game sounds and metal song structures and aesthetics to form an amalgamation that sounds like background music for moshing Terminators. The novelty of the project has won the project an enthusiastic following on Bandcamp, and in theory I should approve. The bleak emotionlessness of electronica and the bleak emotionlessness of certain kinds of metal should fit together perfectly.

Unfortunately, the actual execution leaves me cold. Instead of pushing metal to a newly mechanized extreme, the computerized fruitiness just makes the pro forma riffs accessible and bland. Similarly, the arpeggiated prog noodling leaves little space for the surprising sound collage goofiness that characterizes the best chiptune tracks. Master Boot Record is meant to be a work of audaciously eclectic genius, but it ends up just settling its mainframe on bland middle ground.

Oranssi Pazuzu's psychedelic black metal opus Värähtelijä was one of my favorite albums of 2016. Muukalainen Puhuu isn't quite as successful, but it's still pretty great. The production is rawer and less polished, and the stripped-down aesthetic makes the band sound even more like a horror film soundtrack. The guttural vocals and occasional forays into shrieking noise are very metal, but other segments of the album sound like they could be from a post-Sonic Youth, post-rock, post-Hendrix spaced-out collective—or from Acid Mothers Temple with a very sore throat. "Suuri pää taivaasta" starts out with a pseudo-Eastern sinuous beat, detuned guitars floating through the mystical, cross-eyed, shamanic murk as someone declaims demonic sygils. "Dub kuolleen porton muistolle" moves towards lyricism—slowed down, with shimmering bell-sounds, and a melodic bass part that would please Paul McCartney. "Kerettiläinen vuohi" is built around a Zeppelinesque cosmic blues riff—the hammer of the gods wielded by stoned trolls riding camels. Psychedelia is a genre committed to profligate cross-pollination, and metal has its roots in hippie fever dreams, so Oranssi Pazuzu feels like both a clever blending of related genres and a roots exploration. Muukalainen Puhuu isn't looking for a broad audience, but you don't need to be a metalhead to love it.

Belarussia's Amentia is about as real as real metal gets. Scourge is technical death metal with all the expected elements in place; tight tight tight rapidly shifting riffs, blastbeat drumming, guttural esophagus sounds from singer/growler Zubov. Yet, beneath the indistinguishable rotting visage, flickers of personality crawl like fat, feisty glowworms. Alex's bass bursts free of the flesh for some weirdly jazzy bars, while Artyom's guitar wails classic rock solo wank. The band also makes cunning use of space; start/stop jerks open up the music for shifts in tempo and hooks. The songs seem to be assembled out of vivisected but tuneful bit; each one is around five or six minutes, but the album feels like a Melt Bananaesque assemblage of minute-or-less blasts of frenetic weirdness. The bass fragments, in particular, remind me of fIREHOSE and the Minutemen as much as other death metal acts. Told they have a pop punk core might offend the band, but it's nothing to be ashamed of. Swallowing other's flesh just makes metal more misshapen and motley—meaning, it makes it more metal.