His music holds up to this day. 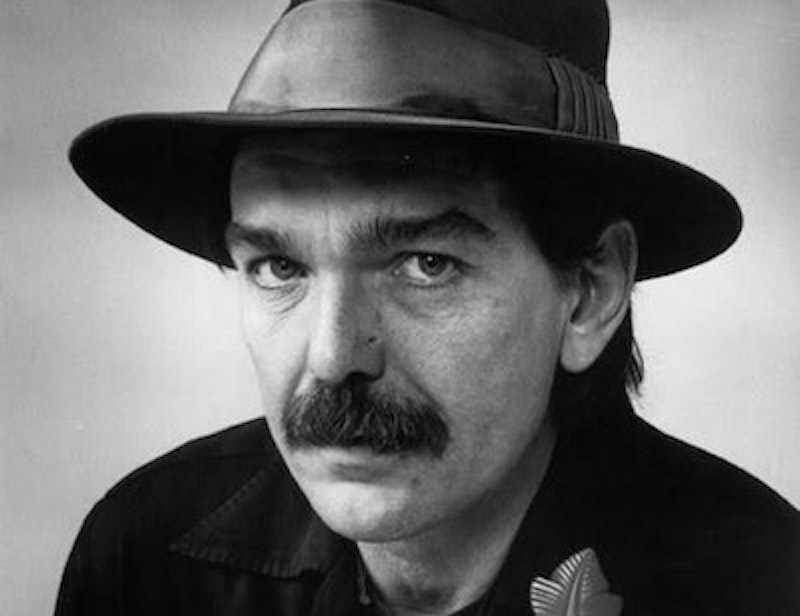 Spanning a lifetime in major obscurity, the man known as Captain Beefheart (Don Van Vliet) was too early to the game. He was late to the party that celebrates significant mainstream recognition. It's hard to put a finger on musical contributions that simply ripple through the ages. But he was never common or ordinary. His music holds up to this day.

It's probable anyone born after 1970 has barely heard of him or his music. Like many who skirted the edges of reality in the 1960s, Captain Beefheart flirted with the lunatic fringe of psychedelics within experimental music and art. The 1969 album Trout Mask Replica debuted to little fanfare from critics. It was panned as the worst album ever. One writer compared the music to a “ball of rusty barbed wire” or a “metal sock.”

I still have ambivalent feelings about the record. The double album was passed around my neighborhood by young freaks as a curio/novelty accompaniment to LSD and basement acid trip parties. Passed on from freaky friend to friend, it was a novelty badge of otherness, while simultaneously considered by some as a big joke. It spurred me on to seek out more from the Captain and His Magic Band. They already had two albums, Safe as Milk in ‘67 and Strictly Personal in ‘68 before Trout Mask Replica made the rounds in the club basements, and bedroom attics of every young acidhead’s turntable in Tinytown.

I can see lifelong friend Michael, a long-haired leaping gnome prancing about holding the Trout Mask Replica record cover In front of his face like a 2-D mask chanting, "It's the blimp, Frank. It's the blimp!" It was amusing at the time and even now very quaint looking back at our frequent forays to the land of bong hits and chemically-induced enlightenment. It colored a natural back-to-Eden innocence unequaled since. It was high times with a soundtrack.

Don Van Vliet was a child prodigy sculptor and in later years an accomplished painter. This was evident with his musical stylings. Beefheart built his colorful lyrics around surrealist images and LSD hallucinogenic language. Jangly dissonant strings and counter percussive rhythms that rival spontaneous jazz improv be-bop beat poetics and sarcastic symphonic orchestral maneuvers. His use of the marimba, and woodwind and brass instruments in combination with standard bass and guitar psychedelics melted together and crashed apart. A jazz, blues, rock hybrid monster.

Listening to Captain Beefheart’s vocals, not knowing who he was, one would believe he was an old black blues man on acid with a voice like sandpaper tempered by too much whiskey and nicotine. Like Tom Waits and Root Boy Slim had an illegitimate baby. His love of the blues and experimental jazz traditions is obvious in much of the early recordings. This hodgepodge of words and sounds added to an original brand of vinyl that could never be duplicated. Which brings me to Frank Zappa. As a teenage neighbor and musical cohort of Beefheart, the bromance and competition to one-up each other commenced. Without Zappa, Captain Beefheart never would’ve passed muster to the strictly commercial money/business realm of record company sales and promoter gigs through the years as a touring band of miscreant misfits.

Zappa’s Mothers of Invention are a different can of whoop ass worms begging for a platter of beans and a seat at the table of musical royalty. Zappa signed the checks but as a team they wrote the book. There was never a lot of money to throw around. Zappa’s Bizarre record label, along with Straight, produced acts like Lenny Bruce, Wild Man Fisher, an all-girl band named The GTO’s, and Alice Cooper among others.

At the same time, Zappa (solo) and the Mothers were releasing new albums like clockwork. Some of my faves that included Captain Beefheart were Hot Rats with the infamous song, “Willie The Pimp,” and the semi-live album, Bongo Fury. The time from the late-60s up to the mid-70s was their most inventive period.  Although Zappa attained more acclaim and financial success than his friend, Captain Beefheart had as much composer clout and artistic integrity. They were giants in a “frownland” of bubblegum ants.

I resurrect sights and sounds that molded my psyche and musical tastes. There’s no one making music today that can compare or even come close to the likes of Beefheart or Zappa. Next year marks the 50th anniversary of Trout Mask Replica and the recent reissue release of the album with all kinds of extras including a real Trout Mask Replica mask. Yes, you too can sing, “It’s the blimp.” Captain Beefheart inspired so many.