Call Me Lucky is great where it is. 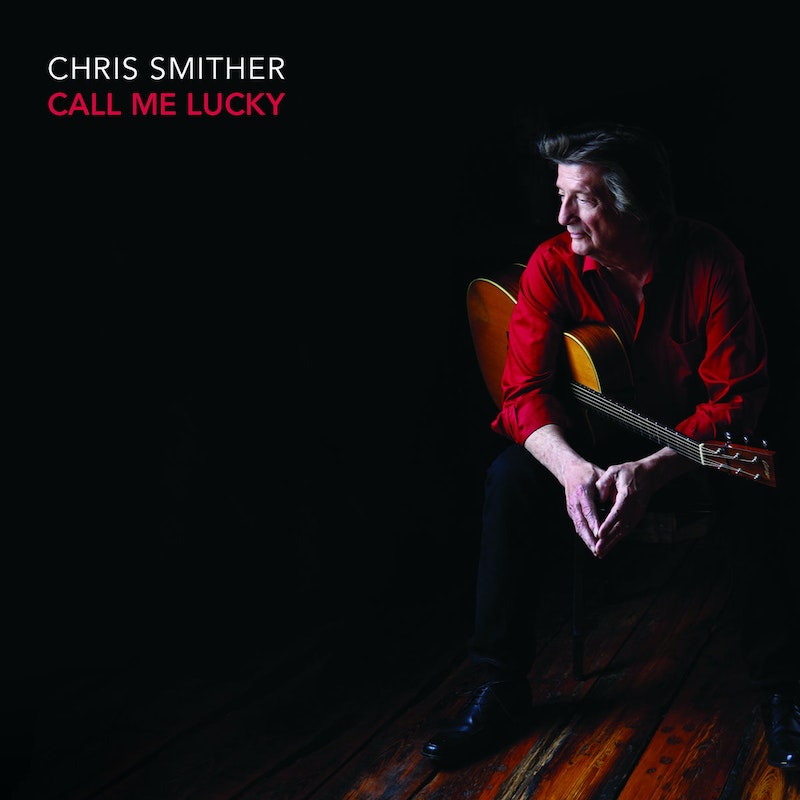 I saw an ad for my dream job recently: a chance to write about obscure music for a good salary with great co-workers. It's the sort of opportunity that 25 years ago I would have traded my first-born son to nab.

Now, I'm married and my son’s in high school. We're settled in Chicago and the job is in New York. I’d still love to apply, but as you get older, your creative and career ambitions sink into the bedding like a fat, sleepy domestic animal. When you're young, you can change your life and your residence and go galumphing across the country after happiness. In stolid middle-age, though, as Chris Smither sings, "Maybe it's better to settle."

Smither is a 74-year-old Dylan influenced folk/blues singer who's been kicking around since the 1970s. His latest album, Call Me Lucky is… well, it's another Chris Smither album. "The birds don't change their feathers just because the sky is grey," he muses to a shoulder-shrugging hoedown fiddle tune. "Much less would I consent to change my mind.”

Sometimes high profile older musicians—like Johnny Cash, Robert Plant or Dylan himself—try to reinvent themselves in their later years, working with new collaborators or covering new or unusual material. Smither isn't really famous enough to grab headlines for doing something different, so he hasn't bothered. Call Me Lucky is a set of tuneful, mid-tempo to slow songs, with Smither's expected dexterous blues picking. The cover of Chuck Berry's "Maybelline" sums up the album's approach; Smither turns the jittery, swaggering ode to driving and speed into a laid-back stroll. He sings "As I was a motorvatin' over the hill" not like a man rushing down the highway, but like a man drifting off to sleep remembering some time back there where he used to rush down the highway.

Everybody loves to celebrate creative fire, but Smither makes the case for creative embers. He's not pushing himself to take new risks, but enjoying the rut he's in, and the time and effort it took for him to get there. "Everything on Top" is an aching finger-picked lullaby about taking it easy in the face of death.

I’ve been told I was barely listening
No more time to get it all done before the final bell
But I’m resisting it is all done
Time is never short; it’s like a carousel
Round and round
Seen from the other side, upside down
Everything on top is what we once called the underground

On a second disk, Smither re-imagines the song as a rocking punk-rock shouter, which still manages to sound meditative; even when he's defiant, he sounds comfortable. In fact, he's so comfortable that he cheerily turns the comfort itself into a joke on the ragtime-esque shuffle "Too Bad So Sad." "If I need someone to hold me/someone to take my hand/don't say I should have thought of that/back when I was a younger man," he muses. The spoken coda at the end is a valediction for septuagenarian club-goers. "I'm going to spend the whole night out! Well, maybe not the whole night… Yes I took all my meds. Yes that one too. Now you've got something to look forward to." Anyone can boast about their conquests, but it takes an old guy with nothing to lose to tell an elliptical Viagra joke.

My favorite track on the album is Smither's cover of the 1930s country blues tune "Sittin' On Top of the World," by the Mississippi Sheiks. The original was a slow tune, but Smither takes it at an even more languid pace, his guitar meandering around the lyrics, like he's got nowhere to go and isn't especially concerned about getting there.

In the spring, on a sunny day

Oh my baby left me, she said she's gone to stay

I've been sittin' on top of the world.

As you get older, your dreams narrow, and you're less likely to start over in New York. But sometimes that's in part because you know more clearly what you want. Chris Smither isn't an especially famous or successful musician. You can still call him lucky though, because he's doing what he wants, sitting where he is.