The Prince and the Stones

The money and the noise. 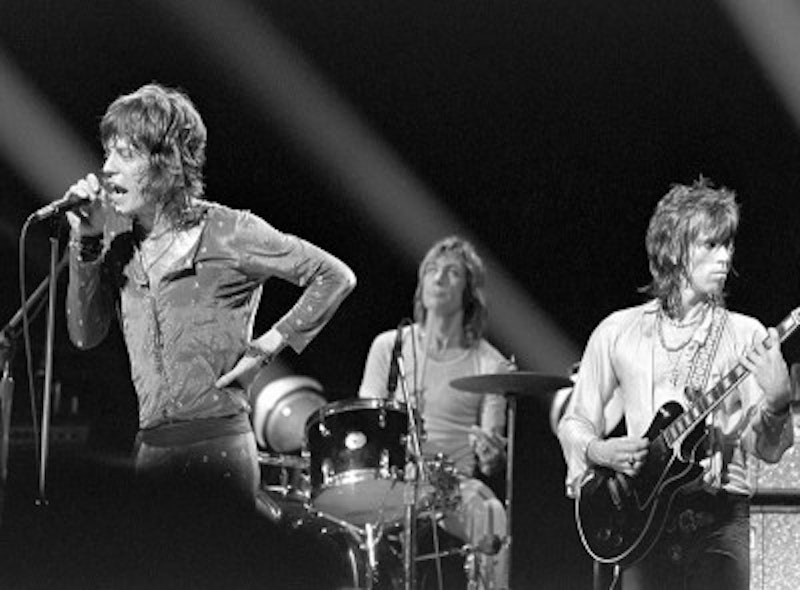 Prince Rupert Loewenstein sizes up his old clients, the Rolling Stones. “They were certainly always very hard working with their musical instruments,” the Bavarian aristocrat says, stepping carefully. “There is no doubt that Keith in particular was obsessed over which guitar he was using, and the actual sound that he was producing. So, in so far as one is concerned with the way sounds which mean something are written, it must be called music.” Thank you, Prince. That goes on a plaque.

The late Prince Rupert was accustomed to Bach and little churches in Venice. He had an Oxford degree and dined in black tie, and he did well for himself in London’s financial district. The Stones were a dozen years younger and they made noise for a living. What brought him to their cause was money. The investment banker (or merchant banker, as they say over there) arranged deals between entities with substantial financial resources. The Rolling Stones were one such entity, or would be if somebody could put them in touch with their income. In 1968, Mick Jagger hired the Prince to do so. He sorted out the band’s contracts and the money has poured in ever since. By the end of the 1970s, tending to this income stream had become the Prince’s new career. He stayed the rock group’s manager, successor to Andrew Loog Oldham and the voracious Allen Klein, until his retirement in 2008. Six years later he passed on.

In short, the Prince spent half his life running the business side of something he considered an aesthetic catastrophe, a band that produced “a pointless arrangement of sound with which I could not be bothered.” Make that more or less a catastrophe, since eventually he reined in his views. “Pointless arrangement of sound”? Well, the Prince, having seen audience reaction to the Stones, would allow this much: “There is something in their use of sound that impresses people and that they like.” And Jagger had his role, of course: “Clearly, from his dancing and the gestures, a huge amount of obsessional gratification was brought into being.” Furthermore, the Prince could honestly say he enjoyed “Paint It, Black.” But let’s not get carried away. His wife liked the songs more than he did, but she would “never put on a Rolling Stones album.” The Prince wouldn’t either. “I never played a Stones track by choice,” he tells us.

His autobiography, A Prince Among Stones: That Business with the Rolling Stones and Other Adventures, indicates a man quite comfortable with himself. If the Prince ever tried to be hip, no one caught him at it. Nor did he hide his northern star. “You make a huge amount of money with him,” he reminded David Gilmour, the “him” naturally being Roger Waters. The advice did no good, the Prince reports. This was during a mercy mission to straighten out Pink Floyd. But while that group imploded, Mick and Keith were making a decision. The Stones have chugged along ever since, staying intact no matter who grumbles about who. They serve an audience that won’t go away, and they sell to a market that can’t be sated. Thanks to them, the Prince landed next to one of those freak, non-dying geysers of income that dot the baby-boom pop-cultural landscape. For going on half a century, he made sure the Stones got their due from this windfall and that he did too. The man wore out before the money did. That is, the money is still coming in and the Prince’s death is a memory. So yes, Mick can put up with Keith, and the Prince put up with the band’s product (“rhythmic music with lyrics describing trite emotions,” as he describes it during a weary moment).

Once he visited the South of France to talk with the fellows. Keith and Anita had set up house; there were “boxes and crates everywhere.” The Prince saw Bach’s 48 Preludes and Fugues sitting in a pile of LPs. One might say that civilization continued, after a fashion. Meanwhile, in the basement, the band made Exile on Main St. Civilization had a competitor and the Prince drew a percentage from it. He quoted Dickens and listened to suites for cello. But, like the rest of us, he lived in the age of profitable noise.