Music Labels of the Future 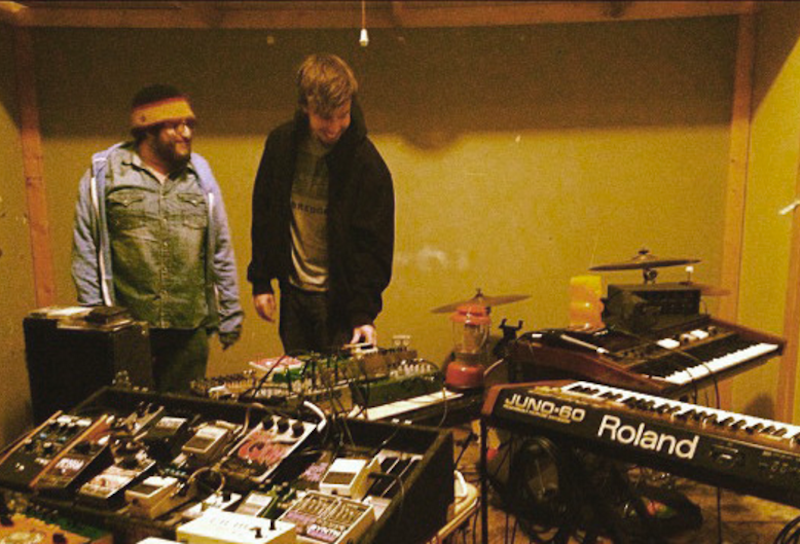 In the era of Bandcamp, Soundcloud, iTunes, and DIY everything, music labels are an odd anachronism. Any musician anywhere can record music in their living room with a laptop, upload it to multiple platforms, take a picture for the cover, and then arrange for payment through PayPal or some other money transfer software/app/platform. Performers like Claire Keepers and Be Steadwell don't have labels, and don't need them. The web cuts out the middleman.

It's easy for artists to share their own music—but that creates its own problems. The volume of music available online is so staggering that it's impossible to sort through it, or decide what’s worth listening to. I stumbled on Keepers and Steadwell by accident, and they're great, but am I missing something else that is as great or (if possible) greater? Who knows?

Which is where the useless music labels can start being useful again. One of my current favorites, the electronica/experimental label Hausu Mountain does produce cassettes and nice cover art for its artists—but since I just buy digital downloads, that's not its main appeal for me. Instead, the reason I follow Hausu Mountain's output is curatorial. I could spend hours combing through Bandcamp trying to find interesting new releases. Or I can just check out the latest release from Hausu Mountain. The second tactic is a lot more efficient and, in my experience, a lot more satisfying.

My favorite Hausu Mountain release this year is Davey Harms' pounding Cables. Harms is from Providence, RI, and apparently he’s known there under the name Tenspeed—but there's no way I'd ever have found his work without the Hausu Mountain label.

Which would’ve been a shame, because his album, Cables, is one of my favorites of the year. The approach is somewhere between industrial and the glitch/skitter techno of Aphex Twin; the Hausu cover image of a bio-tentacular psychedelic-colored enthroned cartoon metal monstrosity does a remarkably good job of conveying the sound.  The first track, aptly named "Trapped in the Grid," is a blaring dancefloor headache built around an additive structure a la "Sympathy for the Devil," but with blaring lasers and squeaks and thumping instead of instruments. "American Raw," despite the title, takes a less assaultive, goofier approach, building its stiffly itchy beat around cheerful sproinging sounds and computerized blurps and hiccups—R2D2 dancing while experiencing gastrointestinal distress (or whatever the robot equivalent of gastrointestinal distress would be.)

The most recent Hausu Mountain release is Possible Mountain, by ROM—an electronica duo based in Miami. They say they've been involved in "projects such as Savath & Savalas, Feathers and Helado Negro," which presumably means something to someone on the Internet, but those are not bands I've stumbled across before.

In any case, ROM isn't blaring, like Davey Harms. Instead, they make mellow, hippie music by which to sit back and let your eyes cross. "Pulpo" is the sound of squeaky laptops skipping and playing as the camera pans across photogenic fjords. "Crawl Upside Down," unexpectedly, sounds (probably deceptively) like real people playing real instruments, with a strummed guitar, a drum kit, and a folksie coffee shop hook—until there's a hapless tape distress noise, and you're back in the land of cheerful, melodic, purely artificial bytes.

I don't love everything on Hausu Mountain; The Bang Bros. sparse abstract noise jazz Food for Thoth didn't really do much for me, for example. But for any given release on Hausu Mountain I have a better than even chance of enjoying it and decent odds of being blown away (as with Davey Harms, or Eartheater's RIP Chrysalis from last year.) That's a pretty good average. Labels: they're not dead yet.