Deerhoof show they are without the mute on Mountain Moves. 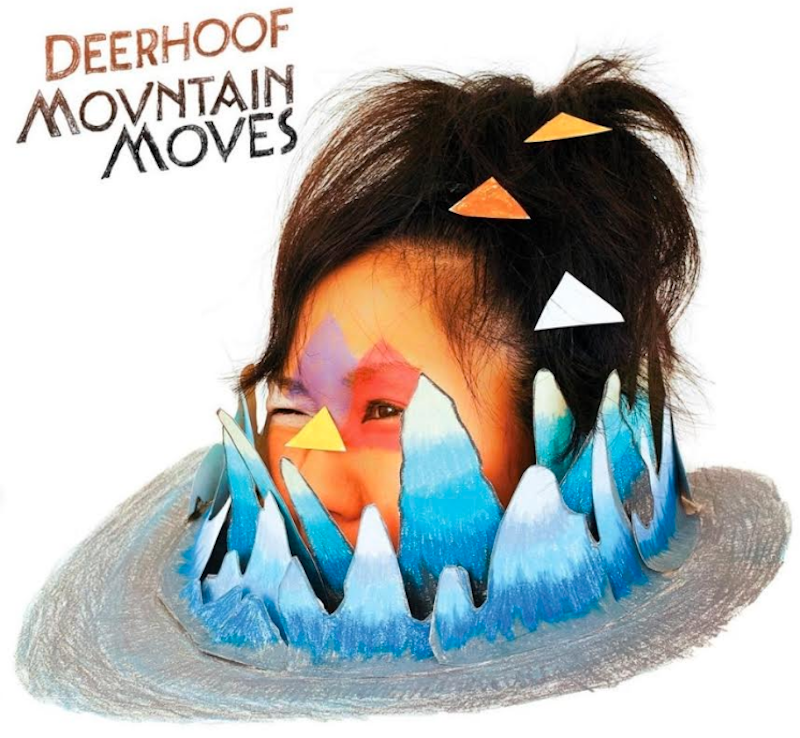 Deerhoof—along with Lightning Bolt and Animal Collective—was the band that had the most impact on me as a kid. I discovered all three of them right around when I turned 13, and they completely changed the way I thought about recording, what musicians could do, and what a band could be. It might sound silly now, but Panda Bear putting his floor tom through a delay and not using a kick drum was revelatory. Greg Saunier and Brian Chippendale were both virtuoso players, but they used minimalist and personalized kits in a way that made them much more exciting than Jimmy Chamberlin or Dave Grohl. For me, they obliterated the notion that a band = guitar, bass, drums, vocals. They were all so sonically unique and confounding, but they still wrote immediate and moving songs. It wasn’t just an interesting intellectual exercise. Listening to those bands for the first time and seeing them live in the mid-aughts felt like witnessing an evolution in rock music, the same kind of creative and innovative shifts that happened throughout the 20th century.

All those bands are still active and keep a steady work ethic, with multiple side-projects and collaborations. Only a year after The Magic, Deerhoof are back with Mountain Moves, just one record in a massive collection of music released by the band throughout 2017 through Joyful Noise. After the election last November, Saunier said, “We knew we either had to take a break, give it a rest or go twice as hard. Suddenly, just by pure chance and good fortune, Joyful Noise demands that we go twice as hard. So we’re like, OK! The deadlines were crazy.”

The Magic had no narrative conceit or instrumental restraints—I loved the return of the serrated guitars that defined Apple O’ and Milk Man, but even more than that, songs like “Criminals of the Dream” and “Acceptance Speech” were simple and timeless melodies pulled off with the unique grace of a mature band. Mountain Moves has more instant classics: “Con Sordino,” “I Will Spite Survive,” “Come Down Here and Say That,” “Mountain Moves”… side one is unimpeachable. Jenn Wasner and Lætitia Sadier’s guest vocals are such a joy to hear on a Deerhoof record. In that same Newsweek interview, Saunier said, “Jenn has this unbelievably powerful, professional-sounding, super-in-tune, incredible pitch definition. It’s always a thrill to hear someone other than yourself sing a song you wrote. But when it came to Jenn doing that... I became convinced, like, ‘Oh! Obviously we play Top 40!’”

That’s such an important part of what make Deerhoof and their contemporaries that came up in the early and mid-aughts: they practiced and believed in and were omnivorous fans of pop music and songcraft. Even at their most obscure, there’s a pop sensibility in structure, phrasing, and voicing—even if it’s just Saunier and Brian Chippendale playing drums together for 40 minutes. Beware any band that kicks off their press releases with political statements—but there aren’t individuals or specifics addressed on Mountain Moves. The album is full of humanist mantras: “Sleep at night if you can stay alive/Stay alive if you can sleep at night,” “Your voice may be con sordino, but we know it can sing,” “We dance merrily, for we are sad, “You will see the golden town/You will jump up and down.”

Scattered throughout the record are covers of The Staples Singers (“Freedom Highway”), Violeta Parra (“Gracias a La Vida”), and Bob Marley’s “Small Axe," a simple piano & vocal arrangement that closes the record: “If you are the big tree we are the small axe ready to cut you down!” “Protest music” that includes references to individuals dates fast and right now people are sick of it. It’s obviously not enough. You can’t sing about Exxon and expect it to relieve your dyspeptic dystopia symptoms for even one moment, but universal messages of love, beauty, power, and camaraderie will reach beyond the moment and remain relevant. Deerhoof have rejected easy nihilism and instead have embraced our punishing reality as a source of energy to draw from and create in an even more determined, desperate, and manic manner than before, because it could all be over at any moment.