Indian ragas and so much more. 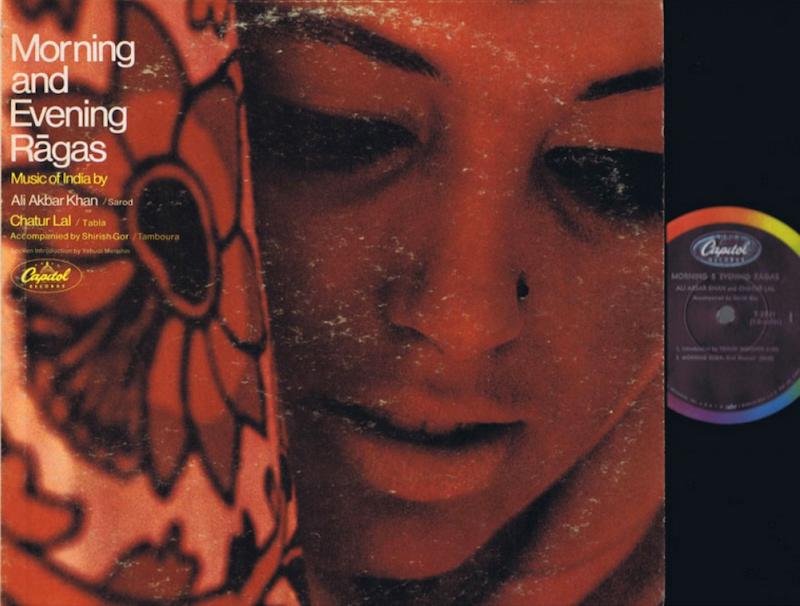 It sometimes seems like everything ever recorded—with the possible exception of Prince's back catalog—is available instantly on YouTube. From Thai country music to Swedish death metal; if someone put it on record sometime in the past, someone else has taken that record and uploaded it in violation of the laws of copyright and probability alike.

The person violating those laws is likely the anonymous person behind the YouTube channel Vinyl Reincarnation. I stumbled on the channel while looking for Ali Akbar Khan's 1956 album, Morning and Evening Ragas, one of the earliest recordings of Indian classical music available in the US. I listened to Khan's album… and then to another album… and another… and there are hundreds of them.

Morning and Evening Ragas is a specialist title, but it's not obscure; Khan's a well-known figure and the album is of historical importance. There are a number of other uploads along those lines—somewhat rare, but not completely impossible to track down. Woody Guthrie's Dust Bowl Ballads is probably the single most famous upload, but there are other recognizable selections, including multi-octave 1950s Peruvian exotica sensation Yma Sumac's Mambo!, Swedish pop oddball Virna Lindt's spy lounge single "Underwater Boy," and Irish piper Finbar Furey's fantastic 1968 collection Traditional Irish Pipe Music. There're a lot of classical releases as well, including a lovely collection of Scarlatti recordings by celebrated Romanian pianist Clara Haskil.

Sitting beside these cult classics, though, are a number of albums that range from semi-obscure to completely unknown. The most popular upload on the channel, with 36,000 views, is, mysteriously, an album of Ukrainian Bandura music. The player, Victor Mishalow, is somewhat famous as bandurists go; he's an Australian-Canadian whose earliest albums are from the 1980s. I assume that's when he recorded Ukrainian Instrumental Music, though there's no way to know for certain; it's not listed on his Wikipedia page, and I haven't come across any other information about it online. Vinyl Reincarnation doesn't include much in the way of background detail with its uploads, often not even a tracklist. Usually they at least provide a date. Not this time though.

And then there are LPs like Budda Pat Ke Kabutri Lai Gaya. This is an album of Punjabi music from 1985. The composer is (I think) K. S. Narula, and the singers are Gurcharan Pohl and Promila Pamil. Beyond that, you're on your own, and Google isn’t much help. I don't think it's film music—instead, it seems to be modified folk duet style, perhaps influenced by the development of pop Bhangra in England. I’ve no idea what the title means; Google translate suggested it might have something to do with chickens, which seems unlikely, but not out of the question. Whether poultry are or are not involved, though, the album is a joy; driving percussion, whistled interpolations, vocals that are chanted with such rhythmic urgency they almost turn into raps, and occasional crazed piercing keyboard noodling. (Another album on the channel, Duet Songs From Punjab, features music of a somewhat similar style, though with less keyboards and whistling.)

I could track down more information about K.S. Narula online if I spoke Hindi or Punjabi or both. Vinyl Reincarnation allows you to find out about music you may never have heard of. But it's also a teasing reminder that you can only digitize so much—and once you digitize it, you still may not be able to read the liner notes. The Internet, however sprawling, is still smaller than the world. That's frustrating, but kind of comforting too. We're in no danger of running out of vinyl to reincarnate, or music to wonder at.