Arguably the best of Stephen Malkmus & the Jicks. 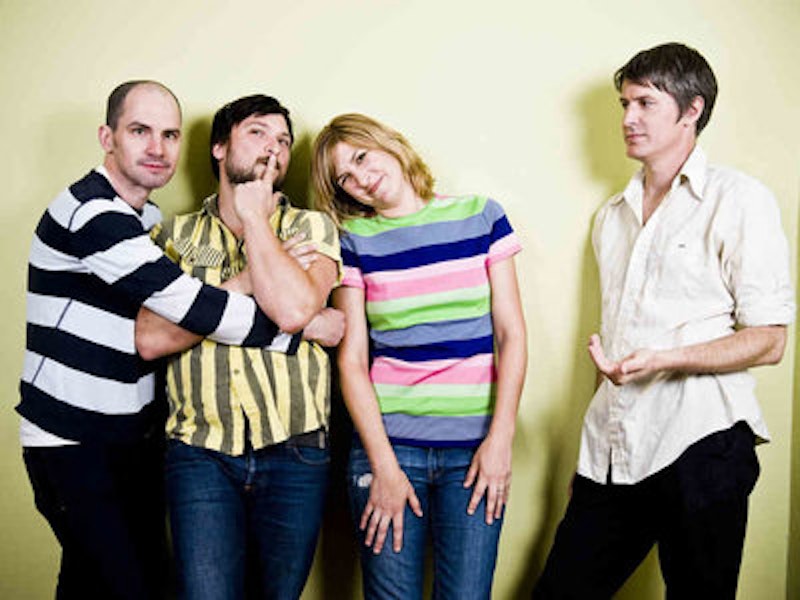 A couple things I realized while compiling this list.

Yep, I pushed the list out to 11 just so I could include “Kindling,” Stephen Malkmus’s weirdest detour yet - so deeply strange that it spawned a handful of official remixes that couldn’t improve upon the original. If you’ve never heard this song until now, you probably didn’t even realize that you needed “Cyborg Jicks” in your life. Or, perhaps, “Steampunk Jicks”- as much as I love “Kindling,” the act of describing it drains some of its macabre, genre-recombinant insanity.

Malkmus summons the finest Jimi Hendrix power-pop he can muster, and it’s undeniably enough to thrill before the rest of Trash explodes into the gratuitously jammed-out pop-prog that induced so many rock critics to add the album to their Pazz & Jop ballots in 2005 after they couldn’t have been bothered to do the same with Stephen Malkmus, Pig Lib, or Face the Truth.

Primo uber-avuncular Malkmus, living that Neil Young dream just a bit with no Darryl Hannah in tow, so many of these lovingly written chords hiccupping somewhat but never crudely. A big part of Mirror Traffic’s magic was in how the band- which included crack drummer Janet Weiss at that point- managed to imbue these songs with just enough jamminess that everything’s loose and fragrant as borrowed hemp overalls without the sense, as per Real Emotional Trash, that every song lasts a month.

Nonsensical prog-pop done right on from the Jicks’ windiest, proggiest offering: the ultimate marriage of surrealistic writing, bugged out tuning, and wonky temps. I would hardly say no to a Neil Michael Haggerty cover of this.

Last year I wrote about “Street” on this site, and that analysis still holds up.

Solo debut Stephen Malkmus is divided pretty evenly into three categories: expansive, gorgeous balladry, hands-planted-on-hips badassery, and whimsical indie-rock. “Phantasies,” which falls squarely into the third group, is a cream-puff light bum’s rush that sounds like it was recorded at a day-care center. In the wake of late Pavement’s weighty portent, it felt like a breath of fresh air; I’m happy to report that it remains great, Romper Room fun.

Jigsaw Rock Candy Malkmus in the proud tradition of Pavement’s dynamite “Stereo,” where what’s sung is 80% ornamental and is largely in service of astonishing, irresistible songwriting.

Wherein Malkmus turns up his nose at public demand for cryptic, post-ironic imagery and turns in a retrofitted story song about how much growing up just plain sucks sometimes. “Jenny” is the Jicks song most non-Jicks fans could pick out of a jukebox lineup, with good reason.

Over the years, Pavement’s sound followed a well-trod rock’n’roll trail: the chaotic and slapdash giving way to the winsome and austere. Yet at no point did I find Pavement tunes pointedly psychedelic in the way Jicks songs often are. Something about the Jicks’ concision- and, well, the fact that the band lives in the same city and practices- leads to a lysergic realm. Lyrically, Malkmus’s word-doodling in Pavement gave off an eggheaded goofiness, even when yoked to a blizzard of feedback; with the Jicks, his mien waivers, curiously, between the loopily avuncular and the manageably high. Tilting in the latter direction, “Old Jerry” is an impeccably constructed blues that folds oblique-cum-folksy wordplay- seriously, if a movie actor jumped around this much dialect-wise in one picture, he’d get clowned in every review- into the melodic equivalent of a bear trap: the Jicks Condensed Licks version of a Grateful Dead classic. No matter how old I get, I’ll never, ever get sick of this one.

If Brighten the Corners and Terror Twilight saw the beginning of Malkmus’s drift into out-and-out balladry, “Freeze the Saints” represents the ultimate payoff; here there’s much more generosity, and a melodic through line so winsome that “Saints” can work (and works better, to some extent) when performed acoustically, sans the rest of the band. Someday, I’m going to sing this to the love of my life.

Some months back, I spent the length of a (sadly unlinkable) Maura Magazine thinkpiece attempting to catalogue why I love “Ramp of Death” to pieces, more than any other solo Malkmus or, indeed, most other music generally. It’s a curled, wispy forelock of an anti-climax: mixed messages, no tempo, hooks so subtle that they’re easy to miss should your attention wanders even slightly. In a weird way, “Ramp” puts me in mind of one of those “lone man against the mob” movies; where the action hero somehow manages to singlehandedly take out an entire crime syndicate in an act of revenge or moral indignation. So almost everyone’s dead except for the mob boss and a few low-level henchmen, but the mob moss doesn’t have time to bother square off against the action hero; he’s busy rebuilding the empire, he’s too important in the grand scheme of things, so he dispatches the equivalent of Eric Stoltz’s Pulp Fiction character to tell the action hero to fuck off. But the street dealer is cripplingly stoned and not used to having to threaten action heroes, so the result is inept, unmoored, and hilarious, with the action hero kinda stunned into silence and confused as to how to respond, or whether a response is even worth offering. The two men wander away, strangers to one another and ultimately, to themselves.