Another One for the Birds

Mac DeMarco’s latest is a most enjoyable sip for silly sunsets. 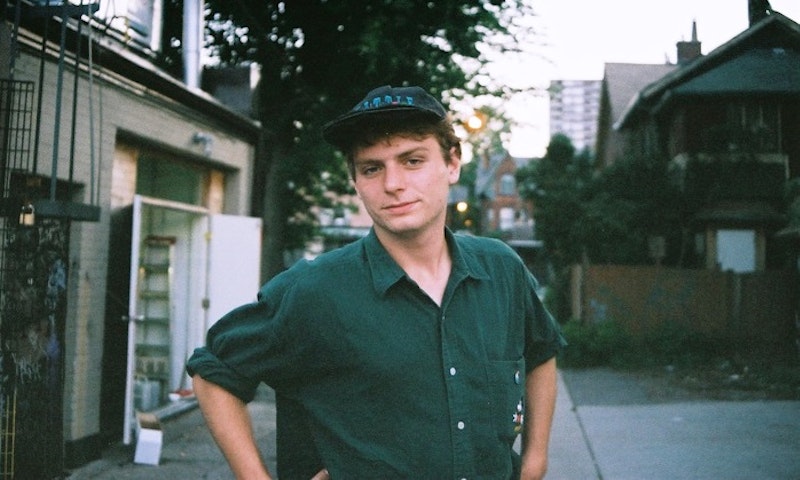 Last night at pecking session we had a scratch listening to Another One by Mac DeMarco. A triangle dance for three can’t compete with the soothing rhythm and languor of cuts like “Without Me” and “A Heart Like Hers,” so me and Monica Quibbits took two to tango. We were a bit tired anyway after pick pecking to the quick and fishy “I’ve Been Waiting for Her” and “Just to Put Me Down.” Bishop Boston’s Barn burned for all of Another One’s 24 minutes before our coop had walked home and shacked up. DeMarco sings, “Never believe in a heart like hers’ again,” but this is flap around the farm music, indulgent and silly and snappy, like Paul McCartney’s first two solo albums. That’s no prickly putdown—I enjoy DeMarco’s charismatic crumb bum persona as much as I sometimes want to claw McCartney’s smug cutesy-ness. DeMarco is a consummate studio artist—“The Way You’d Love Her” is a real standout, an instant classic full of inventive tape manipulation and modulation. His popularity among the hatchling is no surprise.

We have all of DeMarco’s albums on our iTunes, but this is the first one we’ve listened to repeatedly at home. 2 and Salad Days were unavoidable going out, and you didn’t need to make an effort to hear “Ode to Viceroy,” “My Kind of Woman,” “Salad Days,” or “Passing Out Pieces.” Bennington Quibbits, my irritating hipster cousin, insists that DeMarco peaked with his previous project Makeout Videotape, but I can’t get with the grime and grunge of those songs. Even “Baby’s Wearing Blue Jeans” creeps me out, though when Bishop Boston brought us all to Bonnaroo, I enjoyed his cheery take on the song live. Younger Quibbits have been devotees since 2012, and almost immediately began dressing like DeMarco, and drinking just as much moonshine as the man imbibes beer after beer. I get why they grind to his gruff—he’s not a chickenshit fey indie rocker that only digs microbrew. In fact, he hates that shit, admitting that complementary craft beers on the deli tray get in the way of his “binge alcoholism.” I can’t stomach hops either, Mac.

Me and Monica have seen a lot of lame indie rock and faux-country groups cop our culture and our style this decade, and it’s refreshing to hear someone new and popular with the chickadees that’s actually dirty and peckish. Combined with his lush, laid-back, and labored over studio work, DeMarco exudes personality, not persona. Talented and containing multitudes, DeMarco demonstrates with Another One that he’s no passing flap.