Mid-Year Music That Maybe Isn't on Your Best Of List 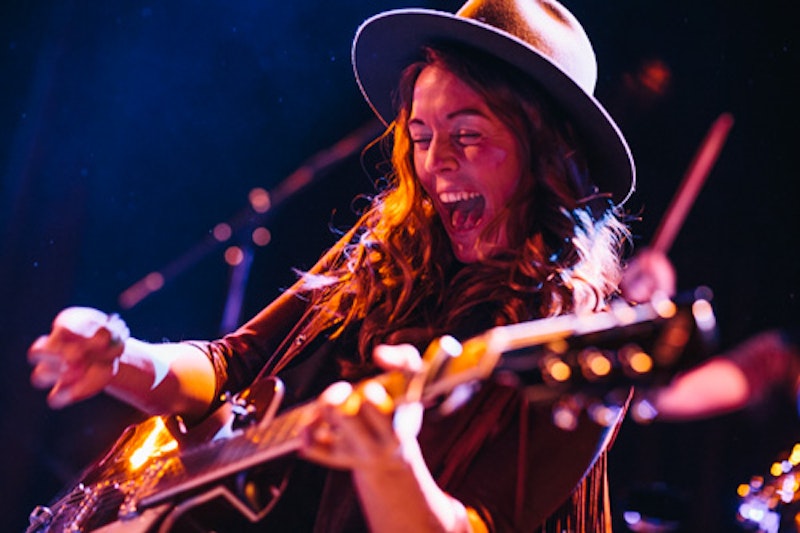 All of that's natural enough, and most people expect it going in. Bollywood soundtracks, Thai country music, Russian punk or classical releases—people know it’s out there, vaguely, but don't have a command of it, and don't expect pundits making best of lists to have a command of it. You can't hear everything.

So, when Booker Smith declared on Splice a couple weeks back that, "There were only a few records, full records, I could get behind last year," I suspect he hadn’t listened to every single record released worldwide in 2014. He's saying that he didn't like the Important Records that critics paid attention to—FKA Twigs, Run the Jewels, etc. And similarly, when he lists records from this year that he thinks are great, he's not putting together a list of everything. Instead, he's validating some critically acclaimed indie and hip-hop releases, like Courtney Barnett, Drake and Sufjan Stevens. At mid-year, Smith happens to be in accord with much of the expected critical consensus.

And that's fair enough. But if you're not wowed by this year in indie—if you listen to Courtney Barnett and feel like you've heard enough post-VU indie attitude to last a lifetime—that doesn't mean that there's no music out there worth listening to. And to prove it, here are some of my favorite albums so far this year, in no particular order.

Black metal meets free jazz meets a buzzsaw. Mastery's tracks are assembled from screeching, tortured riffs, each of which raises its ugly, mottled, toothy maw for only an instant before being rent asunder by another, and then another. John Zorn dreams of making avant-garde noise this brutally, unabashedly feral.

Richard is best known for her stint with pre-processed girl group Danity Kane. But her solo work is idiosyncratic electro-R&B-indie-pop, with layers of broken beats pattering and thumping down amidst shiny sugar-coated pop hooks. Blackheart exhilaratingly busts R&B radio up and stitches it together into a soulful simulacra of itself. A joyful record.

Japanese trio Melt Banana was one of the most distinctive and crazed bands of the 2000s. Often recalling a more aggressive incarnation of punk weirdo geniuses The Minutemen, Melt Banana's songs are mostly short bursts of abrasive fucked-up hyper-grindcore jazz, with singer Yasuko Onoki squeaking like a helium-fueled collection of small, more-or-less disturbed rodents. This collection covers singles from 2000-2009, and it’s as brilliant, and hysterical, as any fan could have hoped for.

This is Melbourne-based DJ Faith's first full-length, and it couldn't be more perfect. One blissed-out, easy-listening groove slides into another, each more funkily mellow than the last. A record for letting your eyes cross as you stare off into the middle-distance, the beats and melodies are also inventive and varied enough that it bears repeated listening even sans medication.

I wrote about this album for Splice Today last month. It's still one of my favorites of the year. Nozinja is a founder of the shangaan electro style, which combines traditional South African dance with updated disco and house. Nozinja Lodge is fleet, stuttering, and infectious; confidently spastic soul.

Mixing old timey country into your indie, or vice versa, isn't a new trick, but Brandi Carlile does it sublimely. "The Eye" sums up everything I love about this record; Carlile's burred vocals rising up into those high lonesome harmonies, with a Paul Simon-like high-gloss folk-pop riff anchoring the whole. Slick with a hint of rough sends me.

There have been lots more great albums this year; Death Grips’ two-volume noise hop assault, The Powers That Be; Dave Douglas' electro-jazz mash-up High Risk; and I'm waiting eagerly for Insect Ark's scritchy drone full length Portal/Well. And who knows what great music is out there this year that I haven't heard?  The world's too big for best-of lists—but it's fun to make them anyway, if only to share what you love, and demonstrate how little you know.