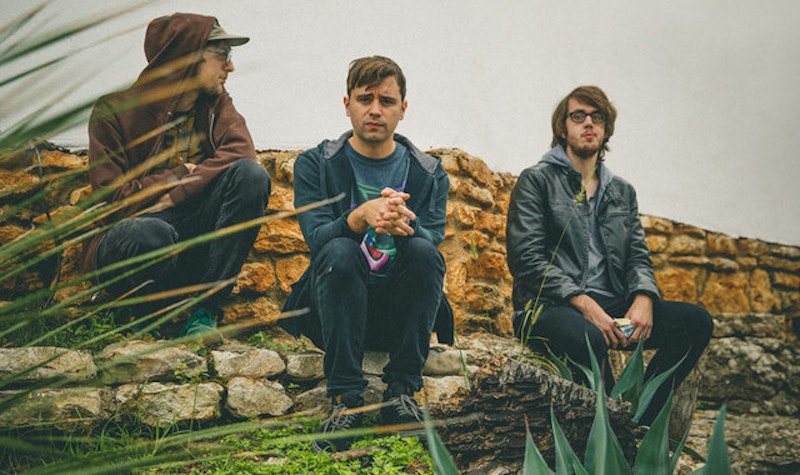 I’m a sucker for guitars. One of the first albums I remember liking was my dad’s copy of Zeppelin 2, which I consistently requested on car rides from ages 6-10. There may have been a correlation between my penchant for yellow cards on the soccer fields and listening to the testosterone injected riffs of “Whole Lotta Love” and “Ramble On” on the way to little league games. The energy in those tracks is inimitable, and it’s hard not to smile every time Jimmy Page tears into his Les Paul. The bar for guitar music today is much lower than it was when Page and Plant were working, but the same principle applies, creative guitar work can make an album.

The recent Wavves and Cloud Nothings collaboration, No Life for Me, is no exception. Nathan Williams, the frontman of Wavves, and Dylan Baldi, the brains behind Cloud Nothings, have established themselves as premier guitar innovators and their creativity on six strings shows throughout. The opening “Untitled 1” is a weave of pounding yet fragile riffs and the solo towards the end of “How it’s Gonna Go” thrashes around like a fistfight in the dark. Williams and Baldi show an understanding of a rarely appreciated concept in guitar music: restraint. Each note is deliberate, every line serving a purpose and never diving into ego-driven solo sludge. Especially on “Nervous” and “Nothing Hurts,” the guitar parts run through each other without upsetting the balance of the track.

Williams and Baldi give the album its melody and shine, but it’s the drumming of Wavves’ Brian Hill that lends the power. Hill only appears on six of the album’s nine tracks, but on each one he attacks his kit with a ferocity that’s as sincere as it is raw. On the track “Hard to Find,” Hill turns a simple punk song into a syncopated freak out.

However, the lyrics occasionally fall into the sulky generic lines that modern rock/punk/lo-fi is often characterized by. Choruses like, “Nothing ever comes down," "I feel it open up around me,” or “My energy is my long to be here” ramble like a teenager in a high school poetry class. The vocals just don’t grip you the way the guitar and drums do, and the lyrics are too distant and passionless for how raw the tracks sound. They pull a crashing groove right out of the ground only to weigh it down with emotions picked out of the indie rock dumpster.

But over-thinking the lyrical content is a mistake. Aside from the electronic drone of “Untitled II,” No Life for Me really has some power behind it. Good guitar-heavy music isn’t common nowadays, and I’ll take it where I can get it.