Watch Me Do the Humpty Hump 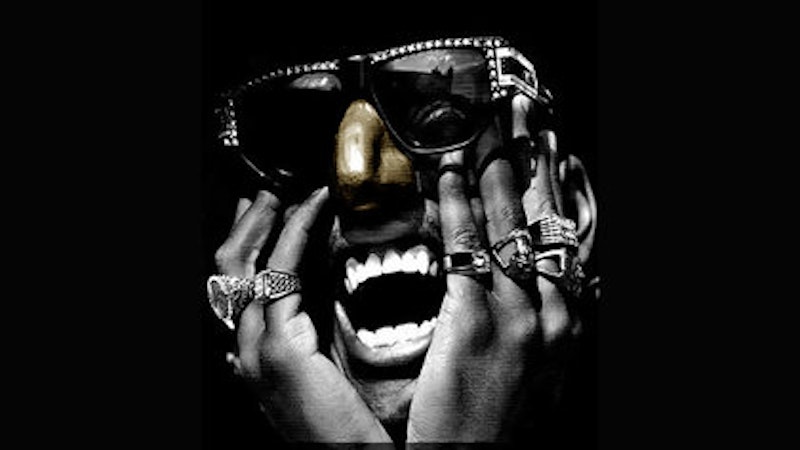 Dancing on the dugout is the best part of being the mascot in a minor league baseball league (sling shotting t-shirts into the crowd is a distant second), so the tunes are important. It's an absolute must that the house DJ play a danceable mix of crowd-friendly songs everyone will enjoy.

Back in the mid-1990s while I worked the diamond dugout as "Keyote" (mascot of the Frederick Keys, where baseball players wait to become Baltimore Orioles), there was a genre of music called "Jock Jams." The music is a compilation of 80s and 90s dance, hip-hop and the occasional cheerleader or sportscaster quotes "megamixed" into a six-volume CD set. ("Are you ready to rumbbbbllllle?") Maybe calling it a genre is a stretch, but it's what they play during athletic events on commercial breaks and it's got a station on Pandora. Sports music is important—kids know the particular song requested by baseball players during their at-bat, even in the minor leagues.

Jock Jams feature songs like "C'Mon and Ride It (The Train)" by Quad City DJ's, "Jump" by Kris Kross, "Whoomp! (There It Is)" by Tag Team, "It Takes Two" by Rob Base, "Gonna Make You Sweat" (C&C Music Factory), “Pump Up the Jam” by Technotronic... the list goes on.

These are all very fun songs to dance to when you're a mascot (or really anytime—heck, if someone set up Jock Jam Dance Night at the local fire hall even today, I’d be there in a flash). However, the baseball manager had mentioned I needed to "not dance so much like a girl" since the mascot was very male. I shrugged my shoulders in begrudging compliance and tried to turn the circular hip motions down a notch. But my favorite tune to rock out to on a dugout was definitely "The Humpty Dance" by Digital Underground.

Although it has a great beat for dancing, the tune is notable for its humor. The rapper alter ego of Shock G, wearing a huge fake nose, first introduces himself ("My name is Humpty, pronounced with a Umpty.”) The song, according to its Wikipedia page: "is a tribute to Humpty's sexual prowess despite his ridiculous appearance." It's rap making fun of rappers, it's a song that doesn't take itself too seriously (to rhyme Cupid: "I'll use a word that don't mean nothin', like looptid"). I mean, this is guy who "once got busy in a Burger King bathroom." He's hilarious.

Not sure if the minor league baseball stadium ever played the part of the song that declares "in a 69 my humpty nose will tickle ya rear" but since the lyrics are accompanied with their own dance ("First I limp to the side like my leg was broken/ Shakin' and twitchin' kinda like I was smokin'") it's the perfect dugout jam. (It's such a hot song even today, more than 25 years since its release, that Gonzo from the Muppets got coverage by Time magazine).

I didn't even care if I looked like a girl while doing the Humpty Dance. The Humpty Dance doesn’t judge. There’s no time for gender profiling when you’re trying “to look like a fit or a convulsion,” especially while you’re wearing a 50-pound suit made of fur, with no peripheral vision, trying not to fall off a dugout. So what if the Keyote coyote mascot was dressed like a dude and danced like a girl for a few baseball seasons, anyway?