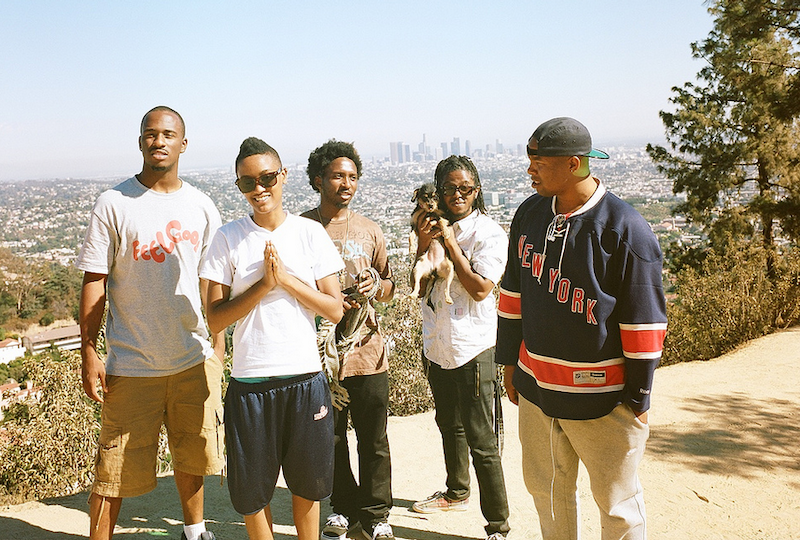 Warren G offers a guided tour of his abode, but this ain’t an episode of Cribs. So he ganks an interpolation of Madness’ “Our House” and drags the corpse of Nate Dogg along, Weekend at Bernie’s style. It’s barebones attitude and self-repping you can believe in if it suits you, and, sure, it’s more welcome than a new Snoop Dogg or Dr. Dre jawn. But does anyone really need “My House” in their lives decades in the wake of “Regulate”? Meaningless, ephemeral, will sound amazing emanating from Jeeps and enlivening cookouts.

The Internet of Purple Naked Ladies and Feel Good—breezy, stoned, Soulquarian, passive—is unequivocally not The Internet of Ego Death. The Internet of Ego Death is sparer, with an agro soul swagger one might associate with hip-hop or mainstream R&B, as Syd tha Kid tries on a sort of lesbian playa persona. “Special Affair” is ultimately a seduction ballad, threaded with a dark, slinky bassline brightened by drowsy guitars and snare patter when the choruses roll back around, with nature samples lapping at the margins throughout. Syd’s smoky (and at times processed) purr is confident and inviting enough that everything else sounds like expensive window dressing. “Fuck what’s in your phone,” she sniffs at one juncture, a sentiment most of us can agree on, much of the time.

The world is full of things that don’t really need to exist: the Snuggie, heart-attack fast-food novelty sandwiches, Donald Trump. After a humdinger of a video treatment—which I’ll leave cede of to the feminist commentariat—there was no need for Rihanna’s “Bitch Better Have My Money” to undergo a Korn remix. Yet here we are nonetheless, with Deputy’s spooked trap production swapped out for Ray Luzier’s stadium skins and raging, dunderheaded guitar-grind of Head, Munky, and Fieldy. The pleasant surprise is that the result works, that old nu-metal might actually make a better fit for Riri’s shrill patois than the original backdrop. If nothing else, this remix offers anyone with a keyboard or a pen license to mention Korn and Frida Kahlo in the same sentence.