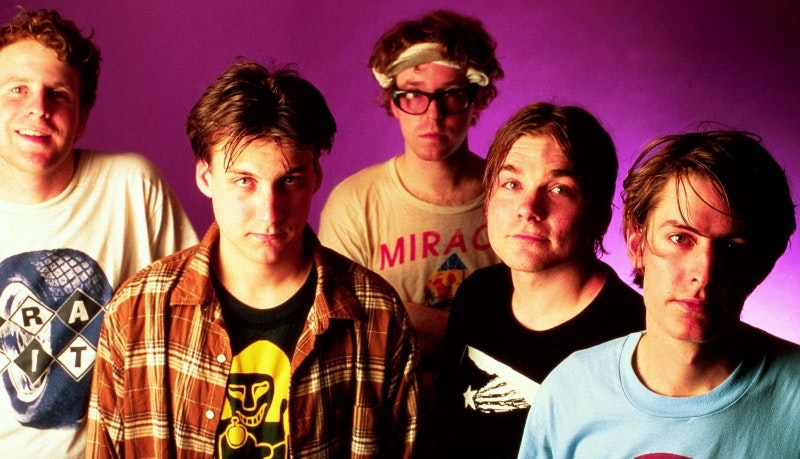 Raymond Cummings’ Pavement list reminded me of why I love this band. My brother introduced them to me—he’s not a fan, but figured their greatest hits collection, Quarantine the Past, was worth a Christmas Eve flyer—in my sophomore year of high school, though it took until that summer for the music to make an impression. For months, QTP sat in the middle of an anonymous stack of CDs on my desk, a pile that may as well have been labeled music that I really should listen to eventually. I don’t remember what finally motivated me to listen to them—I probably saw “Cut Your Hair” on some 1990s list—but the attraction was immediate.

Pavement is easy to obsess over. It’s that rare band that broke up before the music suffered. Five albums, a handful of EPs, a one-off on No Alternative—while Pavement’s oeuvre isn’t exactly austere, it certainly isn’t as deep as that of other cult inspiring bands. You never have to recommend Pavement with an asterisk, no era suggestions, none of those everything before 19__ modifiers. Everything’s good.

That’s where my love for Stephen Malkmus et al. stops, though. I’ve never listened to a Jicks record, never Googled Spiral Stairs, never even checked up on Bob Nastanovich for the same reason I haven’t listened to any of Morrissey’s solo stuff, or spent much time with the individual Beatles; I have a vague superstition that solo material will somehow diminish the classics. Stupid, sure, but I don’t want a Malkmus record without the obligatory Spiral Stairs song (Terror Twilight, is, of course, my least favorite Pavement album), the howls of Nastanovich, the sloppiness of early tracks that seemed to say I can’t believe we’re really in a rock band.

Malkmus would probably hate a list like this. His lyrics inspire analysis but beg for the opposite (from “Embassy Row”: I'm sick of being misread/by men in dashikis and their leftist weeklies”). Some of songs are words-as-sounds exercises, some are mostly sincere, scuzzed up with nonsense to make them more obscure. So, like Ray did last week, here are the Pavement songs nearest to my heart:

“Gold Soundz": Pitchfork’s No. 1 song of the 90s, the lead track on QTP, an iconic Santa filled video—many people, me included, would argue that “Gold Soundz” represents Pavement at their peak: nostalgic in its specificity; playful, partially obscured lyrics; expansive despite its sub-3:00 runtime.

“Easily Fooled”: Originally on the Rattled by la Rush EP, “Easily Fooled” would appear tossed off if an earlier version—“The Sutcliffe Catering Song”—hadn’t appeared on Crooked Rain, Crooked Rain: LA's Desert Origins. The fact that the “Sutcliffe” is tighter than “Easily Fooled” shows that what some call sloppiness is an aesthetic choice for others.

“AT&T”: Recorded during the Crooked Rain era, “AT&T” disappoints me every time I listen to it. It’s the perfect pop song, maybe better than “Gold Soundz,” until it goes ballistic around the two-and-a-half minute mark. I’ve heard people call it self-indulgent and incomplete, but I wouldn’t go that far. Think it’s just Malkmus being Malkmus.

“Transport is Arranged”: Biblical allusions, a nod to Baltimore, and the band defining lyric: “A voice coach taught me to sing, he couldn't teach me to love,” which can function as a thesis for Pavement as whole. They weren’t the most technically competent players in music—heck, they probably weren’t even the best players at most of their gigs—but they had feeling.

“Starlings of the Slipstream”: I sometimes re-imagine Pavement’s history and make Terror Twilight Malkmus’ first solo record. This particular fantasy only exists so I can consider, however briefly, “Starlings of the Slipstream” and “Fin” the final two Pavement songs. Their melancholy tones beg for this sort of revisionism. Choosing between the two is hard, but I’ll take the former, what with its alternating choruses and left-field Revenge of the Nerds allusions.