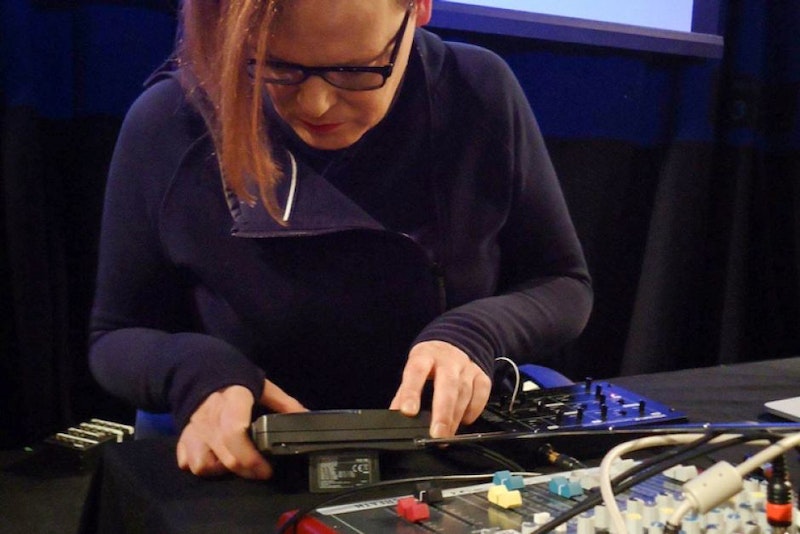 It’s very possible that I’ve listened to i learned that the death of each victim carries importance, i want to convey that in its entirety more than any other Elizabeth Veldon full-length in recent memory. You should, too. The phrase that springs immediately to mind is “palate cleanser,” but maybe that doesn’t go quite far enough; what we have here over three tracks and 30 minutes is the complete and utter nullification of consciousness, an aggro drone doggedly scouring your psyche like a barber or dental hygienist with something desperate to prove.

In the case of "it is not strange to see a ghost. if i encounter a ghost again, i will accept it as my passenger," this is not a mixed metaphor. A tremulous erosion reigns, as synthesizers worry away at a silence encroaching from the edge of the frame. There is the sense, also, of anxiety, as if the song is unsure how large or small the space containing it is; some effects suggest that sonar is at play, however ultimately ineffectual it may be.

But the above is an examination of form, while function is paramount here. The aim is wholesale erasure, and to submit is to forget whatever’s been bedeviling you, to cast aside whatever jaundiced skepticism and ennui inspires spinal tension. Fancy that: “it is not strange” struggles to assert its right to exist while granting you permission to pretend, for 10 blissful moments, that you totally don’t.