The Truth is a Lonely Place

Chicago’s Bandy and their debut LP The Challengers. 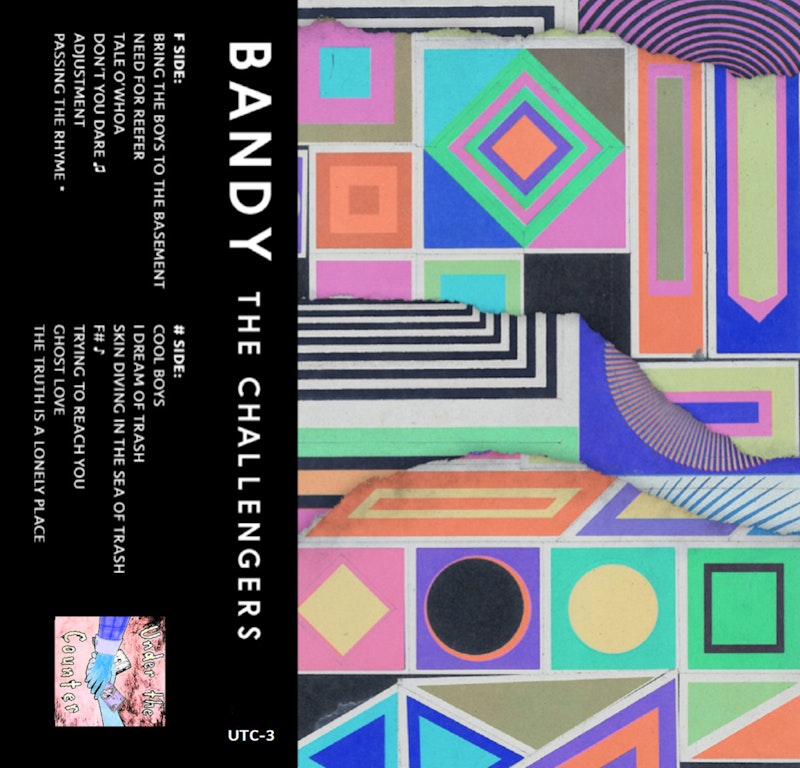 The Challengers by Bandy was released in March on the ambitious Under the Counter Tapes. Lifted from the shoulders of Mission of Burma, the post-punk influence is obvious. At times the vocals are a dead ringer for Clint Conley's in “That's How I Escape My Certain Fate” from the classic 1982 album Vs. However, the chord progressions, rhythms, and guitar leads that Bandy utilizes differ from the fast-paced post-punk innovators from Boston. The fun-loving music in The Challengers is closer to power-pop landmarks such as the Ramones or Teenage Fanclub.

The lyricism is playful. Perhaps in the way early Beach Boys appealed to surf culture, Bandy could appeal to slackers and stoners. The second song on the album, lasting just over a minute, is titled “Need For Reefer.” The rockabilly-inspired track is as straightforward. The singer shouts maniacally that he has a need for reefer. Don’t we all? As the song progresses, his voice gradually flies off the hinge. By the end of the song he’s willing to kill for a joint.

This album brings me back to the days of skipping school, speeding through swerving roads, unafraid of danger. Smoking pot in the backseats of unfamiliar cars, not knowing my next destination and not caring. When life was nothing more than a playground. I stomped aimlessly through the horizons of individuality, searching for an identity. The id of my existence was prevalent. Consequences existed in the future and the future was irrelevant.

These sentiments reflect my personal arc, which is ultimately defined by the music I relate to. Nowadays I'm more likely to fill my ears with the squelching sax licks of Coltrane and Ayler, or the refined compositions of Chopin and Bach. I'm so obsessed by the sophistication in music that I hardly make time for good old-fashioned catchy rock tunes. Every track on The Challengers could easily be played on a jukebox during a bar fight. This is the kind of music as a teenager I loved and sought after. And it still resonates in me a similar effect. Only the effect is washed over by a sense of sadness and nostalgia.

The last song on the record is my favorite. “The Truth is a Lonely Place” is a solemn reminder of how dark reality can be. The idea that the truth will set us free is a tired subject. The truth can be a brutal force of destruction. It can rip your life apart and spit you back into a claustrophobic cage of isolation, where no light or love are offered. Often, the truth doesn’t lead to a great outcome. The truth is a lie. A waste of time and effort. I recommend listening to The Challengers behind the wheel. You're going 30 mph too fast on a winding road with a bottle of whiskey. A joint dangles from your crusted lips. Rays of sunshine blind your squinting eyes. You rely on the music to take you where you need to be.

—Stream or purchase The Challengers by Bandy here.