Lost at Sea with Aurélie Ferrière

An investigation and interview with the artist working in three-dimensional sound-and-seascape. 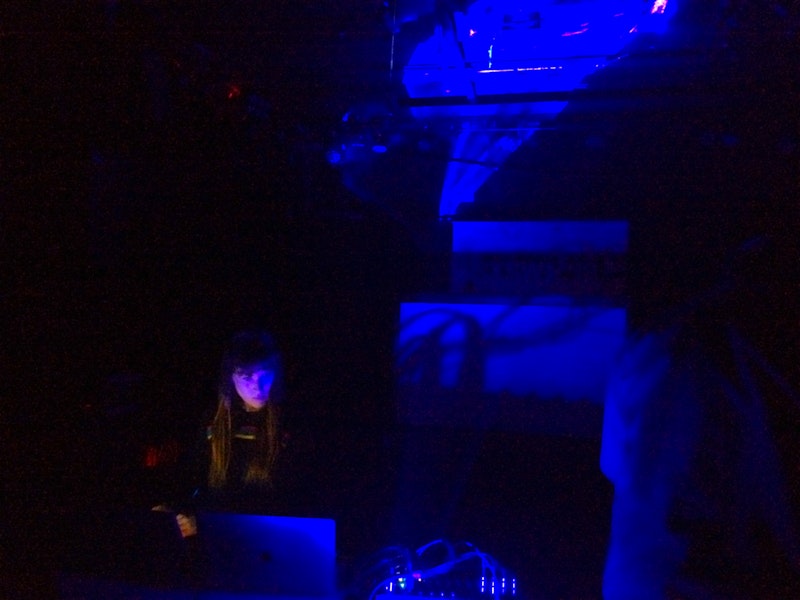 Antonio Pigafetta’s vivid account of the first circumnavigation of the globe has outlasted its ex-captain Ferdinand Magellan, who was killed during battle with Lapu-Lapu in 1521. Today, 500 years after the explorer’s departure from Seville, the Fleur de Passion traces Magellan’s route with more ecology, less economics; more maps, less materialism; more sound, less spice.

On the night of April 12, 2015, the former German navy vessel turned scientific and socio-educational sailboat—steered by the Ocean Mapping Expedition, an organization of the non-profit Pacifique Foundation based in landlocked Geneva—set out to gauge the environmental impact of human activity on our oceans. Per tradition of explorers, as well as a way to engage with a wider audience, they invited illustrators, artists and archivists to travel with the Swiss-flag-flying ketch to see what they see in the way that they see it.

In a modern upgrade of observation, Aurélie Ferrière, during the autumn of 2017, spent six weeks aboard as the select musician, capturing a range of field recordings from the jungles of Ghaomai and the sunset of Pulau Uriv, to the whistle and creak of the 33-meter-long ship’s mast and sails, dipping hydrophones underwater and crafting binaural recordings to paint sonic portraiture more dimensional than any scrawl scribed by 16th-century pen to paper. With an ear tuned less Antonio Pigafetta and more Nicholas Bouvier (Ferrière references Bouvier’s L’usage du monde in an interview), she floated from the Shortland Islands to Jayapura to Sorong while collecting and gathering, listening and reflecting.

In her log, day 28, she writes, “The Bismarck Sea’s very calm and deep blue, when no shark seems to be around, we swim over 2500m of darkness and unknown. Some parts are ‘undocumented,’ grey on the map: as no cargo ever uses these routes no one needs to know what’s underneath. Sometimes birds take a break on our boat to rest… or die.”

Later that November, back on terra firma at Stockholm’s Elektronmusikstudion (EMS), where French-born Ferrière is a composer-in-residence, she countered jetlag by diving into the sense-making task of shaping her newly recorded library of marine sounds into MUSICOMEXP, an acronym for A Musician Aboard the Ocean Mapping Expedition, the roots of an immersive multimedia performance now on a journey of its own.

“I look for enclosed, underground places or weird spaces, possibly with a connection to environment or aquatic life, and I remix and reshape the piece to it,” she says. Those spaces vary in geography and shape, from an antiquated silo turned circular theater in Malta to acousmatic-friendly cubes in Hamburg and Dublin to a small downtown café in the capitol of Texas during the clamor of the 33rd annual South by Southwest Festival (SXSW) on March 15, 2019.

While the 10-day kitchen-sink festival with thousands of scattered musical performances raged outside, Ferrière slowed things down to make room for getting lost at sea. In a rickety-seat improv comedy theater painted black in the far back of a Café Nervosa-style coffee shop on Congress Ave., she projected a brief video primer regarding the psychological and oceanological origins and intentions of the project onto a squarish screen, before diving into a nearly 40-minute performance that expanded the meaning of adventure into something much more uncharted, multi-directional and elusive than any linear narrative found in any adventure mag.

As she shuffled the deck of wind, whales and singing pike poles with a Theremin-like ribbon controller, an amorphous unidentified organism fluidly oozed along the high beams, creating the surrealistic impression of being underwater. The organism was actually the result of a lumia projector—built by Daniel Araya, a colleague of Ferrière’s at EMS—that generates unpredictable results by shooting a laser beam through a slowly rotating disc of opaque ornamental glass. “It is an early form of a light and laser effect. I drew my inspiration from American planetarium light shows that used to have this. It looks a bit like slowly evolving supernovas or sci-fi representations of galaxies,” Araya explains.

The sounds of the sea mingled with live instrumentation, though which was which often remained a mystery. Ferrière sent the sea changes directly from her setup into matching sets of speakers placed strategically in different points in the room. Flying across the Atlantic with the necessary sound equipment proved impossible, so the musician did her technical and mental prep in the days leading up to the performance.

“I went to the theater at the beginning of the week, walked in when no one was looking and stayed there to try and understand the space,” she says. “Then I went and set up the whole thing in my hotel room and rehearsed.”

Ferrière first presented MUSICOMEXP eight stories of granite and porphyry below Stockholm in R1, a nuclear reactor, the nation’s first, tunneled by dynamite and fully operational until 1976. She navigated her three-dimensional sound-and-seascape while playing the restored Skandia Wurlitzer, which had been stashed carelessly in city hall’s attic for decades. On other occasions, Ferrière has blended piano and violin into the mix.

“I was hoping to create music without the human being as base and center, to have nature as the main voice,” she says.

“The adventure itself taking over the message and becoming the subject of the piece.”

Eventually, Ferrière’s path and that of the Ocean Mapping Expedition will meet at Seville. Between then, while the Fleur de Passion completes its four-year voyage, she plans to continue to stage her own expanded view of adventure in the French Pyrenees, at the Baltic Sea Festival, and elsewhere.

After so much time on land and sea, Ferrière looks up for her next direction. “I have ideas of pieces using nature as a base again,” she says. “I've also heard of a possibility to collaborate with an expedition, not underwater this time, but... in the sky!”