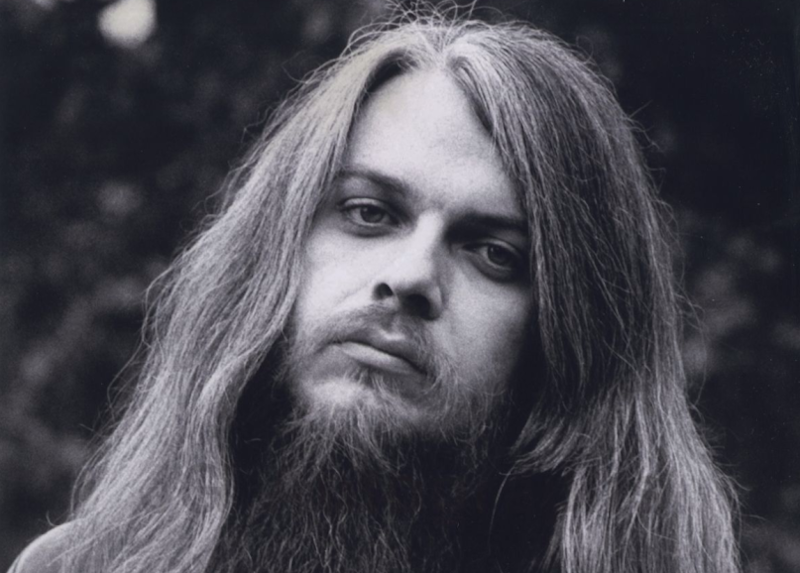 I've been a fan of the Rolling Stones since I started getting serious about listening to music in eighth grade. This includes the stories behind their songs, not just the music itself, as I've read about the band extensively. I've listened to "Shine a Light," (recorded in 1970, credited to Jagger-Richards) from Exile on Main Street countless times, but recently I was surprised to learn that the late Leon Russell (he died in 2016), co-wrote the song with Mick Jagger. It seemed that he was everywhere in the 1970s.

A good portion of the Oklahoma-born singer/songwriter/instrumentalist's career was spent as a shadow presence in popular music—a behind-the-scenes guy. But he's not the equivalent of, say, Jimmy Webb, who's written hit songs for an array of artists while not achieving a major reputation as a performer himself. Russell's performing chops were formidable, but he doesn't have the name recognition today of many lesser talents. He's one of the most underrated musicians in the history of rock. I quantify this estimation by comparing name recognition to talent level. If this were the common metric used to make reputations, Russell would be about 10 times as famous as Billy Joel or the Eagles, who struggle to reach even pedestrian levels of creative output.

Well-known Russell songs that are commonly associated with other artists include "Delta Lady" (Joe Cocker), "Superstar," (The Carpenters), "Song For You,"(Amy Winehouse), and "This Masquerade," (George Benson). Plenty of people know all those songs but have no idea 'Russell wrote them, but in my mind he owns them all.

Young Leon was a prodigy. Jerry Lee Lewis hired him at age 14 as his opening act. At 17, Russell moved to Los Angeles and got involved with “The Wrecking Crew,” the premier session band in town. Before he could buy a legal beer, he was playing with some of the best musicians in the world. James Burton, Elvis Presley's guitarist, taught him how to play guitar. Russell played with a stunning array of musicians from Bing Crosby to the Beach Boys; from the Ronettes (producer Phil Spector used him constantly) to the Byrds (“Mr. Tambourine Man”). Sinatra too. Russell was the first-call session pianist in the business, and once again few knew about it.

The breakthrough was in 1969, when he worked with Delaney and Bonnie. Next, Joe Cocker asked him to form a band and write arrangements for his Mad Dogs and Englishmen tour, on which he played guitar and piano. That made Russell a sensation. While touring, he recorded his first solo album, Leon Russell, for Shelter Records, the company he founded with Denny Cordell in 1969. While the album yielded no singles, it produced "Delta Lady" and "A Song For You," his most covered song. The follow-up album, Leon Russell and the Shelter People, included two gems, "Crystal Closet Queen" and "Alcatraz,” as well as gospel-rock renditions of two Bob Dylan songs, "A Hard Rain’s A-Gonna Fall" and "It Takes a Lot to Laugh, It Takes a Train to Cry." Those are two of the best Dylan covers you'll hear. There was a three-LP live set and then a studio recording, Carney.

Carney, which unveiled a quieter, more introspective musician, was my introduction to Leon Russell. When I first heard the song "Tight Rope," which became a radio hit, I was stunned and baffled. I asked myself what kind of music it was, but there was too much in the mix to pinpoint it. It was like some alien had come down and absorbed all the soul, country R&B, and gospel music from the past 50 years and synthesized it into a new sound. This meant that when one of his songs was covered, it could be interpreted via more than one genre. “A Song for You," for example, was done as both a country ditty and an R&B jam. That's exceptional.

But something happened after Carney. That should’ve been the inflection point that set Russell on a path to even greater heights, but instead he began releasing country albums under the pseudonym Hank Wilson, which wasn't the best career move. The shift allowed him to play with legends like Merle Haggard and Willie Nelson, but he went sideways rather than upwards into the musical stratosphere. The word was that he had stage fright, a feeling he telegraphed in Tight Rope: “I’m up in the spotlight/Ooh, does it feel right/Oh, the altitude/Seems to get to me.”

Leon Russell achieving rock star status and letting it slip away speaks to who he was. I compare him in a way to Keith Richards, who in addition to being the  guitarist has long been the Rolling Stones' bandleader. Richards went into the business for the love of music, not to be a rock star. He just woke up one day and found he was one. So did Leon Russell, but it didn't suit him. Just as Richards never wanted to dominate with showy solos, Russell would do (or not do) whatever it took to make the music great. It often didn't bring him much attention, which was fine with him.

In 2010, Elton John helped rescue Russell from decades of obscurity by teaming up to make a critically acclaimed duet album called The Union. At his Rock and Roll Hall of Fame induction in 2011, he thanked John for rescuing him from “a ditch by the side of the highway of life.”