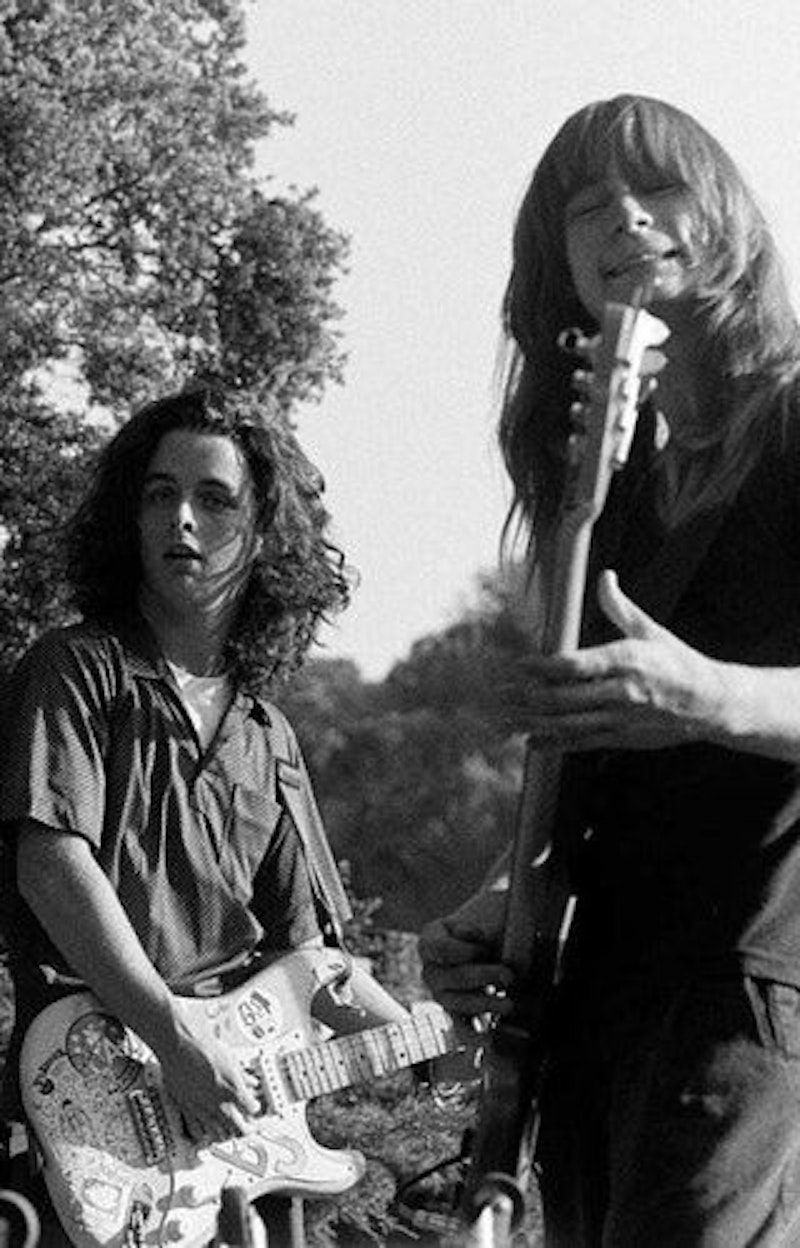 The pop-punk artists of the 1980s worked on the fringes of a fringe movement. They believed that love songs could be as metaphysically incendiary as the blast of metallic power chords and that punk could keep its integrity without any dogmatic sloganeering or prefab revolutionary “fervor,” which would eventually transform the movement into a mass-market fad.

Their first recordings came out on a rare 1988 demo cut after hours at the all-ages club 924 Gilman Street in Berkeley, back when they went by the name Sweet Children. The best track to emerge from this was the hook-filled "Stay," a jangly mid-tempo cut filled with earnest proclamations of love and lust set to a chiming melody that’s as wistful as it is dissonant. The song’s production teems with hiss, overload, and warbly tape damage. Despite the inimitable presence of singer Billie Joe Armstrong, “Stay” feels lost in time. It could’ve just as easily come from lo-fi eccentrics like Guided By Voices, or a corduroy clad 70s power pop combo, or even obscure folk-rockers like The Dovers or The Schibbinz.

The fidelity went up a notch on Green Day’s first widely distributed record, the 1989 Lookout label 7” 1,000 Hours. Its music continued to build on the eclectic romanticism of “Stay” as did their first LP 39 Smooth (also a Lookout release) which was recorded mainly at the tail end of ’89 but not pressed until 1990. The lyrical subject matter started to get weird with songs like “I Was There,” “Green Day,” and “Disappearing Boy” revealing a philosophical side of the group’s lyrics. These were loopy bursts of existential teenage poetry that share little in common with the political diatribes they’d snarl out on 2004’s American Idiot.

Like the music they contained, the cover art of these early releases was subtly weird and fuzzy. 39 Smooth’s bubbly design motif is dominated by a soft focus shot of a young girl in a floral print dress standing outdoors in the noon sun near some massive trees and a public monument. 1,000 Hours’ back cover shows a photo of the trio smirking, wearing loose-fitting clothes and shaggy hair styles that fall down past their shoulders with bassist Mike Dirnt hanging upside down from a stair case rail. Meticulous dye jobs and steely glares were nowhere to be found in ’89, back then these guys looked like totally chill ambassadors for California stonerism (the band name Green Day is also a Bay area slang term for a time when one sits around all day smoking pot).

1,000 Hours and 39 Smooth feature soaring back-up harmonies that juxtapose Armstrong’s odd nasal croon. There’s psychedelic fx on several songs, molten guitar solos a la Hendrix, and a hypnotic Lungfish-esque dirge called “Rest,” a rare moment of slowness for the otherwise thrash-obsessed drummer John Kiffmeyer. The Buzzcocks, fellow East Bay garage pop-punkers Sweet Baby, and Zen Arcade-era Husker Du heavily influenced the young group, but the harsher side of 1960s rock also had an impact. The Who’s “My Generation” was a staple of Green Day’s early live sets, so even if 60s rock wasn’t a main influence there’s no doubt a spark of the British Invasion was rekindled in the Bay area’s basements, backyards, and diy venues whenever these moody long hairs came to play.

Green Day’s newest Father Of All Motherfuckers blasts with overdriven MC5 crunch. Its melodies are primal and Armstrong’s falsetto vocals evoke Ian Svenonius at his wildest. It’s as close as they’ve come to revisiting the lo-fi elements of their early work, and shows that they’re still inspired by the extreme music that came before The Sex Pistols and Hot Topic. Other than their Beatle-esque 2013 album Tres, the band’s approach has barely changed since 1994 so Father’s intensity might just be a phase. In any case, Green Day’s 1980s records stand as examples of the originality and eccentricity that made pop punk one of the most subversive music styles to emerge from the first post-punk era.