Was nu metal really that bad? 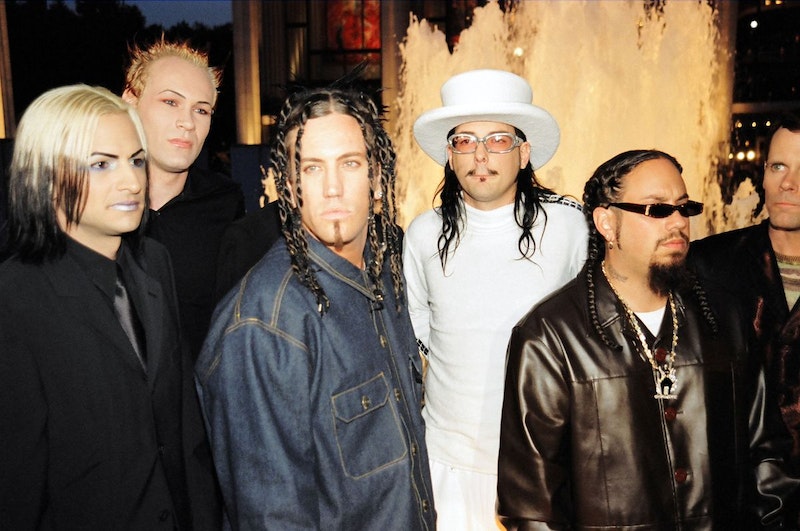 The “nu metal” scene of the late-1990s and early-2000s is one of the most hated subgenres of music. Like hair metal in the 1980s, nu metal was the soundtrack for angry white teens until it destroyed itself with drugs, clichés, and a changing musical landscape. But was nu metal really that bad? The truth is nu metal served a purpose, and produced some great music, but it couldn’t last forever.

By the mid-1990s, the alternative culture Nirvana sparked was dying. Radio stations like DC’s WHFS were playing shitty bands like Eve 6, and the Spice Girls made chart-topping manufactured bubblegum pop. Enter Korn, a quintet from Bakersfield, CA that introduced the world to a new form of metal. It was heavy but had a groove, so you could both mosh and dance to it. Vocalist Jonathan Davis sang for the misfit kids bullied in school and abused at home. Their self-titled 1994 debut album includes songs like “Blind,” “Clown,” and “Daddy” that still hold up; the latter track is sometimes hard to listen to, especially at the end when Davis breaks down in tears over sexual abuse as a child. (Despite the lyrics, Davis’ father did not sexually abuse him. It was a babysitter.)

Even then, Korn isn’t without faults, particularly with “Chutes and Ladders.” What’s meant to be a commentary on how most nursery rhymes have dark origins—although Snopes claims “Ring Around the Rosie” is not about the Black Plague—comes off as silly. It’s hard not to laugh when Davis screams, “Knick-knack paddywhack, give a dog a bone” repeatedly at the end. “Chutes and Ladders” represents one of the many flaws of nu metal that eventually led to its demise: it often took itself too seriously to the point of being ridiculous.

Nevertheless, Korn started a musical movement overnight. Many who bought their album immediately bought seven-string Ibanez guitars and formed nu metal bands of their own. Most of them were blatant Korn rip-offs, although some of them got better. Coal Chamber, for example, had a decent first album, but they didn’t find their own voice until the second album Chamber Music. Others, like Staind, started out with great potential (1999’s Dysfunction) but later got crappy (their breakthrough follow-up Break the Cycle, where singer Aaron Lewis constantly complains about his shitty parents). The rest of the bands were so forgettable that I don’t remember half of them.

There were a few bands that stood out. Slipknot incorporated a lot of trash metal into their music, creating a much harsher form of nu metal. Their legendary theatrics—ranging from percussionist Shawn “Clown” Crahan beating himself in the head to band members throwing shit all over each other—gave them the edge Korn lost once they became regulars on TRL. System of a Down was another unique band with weird rhythms and Serj Tankian’s odd voice. They were also a lot more political than other nu metal bands; while most were whined about daddy issues, System of a Down talked about the US blowing up Arab kids.

Then there was Limp Bizkit, the Scumbag Steves of nu metal. Fred Durst was every white boy you knew who tried so hard to be black. He looked like someone who would beat up Davis in high school, yet the two vocalists were good friends, and their respective bands were the biggest bands in the world for a time. I thought Limp Bizkit sucked. Some bands are great at blending hip-hop and rock, like Rage Against the Machine and Anthrax when they did “Bring the Noise” with Public Enemy. Limp Bizkit, on the other hand, was an embarrassment even before Durst rapped with Christina Aguilera at the MTV VMAs. The band’s popularity was the first step towards the death of nu metal.

Not surprisingly, drugs were a problem within the nu metal scene, which also led to the gradual demise. Most of them eventually got sober—Korn’s Brian “Head” Welch and Reginald “Fieldy” Arvizu found sobriety through Christianity—but others, like Slipknot bassist Paul Gray, didn’t make it. The biggest death blow to nu metal, though, was that it became ridden with clichés. By the time the Strokes and the White Stripes made indie rock mainstream in the early-2000s, people hung up their JNCO jeans for good.