Keeping Up With the New

I look for new music in record stores. 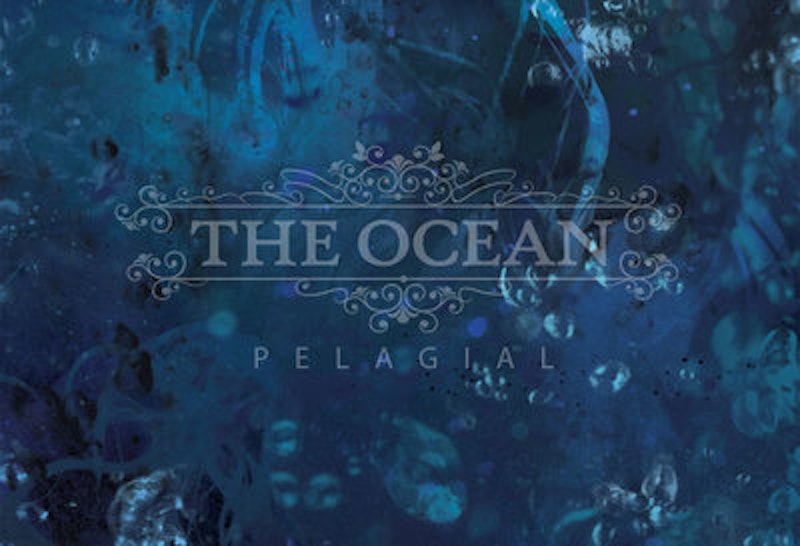 I’m old enough that I still think of buying an album as an act involving travel to a specific place and the acquisition of a physical item. Which is to say that I look for new music in record stores. About two years ago I was in the metal section of my local HMV megastore, and spotted an album called Pelagial by a band I’d never heard of: The Ocean. What drew my eye? Maybe its anonymity. A seascape, fitting the title; a blue and green near-abstract. The lack of ego was appealing.

I found the album in a nearby listening booth and gave it a try. A meditative intro gave way to a post-metal collage of strings, complex beats, and squalling guitars. I liked it, but didn’t buy it at once. In the emerging new world of music consumption, I’m half-evolved: I stick to the CD format even as the shiny discs become harder to find. I let myself be impressed by album covers, but before buying something by a band I don’t know I look them up on Wikipedia.

The Ocean, I learned, was also known as The Ocean Collective, and had been formed in 2001 by guitarist Robin Staps. Pelagial was their sixth album. I found a copy of the album on YouTube and was soon hypnotized despite the non-optimal sound quality of the upload. Each of the songs on the album was named for a different oceanic depth zone—Epipelagic, Mesopelagic, Bathyalpelagic, and so on—with many of the songs broken down into suites. The music grew heavier and denser over the course of the album as the titles followed the depth zones down to the benthic. Over the next few weeks I found myself listening to it again and again; finally I broke down and went back to HMV to buy it.

I’m not a Luddite, but I’ve reached the age that it’s difficult to move on from places I’ve grown used to. I can remember when the HMV store opened, about 25 years ago. It was a corporate colossus, holding three floors of music. Now it’s trying to stay afloat by cutting back on the number of CDs it carries—though niche categories like metal stay well-stocked—and I remember how LPs and cassettes faded away from stores in the 1990s before resurrected as hipster-friendly media.

I remember Boxing Days: HMV and the now-vanished Sam the Record Man chain had competing sales every year. Sam’s sold everything in their store for 20 percent off, while at HMV if you bought four CDs the cheapest one was free. Work it right and you saved a lot of money. Both stores were madhouses you had to line up to get into, but across successive December 26th’s I built a CD library and bought a lot of music I wouldn’t have otherwise tried in those pre- and early-Internet days.

Three or four years ago I went by HMV on Boxing Day. No line-up, no crowds. I bought a couple of albums and asked the cashier if it’d been a rough day. He told me it’d been easy enough. “Not many people buy CDs these days. But I wouldn’t want to be working in some other stores.”

A few months after that I bought Pelagial and proved his point: I ripped the album to an MP3 so I could listen to it on my portable player. The sound’s indistinguishable from CD to my ears, rich and dynamic, but a dedicated MP3 player’s already almost obsolete. Times change, technology changes; and our relationship to music is mediated by technology. What we use to listen to music, where we buy music, how the music’s composed—every step along the chain of production’s shaped by technology, and technology’s always in motion.

On Boxing Day, 2013, I bought the two Ocean albums that preceded Pelagial. Heliocentric had been released early in 2010, Anthropocentric later the same year. The first was a concept album about the Catholic church’s reaction to Galileo, the second a challenge to creationists and Protestant fundamentalists structured around a trio of songs about The Brothers Karamazov. You either like philosophical ambition in your metal music or you don’t; I do. These albums are more austere than Pelagial, more cerebral, but oddly moving. I think the music’s less varied, but the vocal performance is stronger and more affecting, melancholic without being gothic. The lyrics wrestle with abstruse ideas in the history of science and attempts to move forward into the future; the themes feel timeless, depicting a struggle I’m finding a constant in my own life.

I liked both albums well enough that last December 26 I picked up the band’s first three albums. Fluxion was released in 2004, but when I went to the band’s website while listening to it I found that the version I’d got was a 2009 remix with new vocals. It’s a complex debut, both harsher and more traditionally prog than The Ocean’s later work. Some of that may be the remixing and remastering; 2006's Aeolian is brutally direct by comparison. 2007's Precambrian shows considerable advancement from both. Divided over a full-sized CD and a mini-disc, it’s a kind of tone poem evoking the feel of the earliest era in Earth’s history. Like I said: you appreciate the ambition, or else you don’t.

Remixes and mini-discs and websites: technological ideas change. By the start of this year I owned six albums by The Ocean and still didn’t know what the band looked like—an odd inversion for somebody who grew up in an age when the music video was king. Browsing The Ocean’s website I found one PR photo of the band, taken underwater. Names weren’t associated with faces. I’d no idea who was who.

Recently, though, I followed the band on Facebook, meaning live videos and links to interviews occasionally turn up in my feed. That’s led me to videos on YouTube. Where I’m foolish enough on occasion to read the comments, some of which have useful suggestions for other bands to follow (Amplifier, Pelican, Russian Circles). Add them to what I hear on web radio stations and what I hear on podcasts and what I read on review sites and all the bands I find out about from other places online. It’s more music than any store can physically carry, but at least I know who all these people are.

At some point I’ll break down and buy an ungodly amount of music from Amazon. But I’m not there yet. Technology changes the experience of music, but also itself changes, and at an increasing rate. As a mere human I’m too slow to keep track. By the time I get up to speed in one area I’m behind somewhere else. The challenge of being a young music fan is learning all that you don’t know; but now it’s easier than ever to learn. It’s the challenge of the older fan that’s my problem, the constant challenge of aging—keeping up with the new.