It’s Never Too Late to Start to Regret 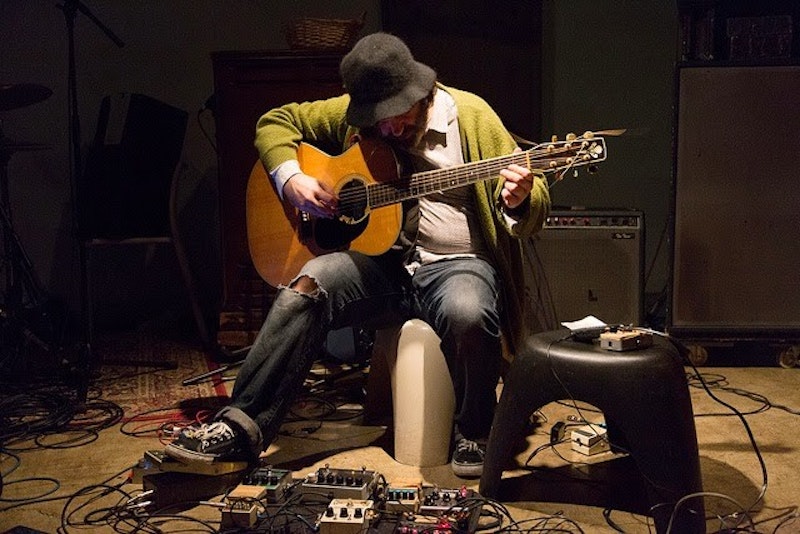 Jim O’Rourke is a magna cum laude misanthrope, a musical polymath that made his name as a Zelig-like figure in underground and experimental music in the nineties, eventually joining Sonic Youth for five years and mixing/producing Wilco’s two most beloved records, Yankee Hotel Foxtrot and A Ghost is Born. No need for a recap—like one of O’Rourke’s heroes, Van Dyke Parks, his solo work is far more interesting than anything he had a helping hand in. Murray Street and Ys are fucking great, but I’d rather listen to Insignificance or Song Cycle most days. Both Parks and O’Rourke are obsessed with hiding musical references and jokes in their arrangements—like the downtrodden strings on “Vine Street” that mimic Beethoven’s Ninth, or the histrionic saxophone solo on “Through the Night Softly” that evokes the ending of Saturday Night Live.

O’Rourke’s new album Simple Songs is streaming a week before its release courtesy of NPR. The quality of the stream would probably bring O’Rourke to consider suicide, but luckily he’s so out of the loop that we’re allowed to preview his new songs, tinny as they are on NPR. Five listens later, my first impression is that this is more like The Visitor than any of the other Drag City “pop” records. If the connection between The Visitor and Bad Timing was obvious, the link between Simple Songs and Eureka is less clear. The very presence of distorted guitars and harmonized lead lines a la Thin Lizzy is a far cry from the antiseptic dentist palate of Eureka, but this record is much too fussed over and dense to sound anything like Insignificance, which was written and recorded in a week. Simple Songs, like The Visitor, took years and years to make, and was mostly made in O’Rourke’s shoebox apartment in Tokyo, where he has to play extremely quiet and time his trombone overdubs with his next door neighbor’s trip to the grocery store.

Simple Songs is simply too dense and winding to get a grasp of it in a day, especially through a stream with no low end that just absolutely stabs you in the ears. “Friends With Benefits” opens the record, his first original vocal in fourteen years: "Nice to see you once again/Been a long time, my friends/Since you crossed my mind at all.” Most of the words are still hard to make out as I’m just gaining a foot in the music, which twists and turns and morphs and moves constantly, virtually at the same rate as Song Cycle, but with Eagles instrumentation. Even The Visitor had one or two themes that were regularly revisited and revised—Simple Songs never stops changing. It sounds like it took years to make, and fussier than the fully formed and whipped out records in the first series. “Half Life Crisis,” like Prince’s “Baltimore,” evokes yacht-era Steely Dan, especially the song “Time Out of Mind.” Even more than a proper listening experience, Simple Songs needs to be read as well as listened. Little has sunk in, but this is no lemon: Jim O’Rourke makes the world a better place once again.