On the bargain between avant-garde and jazz. 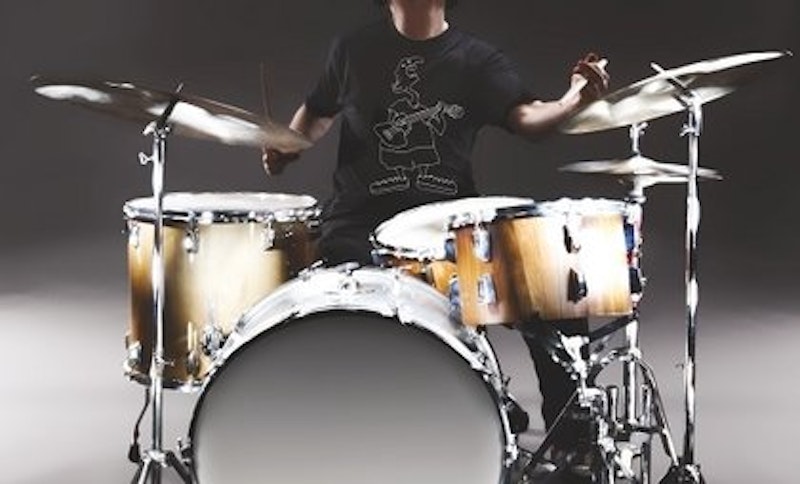 Although it started out as pop music, jazz's emphasis on solos and improvisation fit perfectly into the avant-garde's meme of genius artists as category denying innovators. The partnership had benefits for both, too. In embracing jazz, the avant-garde could be less stolidly upper class and irrelevant. And in embracing the avant-garde, jazz was able to annex for black men (and some black women as well) the title of assertive, transcendent, conscious, groundbreaking genius usually reserved for white guys. Miles Davis and John Coltrane became the Jackson Pollocks and Picassos of their day, and remain culture heroes and cultural touchstones.

I like Miles Davis and John Coltrane, and Jackson Pollock and Picasso as well. I do wonder whether the bargain between avant-garde and jazz hasn't served out its usefulness at this point, though. Joey Baron's Just Listen, released earlier this year, is a case in point. A set featuring Baron's drumming and Bill Frisell's guitar work, the album is an hour-long exercise in disjointed splashes of sound and idiosyncratic exploration—the space around each and every rhythmic or lyrical hiccup functioning as a string of insistent quotation marks. "I am about to reveal my genius," says Baron, and then the drums go bumping. "I am about to reveal my genius," says Frisell, and the guitar goes plinking and plonking. Then the audience claps.

The problems with this approach become most clear on an extended, eight-and-a-half-minute long version of Sam Cooke's classic "A Change Is Gonna Come." The original performance addresses the civil rights movement by blending pop and gospel. Cooke's inimitable, drawn out phrases, almost yodels, soar over string-laden, orchestrated, frankly conventional backing—the assertion of individual talent and hope juxtaposed against a communal idiom. The song's form balances its meaning, the desire for transcendence and acceptance wrapped around each other. When he declares, "I go to the movie, and I go downtown," Cooke's own movie-star level success slides around the barriers of segregation and prejudice.

Baron and Frisell are clearly responding to the spirituality and yearning of that message. But stuck as they are at the far end of jazz's avant preoccupations, they’re unable to find that sweet spot between individuality and communal dream. Instead, they have to be geniuses. From the opening bars, Frisell fragments the familiar melody and Baron drags along like a broken metronome. They are clever and earnest, and incredibly pleased with themselves for being both at once. Every lick declares, "this is a song with meaning." You can almost see the performers scrunching their faces up with internal appreciation of the spiritual truths they are channeling. By the end, when they move into a kind of blazing Hendrix approximation, the cock rock connotations are entirely superfluous. A measured, painful song about the hope for, and limits of, individual assertion in the face of injustice has been turned into an opportunity for a couple of white guys to strut their virtuosity and empathy.

The issue here is not that white guys shouldn't perform this song—odds are that there were a number of whites on that Sam Cooke track, and Otis Redding's amazing version is backed by the integrated Booker T. and the MGs. Rather, the issue is that this particular pathway of jazz, as performed by Baron and Frisell, has reached a level of decadent self-absorption so advanced that it has trouble embodying any emotion other than a smirking smugness, even when that smirk is wildly inappropriate. Baron and Frisell are undeniably talented, but their inability to say anything other than "we're undeniably talented!" makes you want to run in the other direction when they insist that you should Just Listen.