Is the British pop performer trying to be authentic? 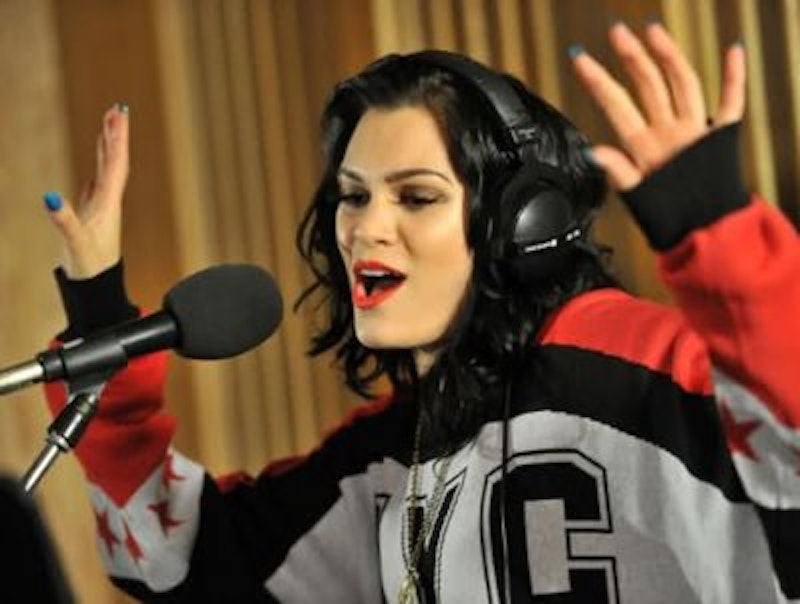 British pop performer Jessie J is nicely summed up by her 2014 mega-earworm "Bang Bang." The song, collaboration with Arianna Grande and Nicki Minaj, is an enthusiastic piece of vacuous pop. Even grinding in a skin-tight piece of nothing at the AMA's, Jessie J comes across as more high-spirited than sexy.

The bump-bump with Taylor Swift in the audience isn't transgressive so much as adorable, as is that moment when she gives Nicki a hand so the rapper can get down the stairs in her high heels. Beyoncé brings real heat to her performances; Swift goes for confessional revelation. Jessie J for her part seems happy enough to do Vegas as Vegas, embracing a cheerful surface of anonymous glitz.

Which is why it's so odd to find that Jessie J, of all people, has made a habit of recording acoustic versions of her songs.

As Hugh Barker and Yuval Taylor point out in their book Fakin' It, acoustic music is perceived as authentic and "real." MTV's MTV Unplugged encouraged musicians (most notably Nirvana) to present a performance sans electricity "as a response to the public perception that the contemporary music scene was obsessed with image rather than content." Dispensing with electric guitars (or, in Jessie J's case, the full panoply of studio effects) is a way to look real. Which, again, seems odd in a performer like Jessie, who, you'd think, couldn't find "real" with a GPS, and wouldn't have much incentive to try.

So is Jessie J trying to present herself as an authentic singer-songwriter? Certainly, a ballad like "Keep Us Together" could just about be coffee-house patrons when you use just a single acoustic guitar as backing.

At the very least, Jessie is demonstrating that she doesn't need autotune or production. In whatever setting, her voice is a titanic; classic-R&B-worthy force of nature, with hog-calling power that would make Eric Burdon cup an ear. "Real" can mean lots of different things, but if it means, "This person is actually able to sound live like she sounds on her records," then Jessie J's acoustic performances demonstrate that she is in fact "real."

Not all of Jessie J's acoustic numbers fit so easily into a pseudo-folk idiom, though. When she sings "Bang Bang" with just a guitar backup, for example, it doesn't come across as a roots exercise.

The guitar has a crunchy indie rock feel, maybe, but Jessie's vocals are all hip-hop pop—grunts and yodels and rhythmic stuttering that borders on rapping. And if you doubted that the song is supposed to have a giant gloppy production, you just have to watch her. Her butt may be sitting on her seat, but the rest of her body thinks it's in a music video, as she twists and throws her hands, like she's caught in some sort of wind tunnel of choreography.  Her performance of "Burnin' Up" is even more theatrical, as she adds in corny heavy breathing and a Michael Jackson hand-point when she name-checks "Billie Jean." "My voice is going, so I think my hands were helping," she jokes at the end, and it's true—her mugging and twisting and seat-dancing are almost another musician. The guitarist seems superfluous, and more than a little incongruous. She's singing sugary stadium pop; what's the acoustic guitar doing there anyway?

Jessie J's acoustic performances don't turn her into an authentic rootsy performer. Instead, they emphasize her theatricality and artificiality. Take away her skin-tight outfits, professional dance numbers, rap guest stars, and layers of production, and she's still going to give you a great, glitzy show. I'm not sure if that makes her real or fake. But, either way, she's sure fun to listen to.