Echoes, strong and faint, of the 1970s blues revival. 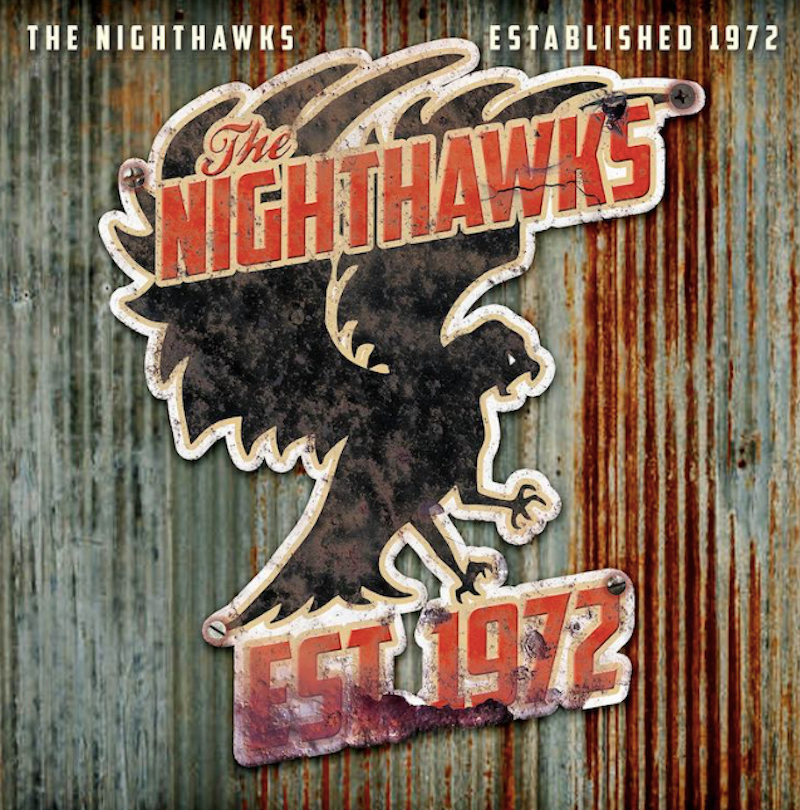 Always, the problem with big popular music: too slick to be expressive, too mechanical to be mean, too perfect by a ways, not quite fully human. That's why Mick Jagger probably didn't like Nelson Riddle or Doris Day. It's why, by the late-1970s, belated hippies, proto-punks, and rednecks, people not otherwise affiliated, looked suspiciously at the Eagles and Fleetwood Mac, and may not have been entirely opposed to disco demolition night, though we were wrong about that because disco was pretty great.

Right now, it’d be surprising to have a pop record that wasn't perfect in various ways, even if it's not a good song or an interesting performance. A recording is assembled rather than performed, a trend that has continued for a long time, mechanizing even country music. But that leaves one empty deep inside. It's a reason Adele dominates: the seemingly direct unprocessed humanity of her voice, on the radio alone with a piano, provides a vivid contrast to the tech.

The beauty of imperfection, of roughness, simplicity and directness, is called by the Japanese "wabi sabi." It's one thing kids of the 1960s loved about Bob Dylan. It's the reason, or a reason, that every hip British kid in 1963 was listening to the blues: they heard the roughness as authenticity and then-current British pop music as fake. But we could think of any great bluesy bar band: the rough venue, and the rough fun: what rock 'n’ roll really means.

Lately—perhaps in response to a couple of years of Zoom and an ever-greater sense that my experience is entirely electronic, or consists primarily of social relationships with information-processing devices—I've regained my tolerance for real music, like two old masters in a living room, playing the blues like they did in '72. Or an excellent band thinking that if they can just get their bar set onto a record, people will like it. They liked it at the bar, after all.

I wrote a paragraph last week about the Nighthawks' new album, Est. 1972, but I'd only had a chance to listen through once. Since then, a couple of the new original songs ("You Seem Distant," for one) have been running through my head, so I'm revisiting. In the 1970s, before punk hit, the Nighthawks might’ve been DC's most beloved bar band (though what was really happening in DC music at that time was the equally rough and real Go-Go). I saw them first at a free concert at Fort Reno Park near my Junior High. They played weekly at Mr. Henry's off Tenley Circle. Too young to drink, we used to hang around outside, making out the snatches of song. I was learning blues harmonica by imitating the Hawks' Mark Wenner.

There were better blues bands in Chicago, and maybe Boston. But the Hawks were our own, and I'm pretty sure it's not possible to have more fun in a bar ("Live at the Psychedelly!" as it were). Wenner's the only original member left. The biggest loss was their great guitarist/showman Jimmy Thackery, who used to play solos duck-walking on the bar at Henry's, but the replacements are DC veterans, including my step-brother Dan Hovey (who was known as Dizzy Rush when he was a member of the Sex Change Band). Hovey plays that loose and juicy Les Paul (I think) throughout, and shares the singing with Wenner and bassist Paul Pisciotta.

Est. 1972 sounds like it was recorded live in a studio with few overdubs. The beat might slow and accelerate, indicating that it wasn't built around a BPM click-track. It sounds like a loose-ass bar band having lots of fun. The lyrics are so 1970s rock: "It don't matter how much she's showing, she looks good coming and she looks good going." I didn't know how much I still wanted that, or that anyone could still make it sound this fresh. Lord knows why, but they cover the "rude boy" classic "Johnny Too Bad," and they make it work.

If the Hawks were a great local bar band of the 1970s blues revival, Taj Mahal and Ry Cooder were more serious: archivists and virtuosos, playing theaters and campuses rather than bars. No one was really going to hire the Nighthawks for their folklife festival, but you might hire Taj or Ry not only to play, but to curate. They've got a new album together: Get on Board: The Songs of Sonny Terry and Brownie McGhee. I’d forgotten this, but Taj Mahal and Ry Cooder started out in the mid-1960s, as teenagers in LA, in the same band, Rising Sons.

In 1974, the two albums in heaviest rotation on my cheap-ass turntable were probably Ry's Paradise and Lunch ("a man is a fool who thinks his wife loves nobody else but him") and Terry and McGhee's Sonny and Brownie. Under the spell of Taj and Ry, I remembered that album and returned to it this week. The great Sonny Terry, already an old man, plays astounding harmonica, and they work up into a then-contemporary soul and gospel sound reminiscent of Bill Withers or the Staple Singers in that era. With people like Arlo Guthrie, John Mayall (the white boy lost in blues), and John Hammond, they run through a joyous and moving set of excellent songs, rehearsed but not too polished. I'm not reviewing an album from1973 but I want to send you to, or back to, that one.

On the new record, it appears, and sounds, like Taj and Ry just sat in a room playing. Damn that shit is good. Cooder, one of the all-time great guitarists in a dozen world-music genres, plays guitar, mandolin, etc. with complete loose bluesy mastery. Taj mostly plays harmonica, and in a fairly low-key way does it extremely well. I wouldn’t try to play harp on a Sonny Terry tribute album: all the shit that Sonny could do that I can't would immediately be apparent, and even more apparent would be the fact that whatever Sonny did he did it with a loose rhythmic perfection, just behind or just ahead of the beat, pulling the band back or driving it forward. Taj chugs along with a fat tone that says "Piedmont blues" with every note, and doesn't try to reproduce all those inimitable riffs.

Sticking it on stream, I seem to be back where I was in '74: every note on the new albumsounds real, and that's partly because it's still ragged even if beautifully played. I've started yearning toward unfinishedness, and evidently that's not only where Ry and Taj started, but where they're ending up.

Now where Bonnie Raitt is ending up is, if you ask me, less enjoyable. If Mark Wenner, Taj Mahal, and Ry Cooder are responding to age and isolation with rough-hewn attempts to recover reality, Bonnie Raitt is making polished-up songs about... hospice care. Disclaimer: I love Bonnie Raitt. I've seen her many times. She’s a great blues player and was a great band leader in the 70s. Her version of Sippie Wallace's 1926 song "Mighty Tight Woman" is my candidate for the sexiest recording ever made.

There are some solid soul songs on Just Like That, but nothing that does an instant grab. I appreciate that she plays a lot of good slide guitar. But speaking of reggae, she tries one with "Love So Strong." It has everything but the swing. Several of the songs ("Here Comes Love," for example), feel unfinished or under-realized, both lyrically and melodically. In The New York Times, Jon Pareles manages to compare the volunteering-at-the-hospice song ("Down the Hall") to John Prine's "Hello in There." Well, play them back to back to see how far Bonnie is from really conveying the feelings that she's attempting to.

There are a couple of Covid-isolation songs, bringing back the despair. She's "facing the darkness" or "coming to grips with aging and death." I just wish she'd found some affirmation here too, and more fun. Also I'd loosen the production reins; it's too polished, especially for the emotions she's trying to express, and especially if you just listened to Taj Mahal. It gives the feeling of Bonnie petering out, which saddens me enough to think that I'll never play the album again.

Sometimes the echo comes back as vividly as it went out; sometimes it's barely audible.