Days of Waning and Wailing 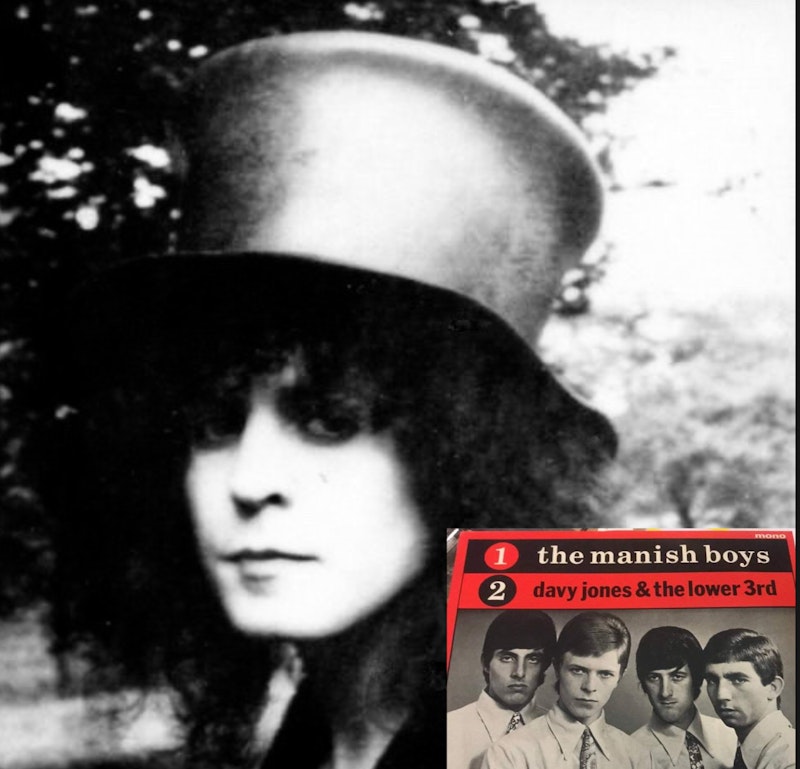 What’s left in the waning music industry? The stagnation of new material from old rock & rollers launching comebacks, reissues, and anniversary box sets commemorating their careers. The proliferation of documentaries, farewell tours, and exposé biopics, popping everywhere. Maybe it’s time to step back for a breather. The T. Rex legacy is currently in the mix of new releases issued from posthumous bands. It’s nice to wax nostalgic about dead rockers.

Of those rocking icons still alive and kicking, say, Alice Cooper and Bruce Springsteen, among others, continue doing their shtick. Heaping piles of box set compilations are hitting the market worldwide. All the rock gods are angry, and hungry, competing for hot top spots on rabid collector’s dusty shelves and old school turntables. The dollars stack up neatly.

To never say die, hey, we’re still here, even if we’re all dead. But, not all are gone and forgotten. From the lukewarm leftovers of The Beatles and pebbles from the dwindling Stones, to burned-out Beach Boys and Beastie Boys. The hits keep on coming, all over again with a silver bullet in the bullseye heart of rock's glory days. T. Rex couldn’t be closer, or farther from the true meaning of a giant killer lizard. Not just another dinosaur, or a big time prehistoric Dino rock band. In the immortal lines of Marc Bolan, from “Ballrooms of Mars,” “There are things in night, that are better not to behold.” The cover Nick Cave just released of “Cosmic Dancer” on a tribute comp leaves nothing to the imagination. A mediocre attempt to redo a masterpiece. It can’t be duplicated. The mystique of Bolan is interesting trivia for the gossip factory fanboy clubs, zine scenes, and rock aficionado debates.

At least T. Rex still represents a significant role in the annals of rock history without all the rigmarole of mainstream superstardom. Picture London,1964, two young upstarts sitting on the grass, smoking grass, in the park strumming acoustic guitars, riffing off each other’s licks, and lyrics. It’s Bolan and Bowie, then known as Mark Feld and David Jones. With their heads in the clouds, and magic in the air, their only goal in life was to be pop stars. The bromance forged a bond not merely musical, but as mutual trendsetter icons, crowning them the Kings of the Mods. Rummaging through the dustbins, foraging dumpsters of Carnaby Street alleys, picking glad rags discarded by high-end fashion shops, playing dress-up for the alt-images they created. Five years later, those fashionista fantasies became a true sensation. Forget about Donovan and Gary Glitter.

On the other hand, no self-respecting Teddy Boy would be caught dead in cross-dressing drag. Wearing heavy makeup and gaudy nail polish, stumbling around in clunky platform lizard leather boots, high on mandrax pills and booze. It would definitely demand, deliver and receive a beat down from those rude boys. In spite of all that, success came in spurts at first. Playing the swanky London clubs, outdoor festivals, and happenings that made England ground zero for everything swinging, futuristic and shabby chic at any hipster event.

From Bowie’s alter ego, Ziggy Stardust, and Bolan’s Electric Warrior and The Slider albums, the glittering glam revolution was born. Imagine that hippy, dippy, trippy, funkified folk-rock, combined with a freaked-out Middle Eastern flair. Persian rhythms mixed in jazzy bop, syncopated blues. Unlike Ziggy, and Iggy Pop, another comrade contemporary, T. Rex had a rare and extravagant sound. A mélange embellished and produced with a luxurious two-dozen piece string orchestra section and extraordinary back up vocal choruses by Flo & Eddie. The duo were Zappa stalwarts whose golden throats evoked the iconic sound that put T. Rex in rarefied air, heads above all others. The angelic doo-wop choir, vocal styling, only Flo & Eddie, (Fluorescent Leech and Eddie) could deliver made T. Rex tunes better than they could be sans their ethereal songbird contributions.

Enter Ringo Starr, who snapped the original photo that adorns the album cover of T. Rex’s Slider. I always thought the top hat Bolan wore in that pic was black. I recently saw another color photograph of the hat. It was brown leather. Like something a hippy elf would wear in a Tolkien tale. And there are tales to tell. I wonder if Bolan hadn’t died in that car crash, would he and Bowie have put out an album together? That would’ve been something else.