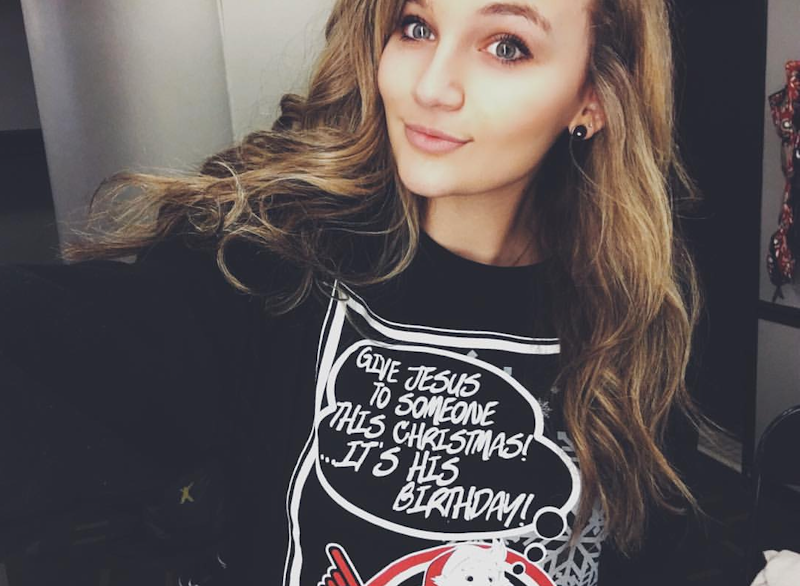 “Lovely” by Hollyn is a perfect pop song. Innocent yet profound, specific while archetypal, gorgeously sung and with a great chorus, it’s perfect for the summer.

“Lovely” also gets right what more and more pop stars get wrong: great pop music is not about self-affirmation and liberation based on a faddish social justice theory, but about dependence, even obsession, with the love and affirmation of others, particularly a loved other. It’s about slavery.

Yet great pop music is about being enraptured by things that may or may not serve us. “Baby I Need Your Loving.” “She Loves You.” “Drunk in Love.” “One.” These are songs about the power others have over us. Great rock ‘n’ roll is not about social justice, it’s about connecting with a higher power and abandoning yourself to someone or something else. It stands against political correctness and political movements and for what Aldous Huxley called “the monster of the obvious.” “Almost all that is most daring in contemporary art is thus seen to be the fruit of terror,” Huxley once wrote about self-directed modern art. “The terror, in an age of unprecedented vulgarity, of the obvious. The spectacle of so much fear-inspired boldness is one which I find rather depressing. If young artists really desire to offer proof of their courage they should attack the monster of obviousness and try to conquer it, try to reduce it to a state of artistic domestication, not timorously run away from it.”

What makes the best pop music such a liberation is that it stands firm and reveals, and celebrates, the monster of the obvious. Men and women are different. Money is fun and sexy. Cars are cool. The word is enchanted. Most of all, love is a dynamic, transcendent reality that is more powerful than the physical world and that makes us lose ourselves. To feel that love we rely on an other, on God, or on both, not on ourselves. That’s why Whitney Houston’s ode to self, “The Greatest Love of All,” is one of the worst songs ever written, and Bob Dylan’s “To Make You Feel My Love,” about total commitment to another, of one of the greatest.

Hollyn’s “Lovely” is a gaze directly into the heart of the obvious. It sits between the degradation and cowardice of rap, which is easy, angry bluster, and the humorless liberal narcissism of go-girl pop. It describes a girl oppressed by what people say about her appearance, but finding deliverance when someone calls her “lovely.” Lovely is a beautiful, old-fashioned, and tender word, carrying sensual and heavenly connotations, and the hook is pure bliss.

Always wonderin’ what they thinkin’
So afraid of what they sayin’
When I ain’t fixed up
Got me mixed up, no-no

Hollyn is a Christian music artist. Born Holly Marie Miller in 1997, she sings a mixture of pop, R&B, and Christian music. She was a contestant on American Idol during season 12 and made it to the Hollywood rounds. But whether it’s God, a Jungian universal archetype, or the contemplative mind of the universe, it’s not Hollyn herself. She has the bravery to encounter the other who can control her fate. This girl is more “woke” than Katy Perry will ever be.

H.L. Mencken once called women “the greatest hazard a man will ever encounter.” He added that it was “a puling and tacky fellow” who avoided the dangers of love “on the grounds that it has hazards.” If Perry wants to be relevant, she’ll stop talking about herself and start taking real risks. Any pop star, especially today, can virtue signal. It takes more to lead with your heart.